You're Wearing A Mask Every Time You Use A Public Toilet, Right? - Rugby and Daventry Radio Station Midlands UK

You’re Wearing A Mask Every Time You Use A Public Toilet, Right?

You’re Wearing A Mask Every Time You Use A Public Toilet, Right? 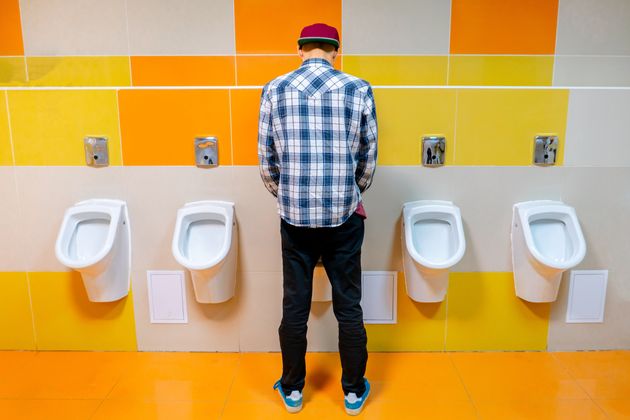 Mask-wearing is mandatory in most settings nowadays, but it’s not *technically* the case in public toilets. Yet, you should probably wear one anyway.

A group of researchers from Yangzhou University in China say flushing public toilets can release clouds of virus-laden aerosols for you to potentially inhale. And flushing urinals does the same, possibly even more violently.

Previous studies have shown transmission of Covid-19 could occur through faeces, so it’s not great news that public toilets could be flinging germs up into the air – especially as some loos don’t even have seats you can put down.

What’s the solution to staying safe, then? “Wearing a mask should be mandatory within public restrooms during the pandemic, and anti-diffusion improvements are urgently needed to prevent the spread of Covid-19,” said study author Xiangdong Liu.

In June, Yangzhou University researchers said toilet flushing “creates a great deal of turbulence”, after computer modelling suggested droplets may be carried to a height of nearly three feet (0.9 metres) from the ground, where they might then be inhaled or settle on surfaces.

“One can foresee that the velocity will be even higher when a toilet is used frequently, such as in the case of a family toilet during a busy time or a public toilet serving a densely populated area,” said co-author Ji-Xiang Wang.

The study didn’t show the likeliness of catching coronavirus in this way. The most common form of transmission is still known to be droplets from coughs and sneezes – but it’s certainly food for thought.

A new piece of research from the same university, published in the journal Physics of Fluids, found flushing a urinal causes a spread of aerosol particles to be released. Researchers simulated and tracked these particles, and found the trajectory of them ejected by flushing a urinal “manifests an external spread type, with more than 57% of the particles traveling away from the urinal”.

When men use urinals in a public toilet, these tiny particles can reach their thigh within 5.5 seconds when compared to the toilet flush, which takes 35 seconds to reach slightly higher, computer modelling showed.

Particles from urinals “show a more violent climbing tendency,” Liu said. “The climbing speed is much faster than toilet flushing.” 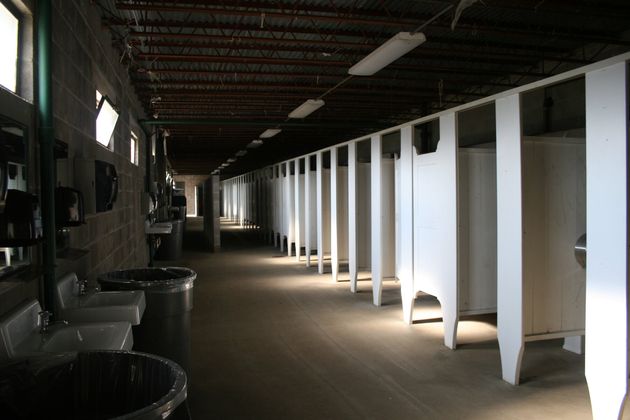 Whether people actually catch Covid-19 from public bathrooms remains to be seen. Dr Julian Tang, honorary associate professor in respiratory sciences at the University of Leicester, points out that urine is “actually sterile in otherwise healthy people – and very little or no SARS-CoV-2 is generally shed in urine”.

“It is the sample type in which SARS-CoV-2 is least commonly detected, so this should not be much of a risk,” he says.

Faecal-oral transmission may still be possible with this virus, he says, but it’s probably quite rare compared to other respiratory transmission routes. That said, “we still need to be aware and remain vigilant about this possibility,” he adds. “We know that the earlier SARS-CoV-1 was the cause of a large community outbreak in Hong Kong in 2003 from a leaking sewer pipe.”

Should you wear a face cover during a toilet pitstop, then? Absolutely, says Dr Bryan Bzdek, research fellow at Bristol Aerosol Research Centre, University of Bristol. “A face covering will help to reduce exposure to aerosols and droplets produced by toilet and urinal flushing,” he tells HuffPost UK. “In addition, you should always wash your hands after using the toilet.

“The less time you spend in the public toilet, the lower your potential exposure, so also avoid lingering in the toilet whenever possible.”