Women Are Becoming ‘Hidden Victims’ Of Heart Failure. Here’s Why.

Women Are Becoming ‘Hidden Victims’ Of Heart Failure. Here’s Why. 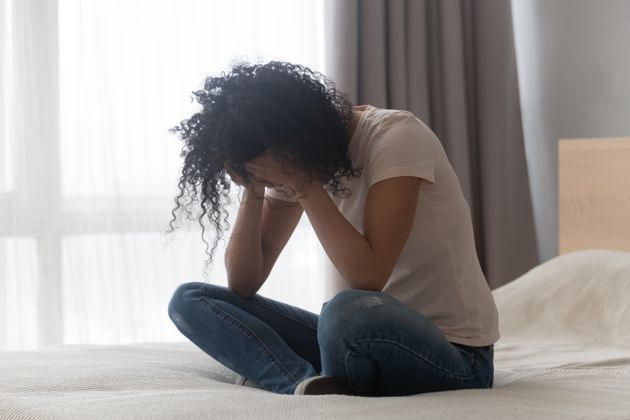 Women are waiting significantly longer to be diagnosed with heart failure than men, a new report has revealed, with delays associated with poorer quality of life, financial losses, mental health issues and avoidable deaths.

Heart failure, when the heart is unable to pump blood around the body properly, often occurs if the heart has become too weak or stiff, says the NHS. An early and accurate diagnosis is critical to ensure rapid access to treatment, reducing the risk of long-term complications and preventing early deaths.

The new report by Roche Diagnostics and the Pumping Marvellous Foundation analysed patient survey findings and hospitals statistics and highlights the missed opportunities to diagnose, as well as the hidden cost of late diagnosis.

Among the ‘hidden victims’ of heart failure, it identifies that female patients are 96% more likely to be misdiagnosed than men. While 44.5% of women surveyed said they were initially misdiagnosed, just 22.7% of male patients said the same. The most common misdiagnoses amongst women were asthma (30.4%), anxiety or depression (22.4%) and acid reflux (13.6%).

The report found more than one in 10 women spent more than six months waiting for their heart failure diagnosis. Women are also more likely to hold off making an appointment with their GP after developing symptoms, with 13.2% of those surveyed waiting longer than four months compared with 5.8% of men.

Experts say these stark inequalities could be down to heart problems too often being seen as ‘a man’s disease’ and heart failure not being prioritised in the same manner as other disease areas, like cancer.

My GP never mentioned they thought I might have heart failureSarah, from Hull, was 42 when she was diagnosed

Sarah, from Hull, was 42 when she was diagnosed. She visited her GP multiple times over a 10-month period and was misdiagnosed with rheumatological concerns, despite the fact her father had a heart condition and she had Type 1 diabetes, a common co-morbidity.

“My GP never mentioned they thought I might have heart failure,” she said. “In fact, one of them actually said, your symptoms are probably not to do with your heart because you’re young and female. Even though my father had a heart condition and I’ve been Type 1 diabetic for 40 years, it was never considered.”

Heart failure has worse survival rates than breast, prostate and bladder cancer. Almost one in five patients who were admitted to hospital for heart failure died within six months of their admission in 2018/19, rising to almost one quarter within a year.

Nearly 10% of patients were also readmitted for the same cause within 90 days. Heart failure also has an emotional, social and economic impact on those who live with it.

The impact of Covid-19 on heart failure patients has been particularly acute, with appointments and surgeries put on hold to mitigate the spread of coronavirus. The report calls for improved education on the signs and symptoms of heart failure in primary care, as well as easier access to tools to aid swift and accurate diagnosis in primary and secondary care.

Professor Martin Cowie, professor of cardiology, Imperial College London, said the report highlights “major issues” surrounding the diagnosis of heart failure in the NHS. “In particular, there is a striking gender gap in the speed and accuracy of the diagnosis for women compared with men,” he said. “Too often heart problems are seen as a man’s disease – and are not even considered in a woman. This needs to change.”

If You Go On Maternity Leave With A Student Loan, Prepare To Be Screwed By The Interest