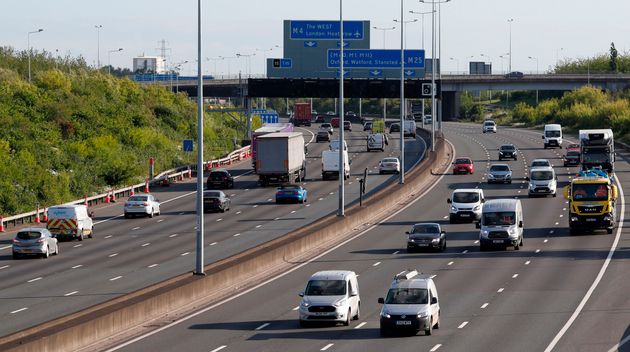 A woman fell onto the M25 while she was hanging out of the car window filming a Snapchat video, according to police.

Police in Surrey said the woman was in the front passenger seat filming out the window when she fell from the vehicle south of London on Saturday.

Police tweeted that it was pure luck she wasn’t seriously injured or killed.

The front seat passenger was hanging out the car whilst filming a SnapChat video along the #M25. She then fell out the car and into a live lane.
It is only by luck she wasn’t seriously injured or killed.#nowords
2846 pic.twitter.com/b7f1tPJTEb

A police spokesperson told the BBC: “Officers were called to the M25 between junction six and Clacket Lane Services shortly after 01:30 BST this morning following reports of a female falling out of a moving vehicle.”

She was treated by paramedics at the scene and her injuries were “not life-threatening or life-changing,” the spokesperson said. Police did not make any arrests.

After people on social media asked why the woman wasn’t arrested, police responded that “those involved certainly learnt a thing or two that night.”

The quest for selfies killed 259 people between 2011 and 2018, according to a global study published in the Journal of Family Medicine and Primary Care two years ago, CNN reported. The authors said that drowning, transport and falls were the top causes of selfie-related deaths, and the average age of victims was just under 23.