Will There Be A Corona Curfew? Here’s The Thinking Behind A 10pm Shutdown - Rugby and Daventry Radio Station Midlands UK

Will There Be A Corona Curfew? Here’s The Thinking Behind A 10pm Shutdown

Will There Be A Corona Curfew? Here’s The Thinking Behind A 10pm Shutdown

Amid the bleak news that Britain stands at a critical threshold in the pandemic, 10pm curfews have been rolled out across parts of the nation’s hospitality industry in a bid to stem the spread of the virus while allowing the economy to recover.

At the current trajectory, Britain could be facing 50,000 new Covid-19 cases a day by mid-October, leading to 200 deaths a day a month later if the current rate of infection is not halted.

Restaurants, pubs and bars in parts of England’s north-east are already under a 10pm curfew. From Tuesday venues in the north-west will join them, and there’s also talk of the measure being rolled out nationally.

So what does it achieve?

Linda Bauld, professor of public health at Edinburgh University, told HuffPost UK the move to impose curfews is an “intermediate” step in the fight against the virus. 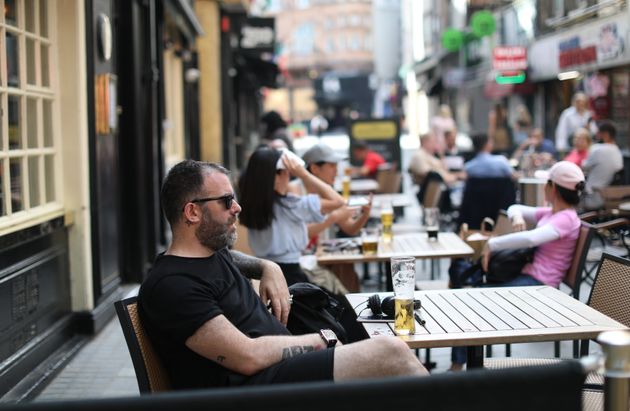 She said: “Many countries have taken this approach. The principle is, we know that night time economy generally is risky. There have been outbreaks linked to nightclubs – which are obviously closed here – and to bars and restaurants. We’ve known this for months.

“The longer people are in these venues, the more they probably let their guard down and the mix of social distancing and alcohol is not a good one despite the best efforts of publicans and venue owners.”

Behavioural expert Professor Susan Michie, who is a member of the government’s Scientific Advisory Group for Emergencies (Sage), told HuffPost UK she was not aware of any scientific evidence for the specific time of 10pm.

But anecdotally, late nights out drinking alcohol increase the risk of the virus spreading.

A returning holidaymaker who went on a pub crawl instead of self-isolating was partly responsible for Bolton’s “extreme spike” in coronavirus cases, the town’s council leader said. And in Seoul, South Korea, an outbreak was traced to the reopening of the city’s nightclubs, which have since been closed down again.

Professor Bauld added: “I imagine someone has looked at this from an economic perspective and thought, well, 10pm will allow restaurants to keep open to get some tables booked. The earlier the curfew, potentially the more effective it is, so I think that’s a balance.”

She continued: “Curfews are less restrictive than telling places to close and that’s what all governments around the world are grappling with. You’ve just opened up your economy as you release lockdown, businesses start to get back on their feet and then to turn around to them and say: ‘We’re totally shutting you down again, without a substantial bail-out package’ is pretty unpalatable.”

Speaking on the subject to Canada news channel Global News, Timothy Sly, an epidemiologist and professor emeritus at Ryerson University, said curfews can be useful in that they can restrict mixing between the possibly asymptomatic and healthy in enclosed spaces – where the virus thrives.

Professor Sly also implied that countries where face masks were not normalised in the community before the virus – unlike, say, east Asia where they have been worn as guards against pollution and general hygiene – would benefit from curfews.

He said: “If (the government) can’t trust you to wear a face mask to protect other people, then you’d better be home and off the street by the clock.”

While the curfew suggests the government does not want to shut the country’s hospitality industry again, it will have far reaching consequences, nonetheless.

Current curfews mean the premises must be closed and all customers must have left by 10pm.

“And so for restaurants and pubs that are fully seated, that halves revenues because you can only get one sitting, as opposed to two, potentially three, depending on what your normal trading hours would be.

“We saw over the weekend at those places in the north-east, drops in revenue of between 40% to 60% depending on the type of business.”

Nicholls urged the government to be flexible in its approach to existing and future curfews, including making last orders 10pm and allowing a gradual dispersal of customers thereafter.

She said: “That would minimise the economic impact and the loss of jobs that would result from it. It would be something we would want to discuss with the government – how we would frame that. That’s what’s happened in Europe where curfews have been introduced, though those curfews have been midnight and 1am and therefore have had less impact on economic activity.”

Nicholls also says its vital that any such measures are announced in tandem with bail-out measures to sustain businesses.

“If the government is going to close parts of the economy, we’ve still got 900,000 jobs in hospitality that are fully supported in furlough. So, unless we get an extension for some of those support measures through that lockdown period, we are going to see significant job losses.”

Businesses will also potentially have to plan for longer periods than the proposed two week “circuit-breaker” currently being touted, as similar restrictions in Leicester, Greater Manchester and Bolton continue to exceed those time periods.

If, as The Times, reports, Britain faces a further six months of lockdown restrictions, this Nicholls is adamant the government must lend businesses the certainty of support.

The Department of Health and Social Care has been contacted for comment.

Rugby and Daventry Radio Station Midlands UK > News > National And International News > Huffpost > Will There Be A Corona Curfew? Here’s The Thinking Behind A 10pm Shutdown