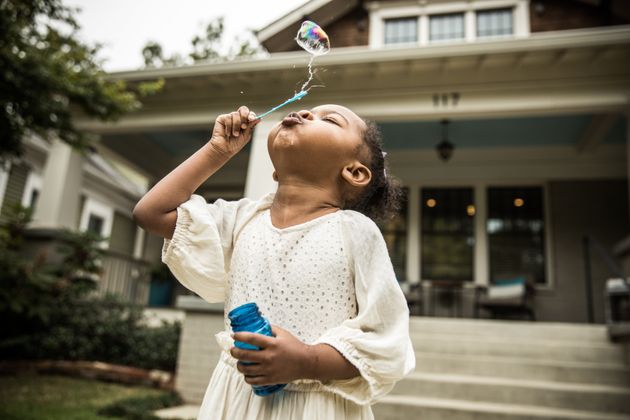 The pressure placed on the shoulders of modern-day parents is astounding. All too often, it feels as though they’re expected to juggle work with immaculate, Instagram-worthy domestic spaces, feed their kids homemade organic meals, educate their offspring (sometimes full-time, at home, with no school on, as in lockdown) and also entertain their children around the clock.

While we don’t have the answer to how to solve 2020’s myriad parenting dilemmas, here’s one thing we do know: kids don’t constantly need stimulation from their parents, other adults or even other children.

Independent play – by that we mean leaving your child play with their toys, solo – is really good for your child’s emotional and intellectual development.

“When children can play in their own way, they have to practice making decisions, they find things that they are interested in and it even helps them build healthy bodies, moving around, growing their dexterity and generally increasing their physical activity,” Dr. Hayley Van Zwanenberg, an Oxford-based child and adolescent psychiatrist, tells HuffPost UK.

“Play has also been shown to be beneficial in school environments, it helps children learn and develops them both socially and emotionally,” she adds.

From encouraging confidence and self-awareness to helping kids be more reliant on themselves, independent play can have benefits you might not even know about. 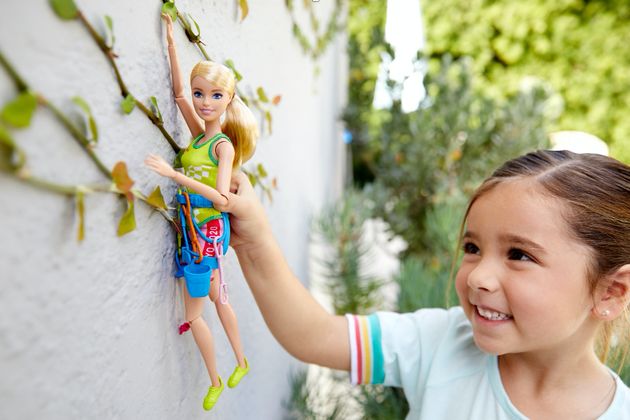 Some perks of independent play for kids

Balance is key to everything, which is why independent play works best when combined with proper socialisation with other children, both in school and out. Guided play from parents can also provide an opportunity for a child to learn through play, as well as improve their communication skills.

Children learn to negotiate a variety of different skill sets through play; playing on their own can help to encourage their creativity since they are in charge of where their make-believe story goes, and independent play can also be meditative and a form of mindfulness for kids (think of children crafting or playing with a dollhouse, as opposed to running around or throwing a ball at each other outdoors).

Children playing on their own not only tend to invent their own games, they can also come up with innovative, skill-building ideas as they play, like giving their classroom of dolls a lesson plan for the “school day” ahead – an opportunity to revise what they may have learned in school that week.

Independent play is also beneficial in that it teaches children to be self-reliant as well as how to feel comfortable in their own skin, and to enjoy their own company. Solo play can also help with a child’s focus and attention span.

From a parent’s perspective, it’s necessary for a child to learn to play independently, at least some of the time, whether they need a break to work, to focus on another child or they just need a cup of tea and a biscuit. 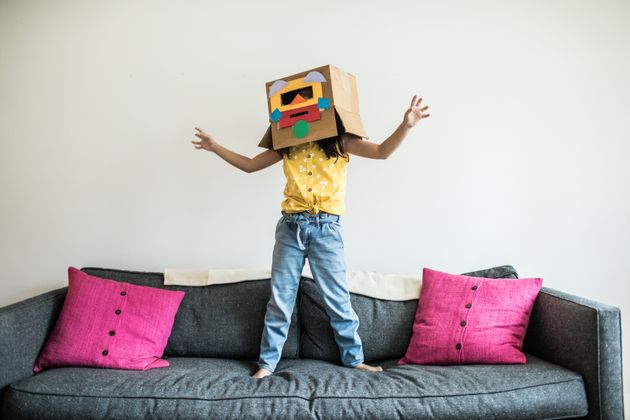 Types of play to encourage for your little one

With so many types of toys to choose from, which are the best ones when it comes to engaging your child in solo play that will excite and occupy them?

Many parents assume that kids need to be entertained with a device, so hand their kids tablets and phones as a default, before even trying to see how they might react to other types of toys. Often, these have an educational slant, but you’d be amazed at how much your child can learn, intellectually and socially, without a screen.

A new study, led by Dr. Sarah Gerson and fellow researchers at Cardiff University, in collaboration with Mattel – makers of Barbie – explored the impact of doll’s play on children using neuroscience and found that playing with dolls gives children the chance to rehearse, use and perform social information processing skills like empathy – even when playing on their own.

What’s more, it allows children to develop these skills more so than tablet play, in a statistically significant way, with equal benefits across genders. Empathy is a hugely important life skill for children that can help predict future emotional, academic and social success. Empathy teaches kids to consider others, encourages them to use their imaginations and helps kids see things from different perspectives.

Unlike play that yields an output, e.g. constructing something out of blocks, or finishing a jigsaw puzzle, parents tend to place less value on doll play, which isn’t known for its STEM potential or for encouraging the development of fine motor skills. This study shows the significance of doll’s play in its own right.

The importance of play for children, no matter what they choose to play with, can’t be underestimated – it’s essential for every aspect of their development.

“Play helps a child’s brain develop in a healthy way. Children can tackle their fears through play, they can test out roles that adults have; it helps build their confidence and teaches them skills to be resilient,” says Dr. Van Zwanenberg, who notes that when children play with dolls, they often speak to them, which can help their speech development.

“If the young person role plays taking care of the doll, this can assist learning of how to take care of others and even assist with empathy development,” she adds.

Since young children communicate through play, parents can often get a glimpse as to the inner workings of a child’s mind and emotional state through their interactions with their toys.

“They tend to feel free to express their emotional experiences. It can give people access to what they are really thinking internally,” says Dr. Van Zwanenberg.

It’s one of the reasons for the success of play therapy in children – they are able to express what’s going on inside without having to verbalise what they’re feeling.

So, the next time your little one reaches for a doll, don’t stress if you can’t join in with their games. If you can, however, you may learn a thing or two you would never have guessed.

Before Henry VIII Was King There Were Black Musicians In Britain