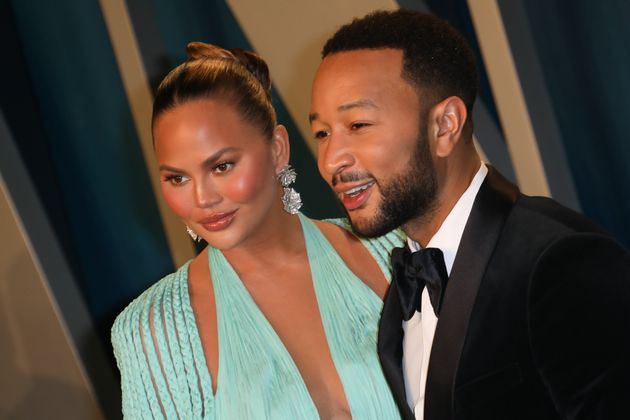 I had been thinking about Chrissy Teigen a lot this week. She had been sharing much of her difficult pregnancy online, talking about how scary it was to bleed when you’re pregnant, how she was on bedrest, how she was going to do whatever it took to get her baby through. I felt invested – perhaps disproportionately so – in her pregnancy.

But then, despite the bed rest and the blood transfusions and everything else she tried, her baby, Jack, died. She announced the loss on Instagram with a series of black and white photographs which beautifully – agonisingly – documented the process of losing a pregnancy. Something I know all too well.

Last year, on holiday in Greece and just over nine weeks pregnant, I went to the bathroom and discovered that I was bleeding. It was a panic unlike any I’ve ever felt before. The kind of panic which comes from the inside of each and every one of your cells.

But then the blood stopped. Everyone assured me that spotting during pregnancy was normal. My nausea returned. My breasts were still agony. All the signs said that it was going to be okay.

A week later, like Chrissy, I saw a blood clot. I think in that moment I knew, but of course I still prayed. We took a taxi to the hospital, sitting in silence while I made futile promises to someone in the heavens, that if it was okay I would be better, do better, give up things I loved.

The next day the incredible team at the Elizabeth Garrett Anderson wing of UCLH told me, with the utmost kindness, that I had lost the baby. Several weeks of medication and then surgery ensued, and then eventually I comprehensively, chemically wasn’t pregnant anymore. I drank wine. The baby books went to the charity shop. I threw the list of names in the bin and deleted the shopping list from my iPhone. I raged at the targeted adverts on Facebook and Instagram. I sent blistering emails to shops who refused to allow me to return maternity dresses. And I talked about it. A lot.

I wanted to shout about my miscarriage because I wanted to get the pain out of my body, by talking, and writing, and sharing.

Historically, women haven’t been encouraged to talk about their miscarriages. There is a twelve week ‘rule’, which suggests you don’t tell anyone about your pregnancy until you’re three months gone, which is regarded as something of a ‘safe zone’.

The reason for the ‘rule’ is to spare you from having to announce a miscarriage. And while of course it is your choice whether you announce it at week one or week forty, the cultural expectation to keep your pregnancy a secret for three months, as if announcing a miscarriage is anything compared to the horrors of experiencing one, compounds this stigma further, and because the majority of pregnancy loss happens early, it creates a false impression that miscarriage is rare. It is not rare – according to pregnancy charity Tommy’s, one in four pregnancies ends in loss.

After my loss I needed to talk about it. So I tweeted. I went on the radio. I wrote about it. I talked about it at drinks with my girlfriends and at dinner with my husband. And while some of the people in my life seemed confused by my desire to be as public as humanly possible, it was the only way I knew how to grieve. I wanted to shout about my miscarriage because I wanted to get the pain out of my body, by talking, and writing, and sharing.

As a society we are very bad at talking about death, and we are still embarrassed by anything gynaecological, so miscarriage represents a uniquely impossible conversation.

I found that as soon as I mentioned my loss, other women would talk about theirs. I got emails and direct messages and phone calls from people who I hadn’t spoken to for years, and from complete strangers, telling me their stories, telling me that I wasn’t alone. In the world of pregnancy loss there is no one-upmanship, no hierarchy of grief. No matter how early or late your loss was – or whether it is your first, fifth or fifteenth – there’s a place for you and your pain, and there are women all over the world who will take your hand and tell you that it is going to be okay. There’s an expression you hear a lot in that pregnancy loss world: it’s the worst club, with the best members.

As a society we are very bad at talking about death, and we are still embarrassed by anything gynaecological, so miscarriage represents a uniquely impossible conversation for many people. But no woman should ever feel obliged to hide her loss, or unable to talk about it. And the more that brave, brilliant famous women like Chrissy Teigen speak out about their losses, especially with her unflinching honesty, the smaller that stigma will become.

I hope Chrissy knows how much it matters that she documented her pregnancy, and that she shared her loss with the world. She will have single-handedly have reduced the expectation for women to keep pregnancy loss as a shadowy secret and furthered the conversation about what it means to lose your baby. Perhaps that might be a tiny, tiny fragment of a silver lining to this darkest, heaviest of clouds.

Rebecca Reid is a journalist and author of Truth Hurts, Perfect Liars and The Power of Rude. Follow her on Twitter at @RebeccaCNReid