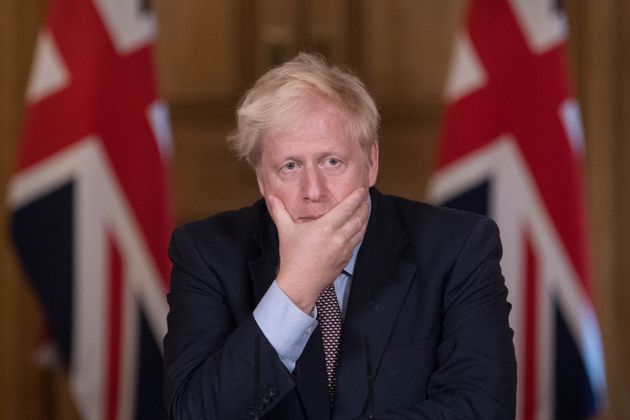 As a fun-loving, crowd-pleasing, bon viveur kinda guy, Boris Johnson is rarely convincing when he has to do ‘serious’. Adopting a stern tone and telling the British public what they may not want to hear does not come naturally. But having suggested just a few weeks ago that the Covid crisis will be all over by Christmas, today he was forced to rain on his own charade.

The PM certainly surpassed himself in the irony stakes. As he spelled out that his new rules will mean some grandparents will not be allowed to see their grandchildren, he uttered this immortal line as justification: “People who think they can take responsibility for their own health and take their own risk are, I’m afraid, misunderstanding the situation.” Classic Dom, you could call it.‌

Just as he didn’t blame Dominic Cummings for breaking the rules (three times don’t forget), he was keen to stress today he wasn’t having a go at the great British public. “With the best will in the world people have not, I’m afraid, been totally following the guidelines,” he said. “I certainly don’t want to blame people but now is the time for us to focus, to concentrate and to enforce the rule of six.”

Of course, he didn’t blame himself either, but there was a smidgeon of an admission that the government was partly responsible for the shocking rise in cases among young people. “I know that, over time, the rules have become quite complicated and confusing,” he said. It certainly seems as though socialising at home and abroad (and importing it) has driven the spike that has so worried many in Whitehall.

Yet as the PM unveiled his “rule of six”, the extent of that confusion was laid bare. The new legally backed rule replaces the current guidance that allows two households to meet indoors. From Monday, six people from six different households can mix. But how many people knew that was not allowed already? Loads of millennials and youngsters, judging from social media.

As a result, if you’re a singleton today’s new rule is actually a relaxation, not a tightening, of your social restrictions. The downside, and Johnson’s face told that story, is larger family groupings will not be allowed. In another irony for a PM who hates ‘nanny statedom’, he today criminalised any Christmas dinner party of more than six people. And as only one ‘support bubble’ is allowed, families will have to choose which grandparent or in-law is allowed across the threshold. Not quite a John Lewis ad, is it?

Never wanting to portray himself as a killjoy (probably the worst insult Johnson could think of for his enemies), he was keen to say today’s moves were “not a second national lockdown”. But that’s precisely what they were: the rule of six applies across the whole country and has real legal force to allow the police and a new army of hi-vis ‘Covid-secure marshalls’ to take action. A new map showed how widespread the spike in cases was too.‌

But Johnson was still dreaming of a nice Christmas, courtesy of his hopes for a “moonshot” plan for instant, daily home testing for everyone, giving those who test negative a “laissez passer” or “freedom pass” (once a London Mayor, always a London Mayor) to go to work, the theatre, sports.

Within seconds however, both chief medical officer Chris Whitty and chief scientist Patrick Vallance poured buckets of ice cold caution over this tempting mirage. Vallance said it would be “completely wrong to assume” that mass saliva testing would be viable. The PM’s moonshot plan felt as real and tangible as his deceased ‘fantasy island’ scheme for a new London airport in the Thames estuary.‌

Whitty wanted to plan on the basis of grounded reality, basing his assumptions on not getting a vaccine, let alone some ‘moonshot’ testing regime. On the day Keir Starmer raised the continuing laboratory problems with the public failing to get tests near their homes, Whitty also said “those constraints are not just going to magically disappear”. Most candid of all, he made clear the new rules would be around for months, and probably until the spring.

A snap poll tonight from YouGov showed 77% of Brits in favour of tightening social restrictions on big groups. The public like clear, simple messaging as long as their prime minister and other people in power stick to it too.

Let’s hope for all our sakes that the new rules work, and are adhered to. It’s even possible they could help people get back to the office (meeting five workmates can lunch together or drink in the pub after work now). And there’s still a chance a winter nightmare could be avoided, but only if test and trace gets much, much better.

But perhaps it’s time for a new rule for the PM too: stop selling the public fool’s gold of best case scenarios and get on instead with the unglamorous but vital drudgery of delivery.

“It breaks my heart to have to insist on these restrictions upon individuals, upon families, grandparents.”

A further 2,659 people tested positive for Covid in the UK, up on yesterday.

Boris Johnson defended his new Internal Markets Bill and its clear provision to break international law, saying it was designed to stop “extreme or irrational” interpretations of the Northern Ireland protocol he signed earlier this year.

Sir John Major warned that breaking treaties would mean the UK would lose its reputation for honouring its promises and “we will have lost something beyond price that may never be regained”.

Matt Hancock blamed the public for “inappropriate” booking of tests, stressing only those with symptoms should apply for them.

Jonathan Bartley and Sian Berry were re-elected as co-leaders of the Green Party.

Hugs Are Our Pandemic Weakness. Are They Gone Forever?