Who Is Allegra Stratton, The Face Of No 10's New TV Press Briefings? - Rugby and Daventry Radio Station Midlands UK 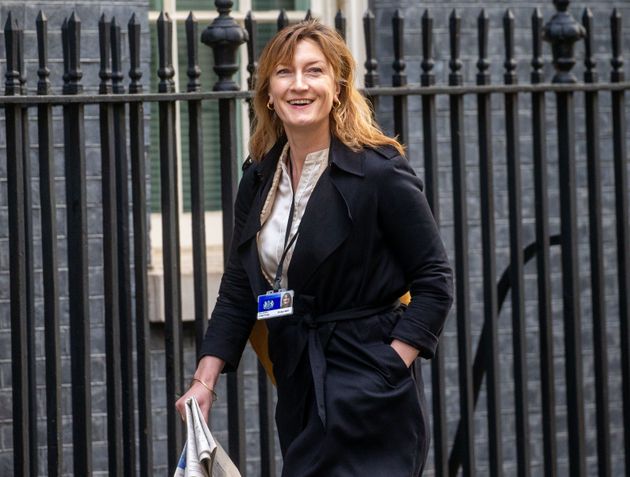 The UK government has a new face after Allegra Stratton was named as Boris Johnson’s first spokesperson for televised briefings.

Following the daily televised press conferences that marked the early stages of the coronavirus outbreak, it was revealed in July that Downing Street would be adopting a similar approach to its regular updates to political journalists in Westminster.

At the moment, the twice-daily briefings take place off-camera in a remote corner of parliament. But the current Conservative administration wants a shake-up and appears to have looked to America for inspiration.

The daily White House briefings are viewed across the world and have made spokespeople including Sean Spicer and Kayleigh McEnany, currently Donald Trump’s press secretary, into household names. Stratton, a former BBC and ITV journalist, is the first person to assume a similar position in the UK.

Stratton, 39, graduated from Cambridge University and started her media career as a producer for the BBC before moving into print journalism and working as a political correspondent at The Guardian.

She joined BBC Newsnight as political editor in 2011 before becoming national editor at ITV News in 2015 and also co-presented ITV’s Peston On Sunday.

In 2011, she married James Forsyth, the political editor of The Spectator, the conservative magazine which Johnson used to edit.

She left journalism in April to become the director of strategic communications for chancellor Rishi Sunak, who has become known for his slick style that includes adding his autograph to various PR campaigns.

As political editor of Newsnight, Stratton faced a backlash in 2012 for her report on the government’s proposed cuts to welfare benefits.

In an interview with single mother Shanene Thorp from east London, Stratton suggested to her it was “a choice you are making” to receive housing benefits and live in her own home, rather than stay with her mother. At the time, the coalition government was attempting to end welfare as a “lifestyle choice”.

Thorp complained that the report implied she was unemployed, when in fact she balanced a job with bringing up her daughter.

“Immediately after filming I was upset: I felt as if I’d been mugged,” she wrote. “I’d been led to believe I’d be defending young people from benefit cuts, not defending my family.”

The programme apologised – although that appears to have been removed from the BBC’s website – following a series of outraged headlines, which included “How Newsnight demonised a single mother”.

What does the government say?

Stratton was quickly named as a favourite to become the face of No 10 when plans emerged in July.

She was appointed after a recruitment process which set out to find someone who could “communicate with the nation on behalf of the prime minister”.

The prime minister was said to have been “impressed” with her abilities while working at the Treasury.

Though Downing Street is yet to comment, a government source said told the PA News agency that she will become the new spokesperoson for televised press conferences, in a politically-appointed role as a special adviser.

Unlike civil servants, Spads, as they are known in Westminster, can give political advice to ministers as well as criticise opposition parties.

Keir Starmer, who plans to give monthly press conferences in response to No 10’s move, has warned that the daily briefings from a political appointee risk “unbalancing the political discourse”.