When Will The Vaccine Be Ready For Coronavirus? - Rugby and Daventry Radio Station Midlands UK 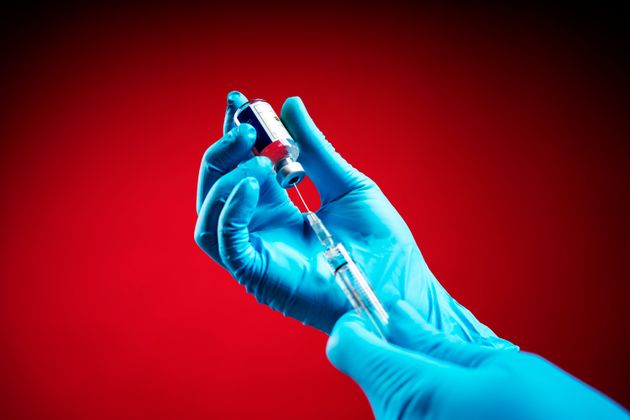 For months, we’ve been told once a vaccine arrives, we might be able to get back to some semblance of normal. So, where are we at with a due date?

In the UK, there are two key contenders we’ve been keeping an eye out for.

The first is the University of Oxford and Astrazeneca vaccine. The trial for this was recently halted after one of the vaccine recipients experienced a “suspected adverse event” – but has since been resumed.

Trials of the vaccine – which goes by two catchy names: ChAdOx1 or AZD1222 – are now going ahead after the Medicines Health Regulatory Authority (MHRA) said it was safe to do so.

The vaccine harnesses an adenovirus (common cold virus) from chimpanzees, which has been genetically modified so it can’t replicate in cells. This virus is used as it contains the genetic material of the SARS-CoV-2 virus spike protein [a protein that lives on the surface of the coronavirus].

When the vaccine enters cells inside the body, it uses this genetic code to produce the surface spike protein of the coronavirus, priming the immune system to attack the SARS-CoV-2 virus if it later infects the body.

It’s in the last phase of trials, which means tens of thousands of people in the US, UK, South Africa and Brazil are being vaccinated. The point of this trial is to see how the vaccine works in a large body of adults. Does it prevent people from becoming infected and unwell with Covid-19? That’s the question researchers hope to answer.

If the answer is yes, we could have a vaccine ready for early to mid-2021. It’s worth noting the World Health Organisation has said it doesn’t expect vaccines to be available to the masses until the middle of next year, due to checks for efficacy and safety.

Early trials of the Oxford vaccine have shown promise, with people displaying a “robust immune response” against the virus. A single dose of the vaccine resulted in a four-fold increase in antibodies to the virus spike protein in most (95% of) participants one month after injection.

A T-cell response was also induced in all participants, which is good news as T-cells are another important factor in fending off the virus once it enters the body.

The second contender for a workable vaccine in the UK comes from Imperial College London. The team is still working on a vaccine – dubbed saRNA – and is hoping to go into phase III trials later this year.

Its vaccine uses genetic code called ‘self-amplifying RNA’, rather than bits of the virus. This code has been made in a lab, so there’s no need for animal cells or human stem cells.

Once injected into the body, it should produce copies of the spike protein found on the outside of the coronavirus – it’s kind of like you’re injecting an instruction manual to build some flat-pack furniture, but rather than furniture, you’re building the spike protein – and that trains the immune system to respond to it in future.

Professor Robin Shattock, who is leading the vaccine research, said trials are showing promising results and human volunteers are “responding well”. The hope is they can start vaccinating 20,000 people by the end of the year.

All being well, he believes they could have a vaccine ready by mid-2021.

There are three typical trial phrases when testing a vaccine, but it’s been reported there may be an extra phase in the UK – a “challenge trial”. This is where volunteers are deliberately infected with actual coronavirus to test whether existing vaccines work. The Financial Times reported that they’re expected to take place in January at a quarantine facility in London. Although it’s unclear which vaccines would be involved at this stage.

Dr Claire Waddington, clinical lecturer in infectious diseases at the University of Cambridge, says such trials have the advantage of allowing us to know exactly when people are exposed to the pathogen of interest, “so the response to infection and the protection of any vaccine used in the model can be directly and accurately investigated”.

That said, safety is an important factor when you’re exposing someone to a live virus, which has proven deadly for many. “As we gain more understanding of Covid-19, we are increasingly in a position to identify those people for who Covid-19 infection is a mild illness, and these people could safely participate in a controlled human infection study after a thorough medical assessment and consent process,” she says.

Worldwide, there are no Covid-19 vaccines currently approved for widespread use. Some are approved for limited use. One of China’s vaccine candidates, for example, has been approved for use in the military.

What about Russia’s vaccine, then? A vaccine was approved for widespread use there, however this happened before the vaccine had even reached phase III trials, which are deemed the most important part for determining safety and effectiveness. Experts in the UK didn’t think it was a particularly sensible idea.

Recent reports in the New York Times suggest the vaccine has been rolled out slowly in Russia and phase III trials are now underway in Moscow.

There are nine vaccines globally which are now in phase III trials, of which Russia is one of them. As it stands, a vaccine-for-all this side of Christmas is not looking likely.

The government’s chief scientific adviser Sir Patrick Vallance recently said in a broadcast that there is increasing evidence the vaccines are “pointing in the right direction”. He also said it’s possible that some vaccine could be available before the end of the year in small amounts for certain groups.

But it’s “much more likely that we’ll see vaccines becoming available over the first half of next year”, he added.

Rugby and Daventry Radio Station Midlands UK > News > National And International News > Huffpost > When Will The Vaccine Be Ready For Coronavirus?