What Is Abnormal Vaginal Bleeding? Most Women Wouldn't Get It Checked - Rugby and Daventry Radio Station Midlands UK

What Is Abnormal Vaginal Bleeding? Most Women Wouldn’t Get It Checked

What Is Abnormal Vaginal Bleeding? Most Women Wouldn’t Get It Checked

Abnormal vaginal bleeding – it’s something women don’t really talk about. While periods are becoming less taboo, an unexpected vaginal bleed is still often brushed under the carpet and not spoken about.

A survey of 3,000 women by charity The Eve Appeal found 80% of women wouldn’t go to the GP if they experienced an unexpected vaginal bleed, which is a key symptom of three gynaecological cancers.

This is perhaps unsurprising, when almost three quarters (72%) of women say they weren’t taught how to identify when something was wrong with their periods and bleeding at school.

To mark Gynaecological Cancer Awareness Month in September, the charity has teamed up with the Royal College of Obstetricians and Gynaecologists (RCOG) to share tips to help women spot abnormal vaginal bleeding.

It’s a key symptom of three out of the five gynaecological cancers – womb, cervical and vaginal – which together affect 12,750 women in the UK each year. And while abnormal bleeding isn’t always a sign of cancer, it’s best to get it checked for peace of mind. 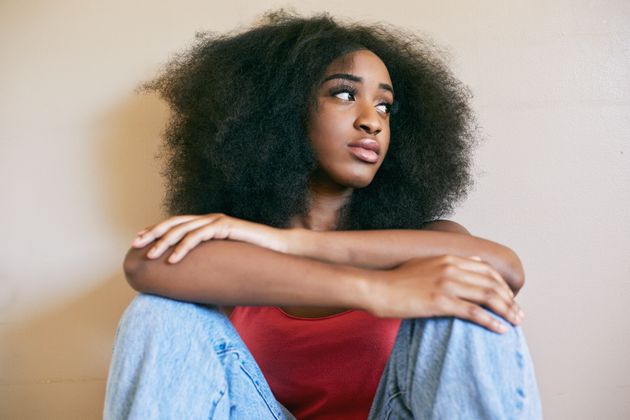 It’s often the first symptom to present with these types of cancer. But although it’s easy to spot, it’s often not investigated, says the charity.

This could be because it’s put down as “just one of those things”, but also because of a lack of awareness that it could be a symptom, embarrassment, fear of attending the GP surgery, or difficulties in getting to the GP.

Women are being urged to track their bleeding so they know what’s normal and what’s not. There are apps you can use to do this, or just make a note in your diary. For example, use one red dot for ‘light flow’, two red dots for a ‘medium flow’ and so on. Regularly check back over your last few entries to keep an eye on any gradual changes and spot abnormalities, the charity advises.

What specifically should you look out for?

Some changes at you definitely need to keep an eye on – and should speak to your GP about – include:

Everyone’s period is different, but generally ‘very heavy’ means: heavy bleeding for seven days or more, and pain/heavy flow that disrupts your daily activities. If you need to change your tampon/pad every hour or so, that would be ‘very heavy’.

Discharge is a normal part of having a healthy vagina, but if you have any pink, red or brown ‘bloody’ discharge note it down.

Some people get a bit of bloody discharge/light bleeding/spotting in between their periods called ‘ovulation bleeding’. If this isn’t part of what you would consider ‘your normal’ then speak to your doctor.

Abnormal bleeding through the menopause

Going through the menopause for most people means a few years of irregular bleeding. But if any bleeding doesn’t seem right to you, seek medical advice.

There is no such thing as a post-menopausal period. Once you have not had a period for 12 months, you have gone through the menopause.

Any vaginal bleeding after this is an abnormal bleed. And remember that post-menopausal bleeding can mean anything from a bit of pink-ish discharge through to a heavy bleed.

While most of the time it isn’t something to worry about, you should still note it down and get checked. Also notice whether or not you are in pain, as sex isn’t supposed to be painful.

“Medical professionals, women, and society, need to start having more open conversations about women’s health, including abnormal bleeding and postmenopausal bleeding,” says Dr Sue Ward, consultant obstetrician and gynaecologist, and vice president of RCOG. “This needs to start in school and continue throughout a woman’s life.

“Ultimately, sharing experiences and providing easy access to information about gynaecological cancers will help to save lives.”

Who Is Joe Biden? Listen To Running Mate, Our US Election Podcast For Brits

Cricket: Magnificent seven for unbeaten Willoughby as they head into NCL play-offs