Shema Tariq, Katie Bonful and Beth Malory each have complex relationships with the term “rainbow baby”.

The phrase is used within some baby loss communities to describe a child who is born after miscarriage or stillbirth. These babies are the “rainbow after the storm” – or so the saying goes. Advocates say “rainbow babies” provide hope, while critics of the term say it erases, or oversimplifies, loss.

To mark Rainbow Baby Day, which falls on August 22 this year, Shema, Katie and Beth want to celebrate the children they’ve had after loss – but also shine a light on what it’s really like to be in this position. Their united hope is to shatter the silence that still persists surrounding baby loss.

‘The shadow of losing your baby is there the whole time’

“I always find it hard when people describe Faris as my first child, because it erases Altair – and he’s very much part of our family,” says Shema Tariq, 44, based in London.

“People who’ve not been through loss think being pregnant is the goal, so when you are, everything is miraculously fixed. But it isn’t, because you’ve already experienced the worst thing that can possibly happen: you’ve lost a baby.”

Shema and her husband started trying for a baby soon after they married in 2014, with four gruelling rounds of IVF, before conceiving their son, Altair. But at 17 weeks pregnant, a scan showed Altair wasn’t growing properly. Four weeks later, Shema’s waters broke when she was on the Tube. Altair was born “tiny, but perfect” in hospital two days later, tragically too early to survive.

After Altair’s death, tests revealed Shema had a condition called Chronic Histiocytic Intervillositis (CHI), which can cause the mother’s immune system to react abnormally to the pregnancy and potentially damage the placenta.

Although the couple desperately wanted children, Shema had “complicated feelings” when she fell pregnant with her son, Faris, in 2018, after two more rounds of IVF. She received specialist CHI care at Tommy’s Manchester Research Centre, but couldn’t shake the fear of losing another child.

“Because I had the experience of losing Altair, the only things I bought for Faris in the early days were things we could put in his coffin if he died, which is a really weird space to be in psychologically when you’re pregnant,” she says.

“We didn’t actually buy anything until I was about 35 weeks pregnant and we specifically went to a shop we knew we could get a refund if anything happened. That shadow of losing your baby is there the whole time.”

Faris was born in December 2018. Shema describes holding him for the first time as “totally overwhelming” – she hadn’t allowed herself to believe Faris would survive during the pregnancy, which made bonding challenging.

“It took me a few months to really believe that he was here and that he was going to stay,” she says. “The issues around bonding carried on for a while after he was born, because I was just too scared to get attached to him.” 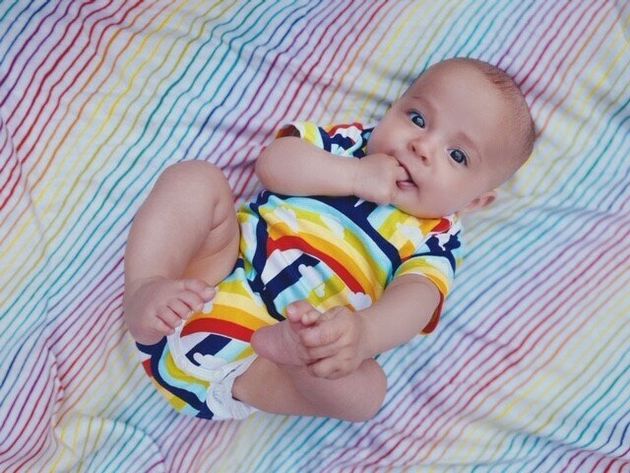 The joy of having Faris in their lives “built over time”, though, and the couple experienced unexpected joy when they fell pregnant with Lyra last summer, without the use of IVF.

“I see it as a real gift,” says Shema. ”I gained loads of confidence knowing I was able to carry Faris to term and I was breastfeeding him, so I built up lots of confidence in my own body, that I’d lost after losing Altair.”

Although having two healthy children “feels miraculous,” nothing will erase the pain of losing Altair for Shema and her husband. To help other couples dealing with loss, she wants to raise awareness of how hurtful phrases such as “don’t lose hope” or “don’t give up” can be.

“No one ‘gives up’ – they just change their path in a way that’s right for them,” Shema says. “Actually, trying for a baby – whether it’s through infertility or baby  loss – is incredibly gruelling and if you get to a point where you can’t do it, that’s not giving up, it’s making a really smart choice for yourself.”

‘I felt like I’d failed as a woman, as a mother and as a wife’

“I don’t see myself as a mother of one, I’m a mother of three – two in heaven and one on earth,” says Katie Bonful, 31, from Dartford, Kent. “That brings me healing and it helps me deal with what I went through.”

Katie and her husband experienced two late-term miscarriages on exactly the same day, one year apart, which she describes as “crazy, horrible déjà vu”. She was seen in the same hospital room, with the same nurses, who sadly remembered her from 12 months earlier. The couple named their boys Jorim and Shiloh.

In 2018, Katie underwent a cervical stitch operation at St Thomas’ Hospital in London, to increase the chances of her being able to carry a baby through the full 40 weeks of pregnancy. The surgery was a success and 16 months ago, the couple welcomed their baby, Maximus, into the world. 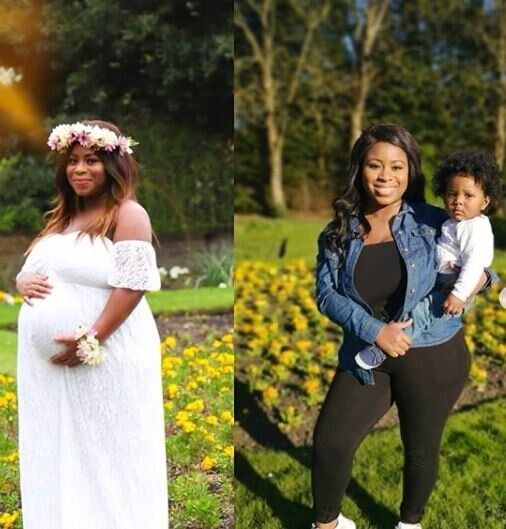 “When I heard Maximus cry, it did something to my heart,” says Katie. “My heart had been broken for so long, it was like it was slowly coming together again.”

Giving birth to Maximus meant the end of nine months of “extreme anxiety”, says Katie, who felt her mental health deteriorate the further into pregnancy she got, as she approached the date of losing both Jorim and Shiloh.

“When I had my miscarriages, I didn’t know who I was anymore,” says Katie. “I felt like I’d failed as a woman, as a mother and as a wife. I’d look at my husband and think ‘I can’t give you children’. For two years, miscarriage took so much from me and I went to some really low places. So when I finally got to hold Maximus, I felt at peace.”

Katie believes the experience of going through two, late-stage miscarriages has  made her a more compassionate person – and she wants to share her story to help other women. “I’m a Black African woman, so especially in our culture, miscarriage is something that’s pushed under the carpet,” she says. 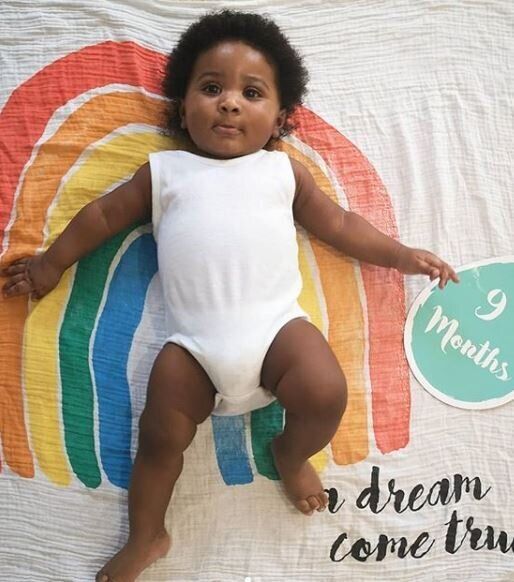 As a Christian, Katie says her faith helped her after her miscarriages, but she found well-intentioned phrases such as “what was meant to be was meant to be” and “God knows best” really hurtful in relation to miscarriage.

She recommends counselling for any women who’ve experienced loss and says it doesn’t matter what stage your loss occurred. Katie lost her first two babies at 17 weeks, in her second trimester.

“At the end of the day, we’ve all lost the same thing,” she says. “No matter how early or late you lost your child, take the time to grieve and take a breather. Don’t belittle your experience and say ‘I only lost my baby at three weeks pregnant’. It doesn’t matter, it’s still a massive shock to the system. Take every day as it comes and if you need support, reach out for it.”

Getting the help she needed prepared Katie for having Maximus, who she describes as “a very happy, healthy, boisterous boy”.

“When we bought our home three years ago, I was pregnant with the first baby. I guess you could say the house felt empty,” she says. “Now, having Maximus in the house, he’s just brought so much love, warmth and light into our home. I’m so grateful that he’s here.”

“The rainbow baby concept is lovely and, as a symbol, it gives people still trying to get there a lot of hope,” says Beth Malory, 31, based near Lancaster. “But it can overwhelm the reality and make women feel guilty or ungrateful for expressing that they may still be struggling. We are still bereaved parents, at the end of the day.”

Five months ago, Beth gave birth to her son Oliver, who was her 11th pregnancy. She is being treated for PTSD after suffering multiple losses. 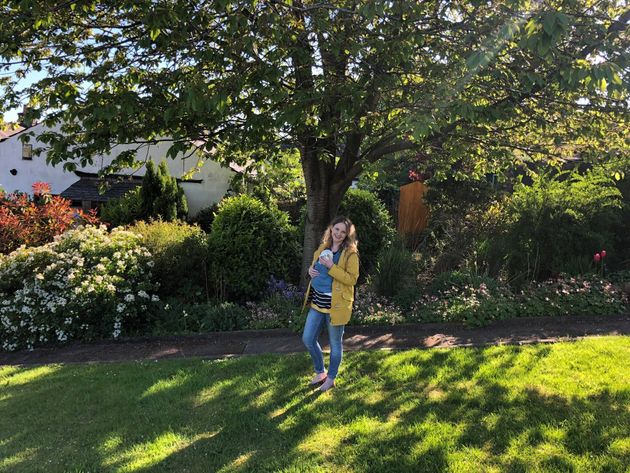 Beth fell pregnant quickly after getting married in 2015. But within 18 months, she experienced three miscarriages and the stillbirth of her son, James. She was diagnosed with a blood clotting disorder and treated at Tommy’s St Mary’s Hospital in Paddington, enabling her to give birth to a healthy boy, Sebastian, in 2017.

When the couple tried for a sibling for Sebastian, tragically, they learned the “worst was yet to come”. In the years that followed, Beth had three more miscarriages and two stillbirths – two girls named Grace and Faith. She was diagnosed with CHI. After nine losses, the couple were about to give up when Beth found out she was pregnant again. She received specialist CHI treatment and gave birth to Oliver in March, the day the UK went into lockdown.

“I felt disbelief when he was born – and that disbelief has stayed with me,” she says. “He’s almost five months old now, and it’s really difficult to get to a place  where you think ‘I’m going to get to keep this one’. When I think about having him here for Christmas, my brain still wonders: ‘will he still be here then?’. Just because he’s out now, it doesn’t mean you can turn off that doubt.”

Beth wants to tell Sebastian and Oliver about their lost siblings when they’re older, but says experiencing nine losses makes it harder to navigate.

“You know when people go to the beach and write their baby’s names in the sand? That’s lovely, but when you’ve had nine of them, it’s a bit unmanageable,” she says. “And having mementoes around the house… there are a lot of things we could put up, but where does it end? It would take over the living room.

“We got to name the later ones and know the gender, but I don’t feel like we should honour them any more than the other ones, just because they made it further, so that’s something I struggle with.” 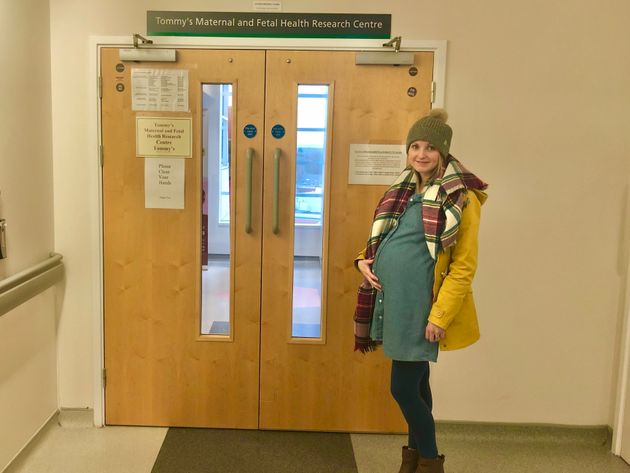 “Having experienced both, there’s fantastic care for women who’ve experienced stillbirth, but really inadequate care for women who go through miscarriages at all stages,” she says. “If you’ve got hopes and dreams for that baby and you’ve assigned them a personality in your mind, you will experience distress whenever you lose them.”

Beth describes a “dual guilt” that comes with having a rainbow baby; she feels guilty about not enjoying Sebastian and Oliver more, but also guilty about the babies she’s lost. “You have a lot of guilt that you were able to get this baby to this point, but not those babies that you lost,” she says.

While she processes the grief alongside parenting, she wants to ensure her other children are never forgotten. “You don’t want to stop talking about your other baby or babies, just because this one is okay,” she says. “It is something we need to talk about.”

Could Covid-19 Change The Way We Get Sick?