We Need To Recognise That ‘Carers’ Are All Sorts Of People

We Need To Recognise That ‘Carers’ Are All Sorts Of People 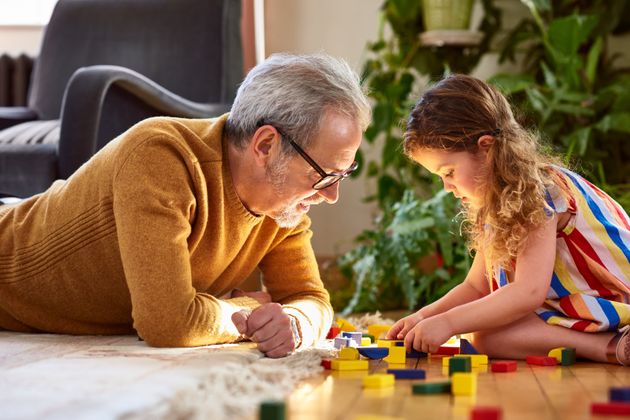 “Carers” are all sorts of people. With so many different caring roles.

I know this only too well. I’ve been a young carer, an adult carer and a parent carer. From looking after my terminally ill mother as a teenager, to having prime carer responsibility for my Nanna for her last ten years, to now as a father caring for my disabled son.

But crucially, I was also cared for. Like so many.

My dad had died when I was four, so after my mum passed away, it was her parents – my amazing Nanna and Grandad – who took me in.

Because they were my grandparents, I never really thought of them as “carers”, and I don’t think they did either. Back then, I probably didn’t even know what the phrase “kinship carer” meant – let alone that it described my Nanna and Grandad.

It wasn’t easy for them. My mother had been their only child: her long illness and early death nearly broke them. I like to think looking after me helped them deal with their heartbreak.

Of course they spoilt me rotten. I learnt after my grandad died how he would always check up on my Nanna: what had she given me for my packed lunch? What was she cooking for my meal? Had she turned on the radiator in my room? A deeply emotional man, who didn’t show me his emotions.

The truth is, it was my Nanna and Grandad who helped me get over my mum’s death. Surrounding me with infinite, unquestioning love, they were classic kinship carers.

Unlike parents who adopt a child, people who become kinship carers are not entitled to paid employment leave and protection.

In my constituency work, I’ve had to help a surprisingly large number of kinship carers over the years – mostly grandparents, battling the system for their precious grandchildren. I like to think I go the extra mile.

The huge challenges facing the many thousands of kinship carers across the UK are too often forgotten by politicians and policymakers.

More than 180,000 children are being raised by kinship carers today – that is, by family members who are not their parents. For some, like me, it’s because their parents have died. For others, it’s because of incapacity, imprisonment, domestic violence, drug misuse or any number of other reasons.

These are children who have often experienced tragedy and trauma, and who would have been taken into foster homes had their relatives not stepped in to care for them instead.

What my Nanna and Grandad did for me – and what kinship carers across the UK are doing for those 180,000 children today – is a remarkable thing.

They are providing a loving home for these children, while relieving the pressure on the formal care system – even though it can place a huge strain on their finances, their careers and their day-to-day lives. They deserve our gratitude and our support.

Many kinship carers never get a break, because they are not offered any respite care.

Yet, as the cross-party Parliamentary Taskforce on Kinship Care highlights in its new report, kinship carers too often find themselves excluded from the support available to parents or foster carers.

For example, unlike parents who adopt a child, people who become kinship carers are not entitled to paid employment leave and protection – even though most of them have to give up work or reduce their hours.

Far too many do not have access to legal advice to help them understand the rights and obligations involved – and far too many more take on thousands of pounds of debt to pay for it.

And many kinship carers never get a break, because they are not offered any respite care. They take their children on holiday, but don’t get one themselves.

As Leader of the Liberal Democrats, I have pledged to be the voice of the nine million carers in our country – and that includes kinship carers.

And, along with the MPs from other parties who have done brilliant, valuable work on the Taskforce on Kinship Care supported by the Family Rights Group, I will work tirelessly to make their concerns heard in parliament and by government.

We must do far more to support these wonderful carers and build a more caring society. They must not be an afterthought any longer.

Ed Davey is leader of the Liberal Democrats party.