Some UK universities face shortfalls of “billions of pounds” and could need bailing out by the taxpayer as the fallout from the A-level grading shambles continues to mount, HuffPost UK has been told.

Institutions already reeling from lost income due to the coronavirus pandemic were thrown into further chaos on Monday night when the government announced it would be lifting the cap on student numbers at English universities.

The move came following the surprise announcement of the scrapping of Ofqual’s algorithm-generated grades, meaning thousands of students who thought they didn’t have the required grades for their first choice of university were left scrambling to find out if they could get in after all.

The government declined to bail out universities when coronavirus hit, or to guarantee their fee income for 2020/21 to protect them from students dropping out due to the pandemic. Nor were unis able to furlough academic staff whose salaries had already been paid through student fees, as this would have been seen as “double-dipping” from the taxpayer.

It has left many universities desperately relying on income from 2020/21 fees.

Professor Mark Fellowes, pro-vice chancellor for academic planning and resource at the University of Reading, told HuffPost UK in a statement: “Universities are still facing a shortfall of billions of pounds due to lost income from international students, refunds and empty accommodation.

“The government’s answer was to say no to a bailout, but to spread the pain around by imposing a student number cap. Now due to the complete omnishambles of A-level grading, that plan looks dead.”

The cap was originally re-introduced – after being abolished in 2015 – to stop universities aggressively making large numbers of unconditional offers to keep their numbers up, a move that could have seen more selective universities starved of applicants.

“The government urgently needs to come up with a new plan to help universities,” added Fellowes. “This cock-up might seem like a row over a few exam marks bit it could ultimately cost taxpayers billions of pounds.” 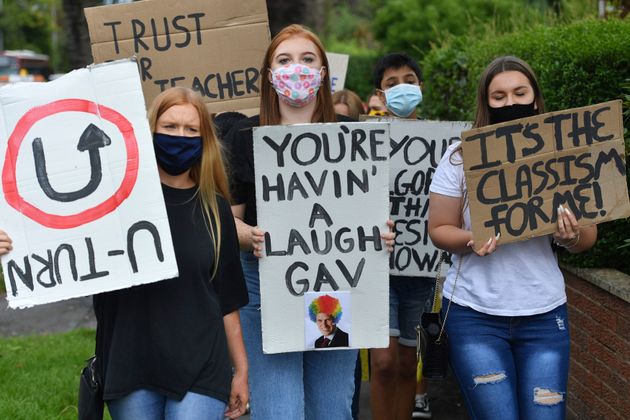 On Tuesday morning, universities across the country were still trying to work out what the decision would mean.

One source at a London university told HuffPost UK that the move complicates an already near-impossible situation on campuses which have been largely deserted since lockdown began in March.

They said: “All the students in March just fled. That meant over summer the usual money making schemes unis have were dead.”

As well as robbing universities of income from catering, sports events and graduations, empty campuses mean no conferences or external events could be held to boost coffers.

As a result of the cash vacuum, the source added, “loads of universities have been cutting staff over summer”. 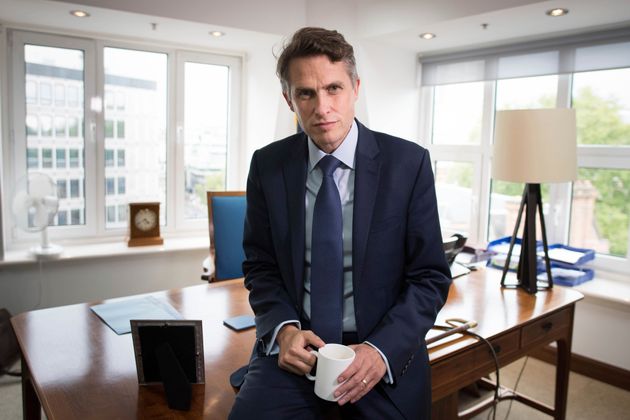 Social distancing plans have also been thrown into chaos by the government’s lifting of the cap on student numbers.

“Universities are trying to limit who’s coming on campus… so it’s a mess. It’s such a mess,” they added.

Some students may have no choice but to wait until next year to go to university. Newcastle University has said some courses on clinical subjects such as medicine and dentistry have “an externally-determined cap where numbers are tightly restricted because of space or specialist facilities”.

They added: “We are therefore seeking clarity from the government and relevant agencies about ensuring as many students as possible can be accepted to their first choice university.

“Where this is not possible, we will guarantee a deferred place for next year.”

Complicating matters even further, students may be able to sue universities that cannot provide a place for which on offer has been made, though how factors such as the coronavirus pandemic and Williamson’s handling of the fiasco affect the legal standing of any potential cases is currently unclear.

Despite the lifting of the cap, universities’ hands are tied over how many places they can offer on practical courses that rely on students physically attending labs and other on-campus facilities – partly because of social distancing and partly because of the staff-student ratios stipulated by the professional, statutory and regulatory bodies that accredit certain courses. Breaching these could mean fines or even losing courses’ professional accreditation – something that is already a risk on at least one course HuffPost UK is aware of, and would essentially render a degree programme worthless.

Tory MP Robert Halfon said the problems with the exams system should be a “massive wake-up call” for the government.

“This has been a mega-mess and should not have happened and [Williamson’s] got to, I think, learn from this and just make sure these kind of things do not happen in the future.”

We must now learn the lessons from what has happened with the exam results. I’d like to see the minutes of every conversation between the DfE and @ofqual and find out how much this has cost the taxpayer so that it can never happen again. pic.twitter.com/kkg3zpMowa

On Tuesday morning, Williamson apologised to young people for the distress caused to them by the downgrading of results.

“I’m incredibly sorry for the fact that this has caused distress,” he told Sky News.

Williamson did not answer questions on whether he would resign – or whether he had offered his resignation to Boris Johnson – over the handling of the A-level and GCSE exams.

Speaking to the Today programme, vice-chancellor of University of Sunderland, Sir David Bell, said: “I have to say, it does feel a bit as if we’ve been left to pick up the pieces.”