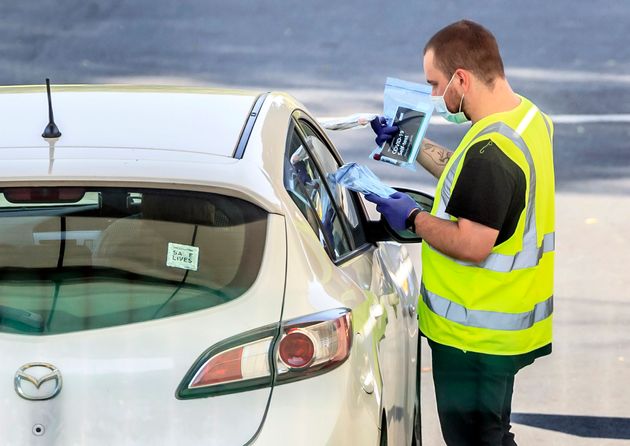 Professor Ara Darzi, a surgeon and co-director of Imperial College London’s Institute of Global Health Innovation, said regular home testing could be the UK’s “best hope” against the pandemic.

He is overseeing a large study of home testing, involving more than 100,000 people, which has found self-testing at home to be a practical and acceptable procedure to the general public.

He acknowledged the UK’s “formidable” testing programme may need to be increased to “one million or even ten million a day”.

He wrote in The Daily Telegraph: “Mass testing is not merely our best defence against the spread of the virus, it is also key to giving the country the confidence it urgently needs.

“And unlike a vaccine, which is still many months away, simple, easy and cheap tests, some based on saliva, with results in as little as 10 minutes, are already out there.”

His study has found 90% of home tests are carried out and reported correctly.

“However, it is not currently possible on a mass scale because the gold standard PCR test, which is both expensive and slow, requires a nose and throat swab which can only be analysed in a lab,” he wrote.

“If testing were simplified so people could self-test or be tested anywhere, easily and with rapid results, then it could be carried out daily.”

It comes as new figures showed fewer than a third of people in England being tested for coronavirus in the wider population are receiving their results within 24 hours.

The latest data on the NHS Track and Trace programme show that 60.5% of people who were tested for Covid-19 in the week ending August 12 at a regional site or mobile testing unit – a so-called “in-person” test – received their result within 24 hours.

Across all four types of testing in the wider community, known as pillar two, only 28.2% of people received results within 24 hours.