Two friends died after losing their balance while embracing near a seafront wall and falling 30ft on to the beach below, an inquest heard.

Daniel Mee, 25, and Jayden Dolman, 20, were on holiday in Alicante, Spain, with friend Lewis Higgins when the tragedy occurred on July 3 2019.

An inquest in Taunton heard the men had walked from their villa to the beaches and had been “larking about” taking photographs when they fell over a railing at 7.15pm.

Mee was pronounced dead at the scene while Dolman was airlifted to Alicante General Hospital, where he later died. 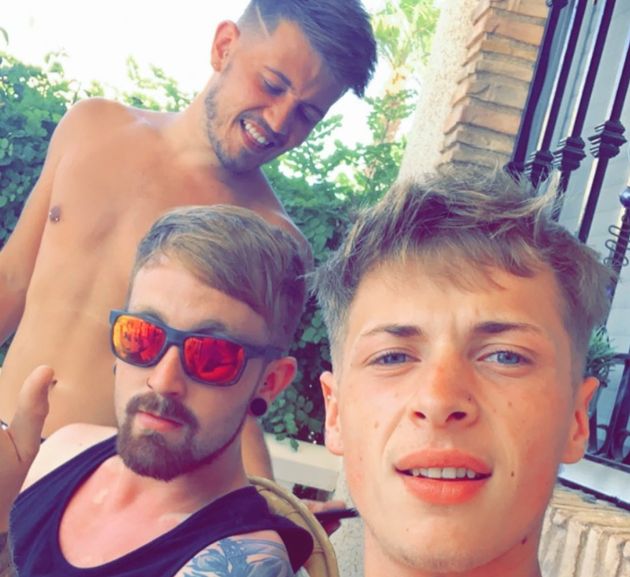 Tony Williams, senior coroner for Somerset, read parts of a magistrates’ document prepared in Spain at the inquest on Tuesday.

It included a statement from Higgins, who was taken to hospital himself for a severe anxiety attack after witnessing the incident.

“He said he and his friends Jayden and Daniel were walking from the villa to the nearest beach,” Williams read.

“They started to walk from one place to the other, walking from beach to beach.

“Daniel embraced Jayden. He saw them both close to the railings. Then they fell.

“They didn’t jump over the railings at any time. He believes that they were embracing and lost their balance.”

Higgins told Spanish authorities that the friends had been drinking during the day.

A civil guard, who was off-duty at the time, saw the three friends walking near Punta Prima beach, which is in Torrevieja.

“They were stopping to take photographs on the edge of the cliff,” Williams read.

“They were lively, shouting and laughing.”

The off-duty civil guard walked down to the beach and looked up towards the promenade the men had been walking down.

“He saw two of the three people falling from the promenade,” Williams read.

“He saw them land. He immediately called emergency services.”

The inquest was only into the death of Mee, as the body of Dolman was not repatriated to the United Kingdom.

It heard toxicology tests found the amount of alcohol in Mee’s blood was 215mg per 100ml of blood. The legal drink-drive limit is 80mg.

Mee’s cause of death was a head injury, Williams said.

He reached a conclusion of accidental death for Mee, who was a plumber from Bridgwater.

“All three of them have had a few drinks, they are on holiday, they are enjoying themselves, they are walking along the promenade,” Williams said.

“Unfortunately, they have sustained injuries that have proved fatal.”

Speaking after the deaths, a spokesperson for Bridgwater and Taunton College – which both Mee and Dolman attended – described them as “talented students who will be sorely missed”.