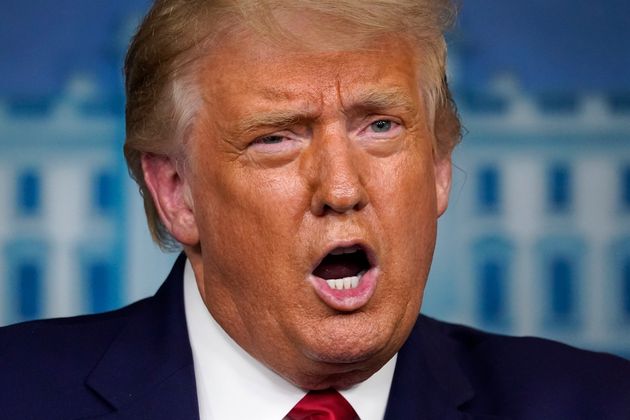 President Donald Trump on Thursday ramped up his most forceful campaign message: That the coming election is illegitimate unless he wins.

“Because of the new and unprecedented massive amount of unsolicited ballots which will be sent to ‘voters’, or wherever, this year, the Nov 3rd Election result may NEVER BE ACCURATELY DETERMINED, which is what some want. Another election disaster yesterday. Stop Ballot Madness!” he said in a morning statement posted to Twitter.

“The only way [Democrats] can win is to cheat, in my opinion,” he said during a morning interview with Fox Sports Radio.

Neither assertion is new. Trump has been falsely claiming that mail voting is rife with fraud for several months, and in recent weeks has been repeatedly claiming that the only way Democrat Joe Biden could defeat him in November would be to cheat.

Trump’s staff did not respond to HuffPost queries regarding Trump’s statements.

Trump, however, explained clearly why he opposed mail voting in a March 30 interview with Fox News. He said he opposed legislation that would have paid for coronavirus-related expansion of mail voting because: “They had levels of voting, that if you ever agreed to it, you’d never have a Republican elected in this country again.”

Despite that admission, Trump has continued to falsely claim that mail voting is fraudulent. At times, his attempts at explanation have bordered on nonsensical. 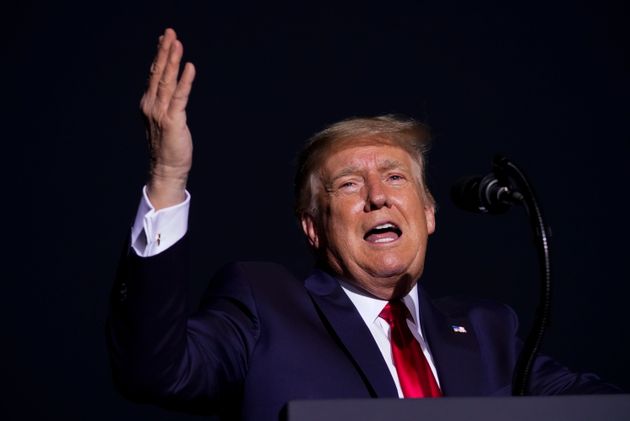 Ten weeks earlier, at a visit to a Ford plant in Ypsilanti, Michigan, he claimed: “They pirate these applications, they print new voting forms, and then they send them around, people sign them, or one person signs them with different pens and a different signature every time.”

Both claims, however, fundamentally misconstrue how ballots are tracked and tabulated. While every state has its own rules, one common feature for mail ballots is a unique identifier ― typically a computer bar code ― for each ballot envelope, experts said. Every envelope also has to be signed by the voter, and that signature is compared to the one on file when the voter registered.

Unless the envelope and signature match that of a registered voter, the ballot is rejected and not counted.

All of which raises the question of how, even if a foreign actor did manage to forge millions of ballots, those ballots could then be introduced into the system so they would be counted as valid.

“You are now going to have North Korean or Chinese agents signing them? It seems a bit far-fetched,” said Daniel Smith, a voting systems expert and political science professor at the University of Florida. “You are trying to commit electoral fraud by retail theft? That’s not how masterminds work these days.”

Smith said that nefarious actors’ best chance of manipulating an election are in those jurisdictions where votes are recorded directly on a computer, with no paper ballot. He added that mail ballots are less prone to rigging precisely because they are, by definition, all paper ballots.

He said the president’s efforts make a lot more sense when it is understood that Trump in 2016 did far better with voters who cast their ballots on Election Day than those who either voted early or by mail. If Trump believes that his base of supporters will turn out for him on November 3, then making it harder to vote by mail will help his re-election efforts, Smith said, because the suppressed voters will be those less likely to vote for him.

“The president is trying to sow confusion among the electorate that is understandably concerned about voting in person, perhaps to dampen turnout among those who are not likely voters,” he said. “He wants to delegitimize voting by mail.”

Revealed: Here’s Who Is Actually Running NHS Test And Trace