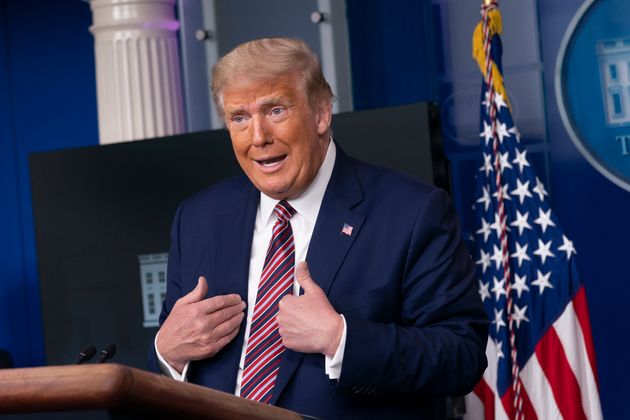 Donald Trump’s presidential election campaign attempted to discourage millions of Black Americans from voting in 2016 in a move that could have been crucial to his victory, it has been claimed.

According to an investigation by Channel 4 News, the so-called “Deterrence” project run by Trump’s digital campaign team targeted 3.5 million Black people with adverts in an attempt to get them to stay at home on election day.

Almost 200 million people in 16 key battleground states were separated by an algorithm into “audiences”, so they could then be targeted with tailored ads on Facebook and other platforms, the British broadcaster says.

Reliable voters that supported each candidate were categorised as “Core Trump” and “Core Clinton”.

Less reliable voters were marked as “GOTV”, meaning get out to vote if they were leaning towards Trump, “Persuasion” if they were swing voters, and “Deterrence” if they were likely to support Hilary Clinton.

The ‘Deterrence’ project can be revealed after Channel 4 News obtained the database used by Trump’s digital campaign team. #DeterringDemocracyhttps://t.co/ln6GqReCLv

Analysis by Channel 4 News shows Black Americans were disproportionately marked “Deterrence” by the 2016 campaign – they made up just 13% of the voters that were identified in the database, but 29% of the “Deterrence” group.

In Georgia, despite Black people constituting 32% of the population, they made up 61% of the “Deterrence” category, Channel 4 News reports.

In North Carolina, Black people are 22% of the population but were 46% of the “Deterrence” group.

An analysis of data from the key state of Wisconsin, where in 2016 turnout among Black voters collapsed, just 5.4% of the population are Black voters – but the group represented 17% of the “Deterrence” group.

The US election four years ago saw the first fall in Black turnout in 20 years and allowed Trump to take narrow and unexpected victories in swing states, paving his way to the White House despite losing the popular vote to Clinton.

The Trump campaign spent £44 million on Facebook ads alone during 2016.

They posted almost six million different versions of highly targeted messages, which were pumped directly into the feeds of targeted voters across America.

But many of the ads were so called “dark posts”, which could disappear from feeds once a campaign stopped paying for them.

The campaign is said to have been devised in part by Cambridge Analytica, the now defunct British political consultants embroiled in controversy over targeted ads deployed across the world.

The Trump campaign itself has categorically stated that it did not target African Americans.

Brad Parscale, the campaign’s 2016 digital director, told PBS Frontline: “I would say I’m nearly 100 percent sure we did not run any campaigns that targeted even African Americans.”

Jamal Watkins, vice president of the National Association for the Advancement of Colored People (NAACP), said: “The thing that’s shocking slash troubling about this is that there’s this category of suppression. That ‘Deterrence’ part.

“So, we use data – similar to voter file data – but it’s to motivate, persuade and encourage folks to participate. We don’t use the data to say who can we deter and keep at home. That just seems, fundamentally, it’s a shift from the notion of democracy.

“It’s not ‘may the best candidate win’ at that point it’s ‘may the best well-funded machine suppress voters and keep them at home thereby rigging the election so that someone can win’.”

A Facebook spokesperson said: “Since 2016, elections have changed and so has Facebook – what happened with Cambridge Analytica couldn’t happen today.

“We have 35,000 people working to ensure the integrity of our platform, created a political ads library … and have protected more than 200 elections worldwide. We also have rules prohibiting voter suppression and are running the largest voter information campaign in American history.”

The Trump campaign, the Republican National Committee and the White House did not provide any comment to Channel 4 News prior to broadcast.