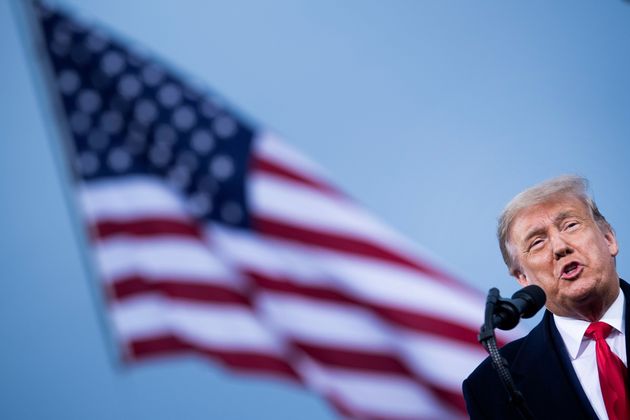 President Donald Trump falsely declared at a North Carolina rally Saturday that he and his supporters are being honored with the Nobel Peace Prize.

“Your love your president, and your president gets honored — because I’m being not honored, you are being honored — with the Nobel Peace Prize” — Trump is now talking as though he has actually won a Nobel and not merely been nominated pic.twitter.com/dOCrg3uwJK

Trump was nominated for the 2021 prize by Christian Tybring-Gjedde, a member of Norway’s far-right Progress Party.

Tybring-Gjedde has repeatedly expressed anti-Islam and anti-immigration views over the years. He nominated Trump for what he called the president’s efforts to help establish diplomatic ties between Israel and the United Arab Emirates.

Tybring-Gjedde and a party colleague also nominated Trump for the 2019 Peace Prize for his talks with North Korea, which went nowhere.

Trump also received two nominations for the Nobel Peace Prize — in 2017 and  2018 — that the Norwegian Nobel Committee determined were both forged. Whoever wrote the nominations — believed to be the same person — assumed the identity of a qualified nominator, Olav Njolstad, secretary of the Norwegian Nobel Committee, said at the time. The committee discovered the forgery after reaching out to the legitimate nominator whose name was used.

According to several press reports, an unidentified American nominated Trump for the 2017 prize, saying he should be honored for his “ideology of peace through force.” The same argument appeared in the nomination the following year, Deutsche Welle reported.

Njolstad told The Washington Post that unqualified people are often recommended for the peace prize, but that “as far as I know, this [was] the first example of someone nominating someone by stealing another person’s identity.”