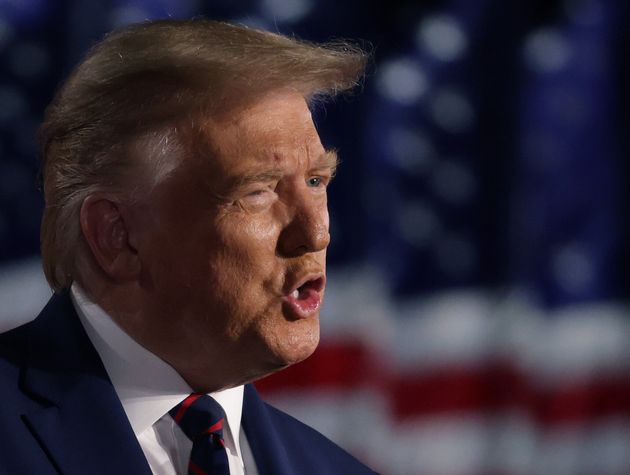 Far-right conspiracy network One America News aired a White House interview with President Donald Trump on Wednesday afternoon, just hours before that evening’s Republican National Convention events, in which Trump faced questions that would have sounded at home on authoritarian state-owned television.

The outlet, which has sycophantically covered the president, also ran interviews the same day with Donald Trump Jr. and Eric Trump. Both received the same fawning deference given to their father, as Rion lobbed compliments in the form of questions.

Trump and his sons’ appearances on OAN further solidify a mutually beneficial relationship between the president and a network that has spread dangerous disinformation and conspiracy theories to support him. Trump’s promotion of OAN has helped mainstream the fledgling network, which last year claimed to reach around 35 million households through multiple providers, and in exchange, it has come to function as his personal propaganda machine.

Throughout the interview, Trump and Rion ran through many of his favourite talking points, allowing the president to attack journalists, blame China for the coronavirus “plague,” claim that he could have easily beaten President Barack Obama in the 2012 election, and insinuate that Biden, his Democratic opponent, has cognitive issues. Rion had no follow-ups or pushback, giving Trump free rein to boast.

“Tens of millions of Americans, everyday Americans, people who you may not have lived lives like, really support you and your family and your campaign to the great frustration of your adversaries,” Rion said. “Why do you think you’re able to have this kind of empathy for people you don’t have to have shared experiences?” 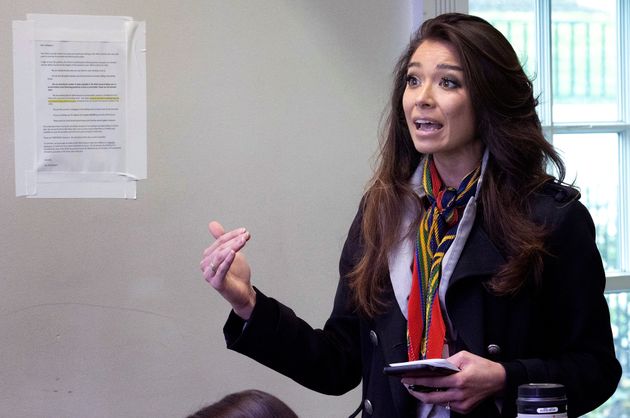 The president has praised OAN during the Republican convention for airing an uninterrupted feed of the event, while other networks, including Fox News, have interspersed their coverage with analysis and commentary. He has also repeatedly celebrated the network in tweets and press conferences, presenting the outlet as an alternative to Fox News when that channel fails to show the subservience he would like.

During his daily coronavirus briefings earlier this year, Trump repeatedly called on Rion and OAN by name. Among other bizarre comments, Rion’s briefing questions claimed that legitimate news outlets were siding with “Islamic radicals and Latin gangs and cartels” and asked Trump if he thought the term “Chinese food” was racist.

Rion has a long history of promoting conspiracy theories and debunked falsehoods. Before her stint with OAN, when she was an aspiring political illustrator, she drew images suggesting that Hillary Clinton had ordered a contract killing and that Sharia law was infiltrating the United States. One of her OAN segments this year falsely linked the coronavirus to a North Carolina laboratory – her source was a 61-year-old Italian QAnon cult supporter and sound engineer who was falsely claiming to be a Washington insider and using a fake name on Twitter. (There’s no evidence the source had national intelligence experience or medical knowledge of any kind.)

In the interviews with Donald Trump Jr. and Eric Trump broadcast on Wednesday, Rion told the latter, “You have a lot of fans at OAN.”

“Me and my family are big fans of yours and we appreciate everything you do,” Eric Trump said.

Along with Rion, OAN employs a number of other far-right personalities and conspiracy theorists. Correspondent Jack Posobiec – who has repeatedly spread disinformation, including the “pizzagate” conspiracy theory propagated by white nationalists that falsely claimed Democrats ran a satanic pedophile ring out of a Washington DC pizzeria – has extensive connections to far-right extremists. Posobiec had a segment on OAN with a notorious promoter of online disinformation who has celebrated Adolf Hitler on far-right social media platforms. Staffer Kristian Rouz simultaneously worked for OAN and Kremlin-owned propaganda site Sputnik and falsely claimed that Hillary Clinton had given hundreds of thousands in cash to “antifa” protesters. Correspondent Pearson Sharp pushed a narrative dear to Russian propaganda and Syrian dictator Bashar Assad that claims chemical attacks widely blamed on Assad’s regime were faked.

In the hour before airing Trump’s interview, OAN ran a segment on nationwide anti-racism protests that focused on “leftist rioters” and “antifa” and that used footage from far-right media activist Andy Ngo. OAN then moved on to cover uncritically Trump’s claims that the Chinese government wants Biden to win the 2020 election and to air an interview on “the Democratic Party’s ties to the Ku Klux Klan.”

Trump’s appearance on OAN is the apex of a long courtship between the president and the network’s founder Robert Herring Sr., a millionaire Republican donor who started the outlet in 2013. Herring has lauded the president non-stop on Twitter, including praising Trump-favoured hydroxychloroquine despite mounting evidence that the anti-malarial drug is ineffective in treating the coronavirus and amid warnings from the Food and Drug Administration (FDA) against its use for that purpose. A former OAN host, Emily Miller, was recently hired as the FDA’s new spokesperson. Earlier this month, Herring publicly wondered why Trump hadn’t given the network an exclusive.

“Isn’t it amazing that President Trump has not given any @OANN journalist a sit-down interview. They all practice good hygiene…” Herring tweeted. “Their questions have been posed to keep America informed and not to attack the President. Can’t figure it out!”

Less than two weeks later, Herring got his prize. After the interview with Trump finished, OAN rebroadcast its segment tying the Democratic Party to the KKK.