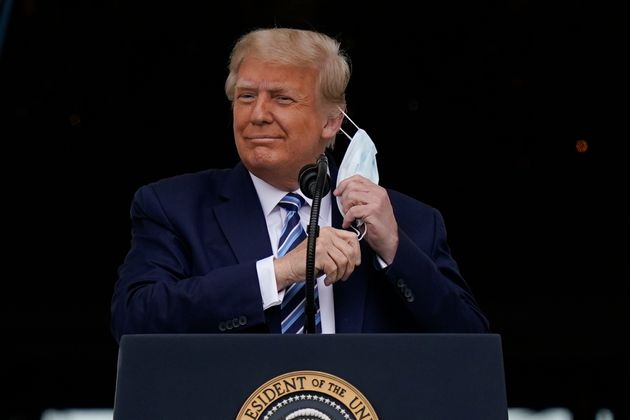 Donald Trump has declared himself “immune” from the coronavirus, nearly one week after leaving Walter Reed hospital where he was being treated for Covid-19.

“It seems like I’m immune,” the US president said in an interview with Fox News.

“It looks like I’m immune for, I don’t know, maybe a long time or maybe a short time. It could be a lifetime. Nobody really knows. But I’m immune. So the president is in very good shape.”

He added: “I have to tell you, I feel fantastically. I really feel good.

Trump begins his second interview with Maria Bartiromo in the last four days by claiming he’s “immune” from Covid pic.twitter.com/FdghrIvxqS

Though scientists believe patients who recover from Covid-19 have some immunity, how much and for how long has not yet been determined.

Trump’s comments came after his physician, Sean Conley, released a brief statement declaring Trump no longer poses a risk of transmitting the coronavirus to others.

Conley, however, did not state in his memo whether Trump has tested negative for the virus.

“By currently recognised standards,” Trump is “no longer considered a transmission risk to others,” noted the unsigned statement by White House physician Dr. Sean Conley.

He added the “assortment of advanced diagnostic tests obtained reveal there is no longer evidence of actively replicating virus”.

Melissa Miller, a clinical microbiologist at the University of North Carolina School of Medicine, told the New York Times that no test can definitively show if a person at the end of a coronavirus infection is still contagious and poses a risk to others.

The White House has been extraordinarily tight-lipped about the exact nature of Trump’s illness and recovery.

It remains unclear when the president contracted coronavirus. The White House has refused to reveal when Trump last tested negative.

Trump plans to resume his campaign rallies in the coming days.