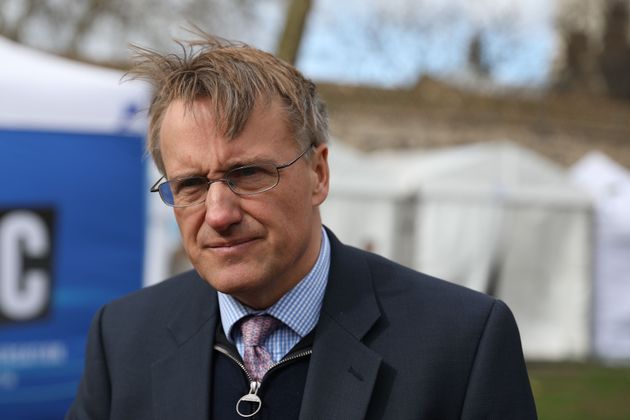 A senior Conservative MP has accused the government of mistakenly thinking it can “abolish death” by imposing new coronavirus lockdown measures  across the country.

Charles Walker, the vice-chairman of the 1922 committee of backbench Tory MPs, said on Monday “the fact is people in their 80s and 90s die”.

“We just can’t save every life,” he told BBC Radio 4′s PM programme. “Because the cost to the living is too high.”

The MP for Broxbourne said the threat of the virus had been overplayed.

“The pandemic is not rampant,” he said. “This is an illness that very sadly really afflicts the elderly and those with underlying health conditions.

“Our focus should be on protecting them, not limiting the life chances of young people and people of middle age who are responsible for running and owning businesses.”

He accused scientists on the government’s Scientific Advisory Group for Emergencies (Sage) committee of choosing to “ramp up” the “fear factor” with warnings about the disease.

“It does seem the government, for the best of reasons, but mistaken reasons, is trying to abolish death,” Walker said. “You can’t abolish death. The fact is people in their 80s and 90s die.”

He said the “only guarantee” anyone had when they were born was that “at some stage in your 80s or 90s you are going to die”.

Walker added: “My real concern is these decisions are mostly being made by the middle aged and well-heeled, paid out of the public purse, so they’re not really going to bear the consequences off these decisions.”

It came after Boris Johnson announced the closure of pubs and bars across Merseyside as he battled to gain control over the coronavirus outbreak.

The prime minister launched a three-tier system of local alert levels for England, with the Liverpool city region placed in the most serious “very high” risk category from Wednesday.

Johnson told MPs that the coming weeks and months would “test the mettle” of the country as it faced a second wave of Covid-19 cases.

Van-Tam said that while cases are rising fastest in northern England, it is of “concern” that they are “heating up” in more parts of the country compared with a week ago.

The Sexism At The Heart Of American Politics. Listen To Running Mate, Our US Election Podcast For Brits