Tory Ministers Ranked By How Crap Their Week Has Been

Tory Ministers Ranked By How Crap Their Week Has Been 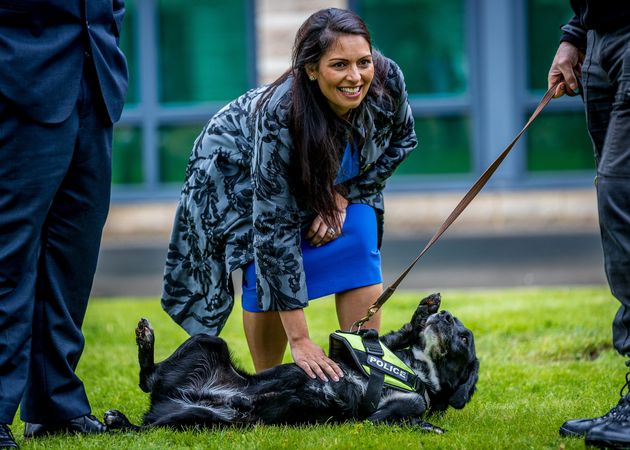 In a year comprised almost entirely of crap weeks, a number of Tories have spent the last few days proving that no matter where you think the bar is, it can always be moved slightly lower.

Against a backdrop of the ongoing coronavirus pandemic that has killed over 40,000 Brits and a recession the likes of which has never been seen before, ministers still managed to generate a series of “how is this actually happening?” headlines.

To commemorate this frankly astounding achievement, HuffPost UK has gathered them all in one place and ranked them for your amusement.

Let’s start with the least bad of the bunch…

Not usually one to shy away from an opportunity to upstage himself, Grant Shapps has actually had a relatively gaffe-free week.

While at first this may seem commendable, it needs to the pointed out that this is largely because he’s been self-isolating and out of public circulation after ruining his own holiday in Spain last month.

Sneaking into the top five after a mixed week is trade secretary Liz Truss who came a bit of a cropper in talks with Japan over a delicious and crumbly stumbling block made of Stilton.

If you want to know the details you can read them here but to be completely honest with you, we’ve only included reference to it so we can bring you this incredible clip of Truss’s dairy-based rant from 2014.

It’s no surprise to see the chancellor in the list. It’s a tough job at any time but when the economy you’re in charge of drops off a cliff to an extent never seen before, it’s quite the challenge.

Credit where credit is due, Sunak took a sombre tone when the news was announced on Wednesday, opting to say the figures “confirm that hard times are here”.

Speaking to @faisalislam this morning, the Chancellor @RishiSunak responded to the latest GDP statistics. pic.twitter.com/cYO8VijD47

Thing is, the rest of the country already had an inkling that times were a bit tougher than your average year, what with all the deaths, unemployed people and the fact karaoke is now one of the most dangerous pastimes imaginable.

“There is no confusion,” schools minister for England Nick Gibb said on Wednesday in response to massive and widespread confusion over an 11th-hour change to the way A-level and GCSE results will be assessed.

He said that only a “small number” of students would be affected by the change and insisted that ministers have nothing to apologise for in acting so late in the day.

Doubling down, he said the the government will “apologise to nobody” for the move and then presumably stood back and watched as his sentiments disintegrated on Thursday when 40% of students received downgraded exam results.

So my brilliant kid, who spent 5 years in and out of hospital and is disabled, had her teachers’ grades marked down and has lost her place at university. She got straight As at GCSE, mostly teaching herself in hospital. She called the uni. They said they’re full. I give up.

I have a suicidal daughter who hadn’t stopped crying since 8am. She has missed out on her firm offer due to 2 grades being downgraded. Her Centre assessment grades were A* A* A. In stead she got A A* B. I have just been touch with our local MP to make a complaint.

Something has obviously gone horribly wrong with this year’s exam results.

Nothing much to say here other than Gavin is the education secretary and is therefore responsible for the above.

But even that wasn’t enough to seal the top spot this week.

Gavin Williamson:
“Increasing the A Level grades will mean a whole generation could end up promoted beyond their abilities”

You guessed it. It’s no surprise to see the home secretary top the chart.

Priti Patel’s media strategy remains baffling but appears to be based on a tactic of long periods of silence followed by a vocal and laser focus on an issue that is nowhere near the most pressing one a home secretary is regularly faced with.

This week, perhaps after perusing Nigel Farage’s Twitter account, Patel decided on the tiny number of migrants making their way across the English Channel.

Such is the threat posed by those risking their lives in a dinghy at the hands of unscrupulous criminals, she this week decided the Royal Navy – whose previous conquests include Nazi Germany and the combined Spanish and French fleets – would be required to fend them off.

Not content with this dubious allocation of resources, Patel then picked a fight with an ice cream brand.

OOOF! Home Office source: “Priti is working day&night to bring an end to these small boat crossings, which are facilitated by international criminal gangs&are of serious concern. If that means upsetting the social media team for a brand of overpriced junk food then so be it.” https://t.co/QIrfXOjZ5w

AND THEN – and this is why Patel is the week’s clear winner – Patel decided a priority for the Home Office should be whether or not poppers are illegal.

Patel, who unsuccessfully tried to block equal marriage in 2013, generously noted: “Alkyl nitrites, known as poppers, have been widely used recreationally since the 1970s and are used for their muscle-relaxing effects, especially by homosexual men as an aid to sex.”

Priti: Oh shit, Ben and Jerry’s are having a go at me…

… I better make poppers legal for the gays.

Who knows, maybe they’re smuggling them across the Channel in those dinghies.