Eat your heart out, Brienne.

Game of Thrones actor Kristofer Hivju has revealed on Instagram that Tormund Giantsbane has got himself into a hairy situation — or rather, less hairy.

The former Wildling and president of the Brienne of Tarth fan club is apparently ditching his signature red beard for a wildly different look.

Here was Hivju on the show:

And here he is now:

Earlier this year, Hivju announced that he had contracted and recovered from the coronavirus, saying he and his wife had spent several weeks in quarantine.

So it’s good to see that the actor is better now and even participating in the PCS Open, a Professional Disc Golf Association B tournament in Norway, according to a representative for the event. He apparently nixed the beard ahead of the contest.

The rep also sent HuffPost a photo of the Wildling in action with his new look: 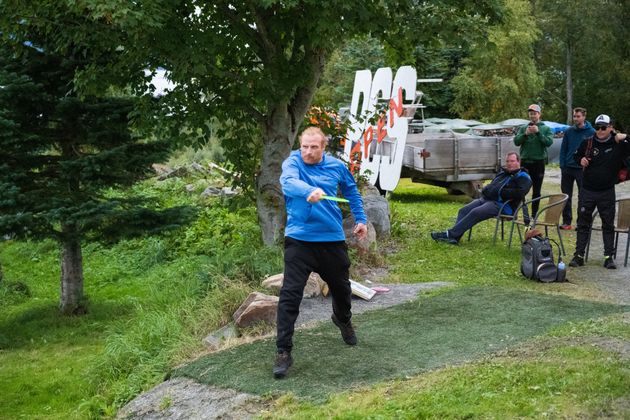 Fans of facial hair shouldn’t fret, however. Hivju wrote in his Instagram post that the “beard is off” but “on its way back,” adding, ”#pcsopen here I come!”

Enjoy the baby-faced Tormund while you can. The beard is coming …