Labour has hit out after Tory backbenchers deserted the House of Commons during a debate on extra cash support for workers coping with coronavirus.

Not a single Conservative MP other than one lone minister was present for sections of the Opposition Day debate, which was on state funding for northern areas suffering lockdown, replacements for furlough and new help for the self-employed and those facing eviction.

Coronavirus social distancing means that no more than 50 MPs are allowed to attend the Commons chamber at one time and when they do they should be two metres apart.

But even with that restriction, it’s highly unusual for the Tories – who have an 80 seat majority – to abandon their benches totally.

Just minutes before the Labour debate on jobs and Covid, the Tory benches were as full as possible for prime minister’s question time.

Alex Davies-Jones, Labour MP for Pontypridd, took a snap of the situation on her phone.

She tweeted: “Appreciate there are social distancing guidelines in the chamber at the moment, but this is taking it a bit far! The Tory minister is sat alone in the Chamber right now. Just goes to show how little care the Tories have for seeking financial support for their constituents…” 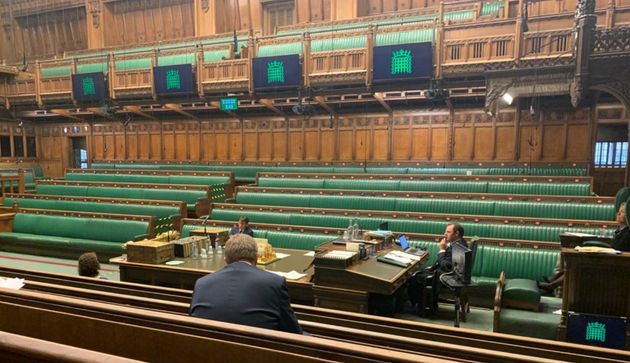 I appreciate there are social distancing guidelines in the chamber at the moment, but this is taking it a bit far!
The Tory Minister is sat alone in the Chamber right now.

Just goes to show how little care the Tories have for seeking financial support for their constituents… pic.twitter.com/uSsi0ugwGb

Normally during an Opposition Day debate, Tory backbenchers would be primed to make hostile interventions and to try to reflect their greater numbers. The Tories have 364 MPs to Labour’s mere 201.

Labour’s motion demanded greater support for the north of England, the Midlands, Scotland, Wales and Northern Ireland as they deal with extra restrictions.

It added the job support scheme should be reformed to incentivise employers to keep staff on, fix “gaps” in support for the self-employed and extend the ban on evictions. 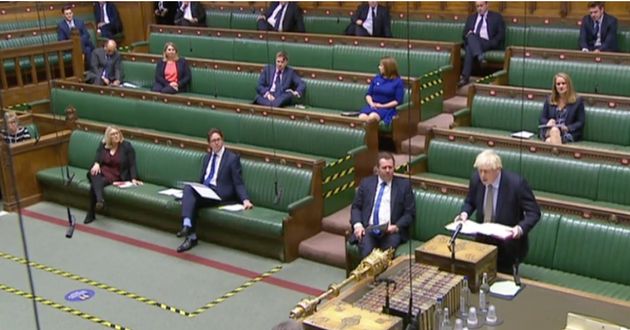 A Labour spokesperson said: “Millions of people are back under Covid restrictions because the government can’t get a grip on the virus.

“Yet half way through a vital debate on economic support for jobs and businesses the Tory benches were empty. They’re showing contempt for everyone who needs help to get through this crisis.”

Tory insiders said that part of the reason for the low attendance was that Labour motions were submitted late so fewer MPs were able to apply for the call lists.

Under current rules, names of MPs who want to speak have to be submitted in advance. The former practice of spontaneously catching the speaker’s eye to speak has been suspended.

Commons leader Jacob Rees-Mogg led the return of MPs to the Commons after experiments with “hybrid” proceedings for debates and votes.

Commons Speaker Lindsay Hoyle said on Wednesday that decisions over greater virtual participation lay in the government’s hands but he would back a return to more remote access.

Keir Starmer has called for fully remote working for parliament as part of his three-week “circuit breaker” to stem the rise in Covid cases.

“We can’t just let the virus take hold but nor can we blithely fall into another national spring-style lockdown as the party opposite now wants to do, rather than following our regional tiered and localised approach.”

Pub Renames Itself ‘The Three Bellends’ In Protest Against Liverpool Lockdown