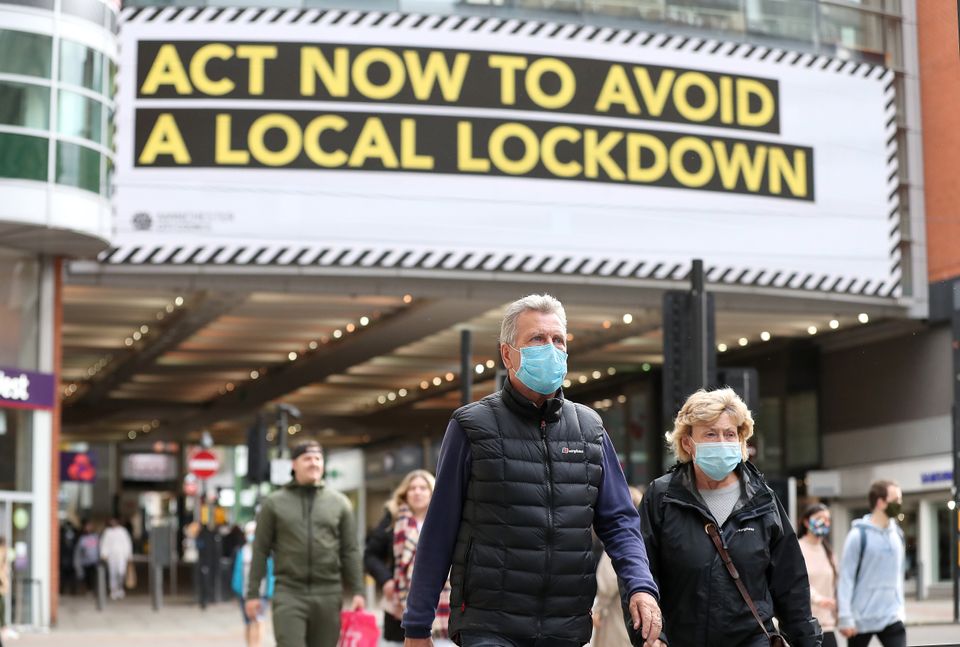 The government’s new three-tier system of coronavirus restrictions should be scrapped in favour of a short, sharp national lockdown, scientists have warned, saying that the current rules are likely to make “little difference” to spiralling Covid-19 infections.

From Saturday, 26.7m people in England will be under tier 2 lockdown restrictions, while 1.5m in Lancashire are set to join the Liverpool in the strictest tier 3 coronavirus rules from midnight.

But on Friday, Independent Sage – a panel of leading scientists led by a former government chief scientific officer – warned that the current restrictions are not enough to deal with rising coronavirus cases, hospitalisations and deaths.

“Most of the country has been living in tier 1 and tier 2 since mid-September and cases are still going up a lot,” Professor Christina Pagel told a public briefing on Friday.

“So it’s not clear why that would change now, just because they have got a different name.”

For more information & to find out which alert level applies in your area go to:
https://t.co/OFXDJ1K2xCpic.twitter.com/K2932GDR7f

Independent Sage has published its own six-week emergency plan for curbing the spread of Covid-19 in England – including a two- to three-week national lockdown, which would see restrictions that were in place in May reimposed.

It would mean a ban on household mixing, the closure of non-essential shops and a move to online teaching for university students. Schools would also be closed to coincide with the half-term break.

“The reason we think that it has to be national [circuit breaker] is that all bits of the country are rising and they are rising fast,” Pagel said. “If you don’t do anything, they are just going to keep rising.”

Pagel, a UCL professor, said it was vital that the lockdown must be imposed on a national level.

“If you did regional circuit breakers, it just means that the south has to do it in three weeks’ time and at the cost of many more people getting sick,” she explained.

“So we do it now together, as a country, to rebuild the system and allow us to come out of it.”

The effectiveness of the government’s three-tier system was also questioned by Dr Zubaida Haque, the former interim director of race equality think tank the Runnymede Trust.

“The whole reason the traffic light system came in was because the previous system of restrictions was so confusing and inconsistent,” the Independent Sage member said.

“What we have now is the government negotiating with local areas on an area-by-area basis where you have disparities. Where for instance Lancashire can have their gyms open but Liverpool can’t. So once again, it’s getting very confusing with the restrictions.”

Read More: Tier 3 Lockdown Has Taken Away These People’s Lifeline – The Local Gym

Data published by the government on Friday revealed that the pandemic is growing in all areas of England, with the national reproduction (R) rate of the virus between 1.3 and 1.5.

However, while it is areas of the north-west that are currently under the strictest lockdown restrictions, it is the south-west where the virus is spreading most rapidly.

According to the figures, the R-rate in the south-west is between 1.3 and 1.6, meaning that every 10 people with Covid-19 will go on to infect between 13 and 16 people.

Meanwhile, the number of new infections in the south-west is growing between 6% and 10% every day.

But it’s not just the Independent Sage members who have called the effectiveness of the government’s alert level system into question.

Professor Hynek Pikhart, an expert in epidemiology and medical statistics at UCL, warned that evidence from the UK – and internationally – suggested tier 2 restrictions “do not work and  do not slow down infection progression”.

He told HuffPost UK: “I am even quite pessimistic personally about the effect of tier 3 restrictions, and am worried we may need even stricter restrictions. It seems to me the restrictions for the whole UK may be necessary.”

At a Downing Street press conference on Friday, the prime minister defended the government’s three-tier system, saying he would resist another national lockdown “if at all possible”.

“Some have argued that we should introduce a national lockdown instead of targeted local action and I disagree,” Johnson said.

“So, while I can’t rule anything out, if at all possible, I want to avoid another national lockdown with the damaging health, economic and social effects it would have.”

A government spokesperson said: “The prime minster has made his views clear on a national lockdown and reiterated that our three-tiered approach is the right way forward, based on the different levels of prevalence of the virus across the UK.”

They continued: “NHS Test and Trace is breaking chains of transmission thanks to local and national teams working closely together and since it launched over 900,000 people who may otherwise have unknowingly spread coronavirus have been contacted and told to isolate.

“We are reaching the majority of people testing positive and their contacts and are providing tests at an unprecedented scale, with capacity expanding further to 500,000 tests a day by the end of October.”

Is Boris Johnson’s Moonshot Closer Than We Think?