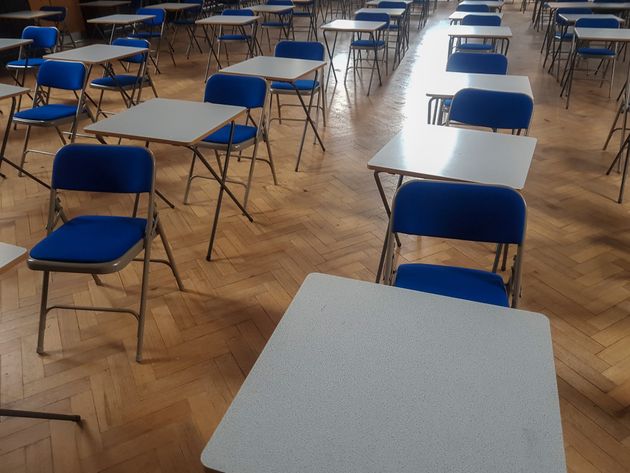 Earlier this week, we saw A-level grades downgraded by 40% for pupils in Scotland, leaving those from the poorest and most disadvantaged backgrounds in a vulnerable position concerning their futures.

In England, we learnt that, in some schools, grades have been reduced by 50%.

While the Scottish government has reverted to the originally predicted grades by teachers, a widely celebrated move, it presents its own challenges.

In particular, it has revealed a two-tiered structure that perpetuates inequality and that is sanctioned by this government.

The system throws up a plethora of issues that the Predicting Futures study by the Equality Act Review forewarned of three months ago.

Unconscious bias from teachers, factoring in past school exam performance, a failure to consider different learning styles, or taking mitigating circumstances into account, among others, are all factors that could lead to grades being under-predicted.

There is no doubt that schools in more affluent areas have greater resources, and therefore will have better results.

And yet, the Department of Education and Ofqual failed to take action.

Blindfolding over these flaws in the system, grades were nonetheless allowed to be submitted. These compromised predictions then faced further suppression by exam regulators.

Reverting back to teachers’ original estimates, as with the U-turn taken by the Scottish government, is not necessarily a fix – as it fails to acknowledge that inequality still very much exists.

An alarming factor in both stages of under-predictions is the presence of algorithms that include past exam performances of schools.

The effects of this government sanctioned postcode lottery education system will reproduce and perpetuate for years to come.

This leaves the government’s come-back clause of “students can resit exams in Autumn” null and void, as pupils from poorer backgrounds are more likely to be ill-prepared to sit these exams due to disrupted learning since March.

Amidst a global pandemic then, the British government has permitted a postcode lottery style education system as a solution to exam cancellations.

We know too well of the complex issues around inequality in both education and employment under pre-pandemic conditions in the UK, which with the aid of mis-judged government policies, have been exacerbated throughout the coronavirus pandemic.

The effects of this government sanctioned postcode lottery education system will reproduce and perpetuate for years to come. Take for instance the lag in success rate for disadvantaged students that will transpire, as they are less likely to be prepared to sit exams in the autumn and thus might have to lose the entire academic year catching up on learning, in order to resit their GCSE and A-level exams.

This will delay the most vulnerable students achieving success at the same rate as affluent pupils, thereby denying them equality opportunities. Without a doubt, this will snowball into delayed employment outcomes, which will have repercussions for the social outcomes of these pupils and their families for decades, if not generations to come. This is wholly contradictory and antithetical to the equalising impact that education is meant to have.

Let’s also not sidestep the impact of delayed employment for the future of our economy. With young people today missing out on university and college places due to under-predicted grades, there will be fewer opportunities available to them, which will most probably cause a decline in household GDP, a greater reliance on the welfare system, and a shortfall in “skilled workers” which will most likely cause companies to outsource talent from foreign countries.

While this will uphold the “migrant crisis” in decades to come, few will perhaps make the link to the postcode lottery education system, sanctioned by the current Conservative government.

Furthermore, we risk losing diversity in the workplace entirely, as BAME students are more likely to be affected by under-predictions, losing out on university places and unable to acquire employment at the same rate as non-BAME and affluent individuals.

If the flawed grade predictions system deskills our youth from the outset, what hope can we have to ever rise from the ashes of the recession we have currently plunged into?

The approach we take at this time must be well thought-out and provide the benefit of foresight, as the future of our youth, and, by extension, the future of our country, depends on it. We must not allow inequality to worsen and we must certainly not allow the impact of this second recession to cast a shadow over future generations.

Dr Suriyah Bi currently teaches at SOAS University of London and is the founder and CEO of the Equality Act Review.

Simon Cowell Is Already On The Mend After Surgery On Broken Back, Says Co-Star Heidi Klum