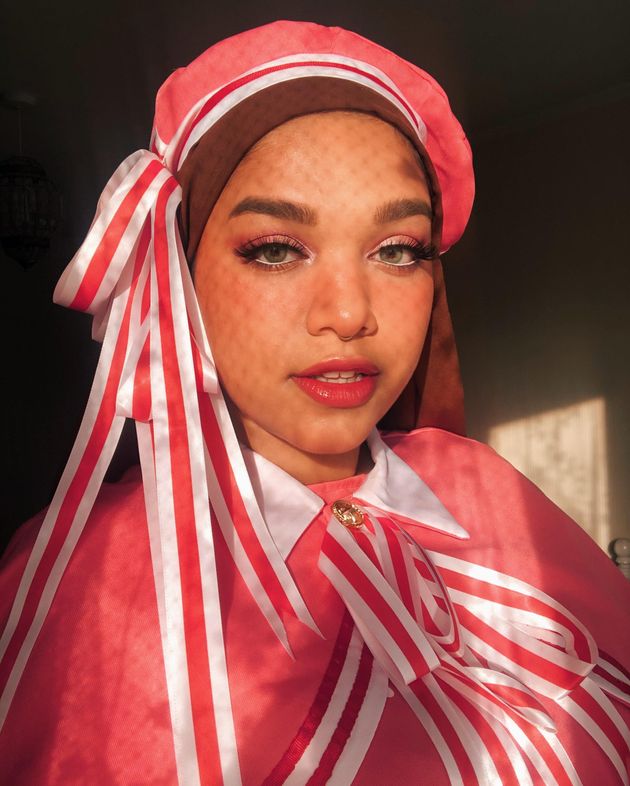 It all started with some Disney princesses. It was 2015 and Birmingham based beauty blogger, Saima Chowdhury, was attempting to recreate Jasmine from Aladdin and Rapunzel from Tangled for a new video series on her YouTube channel.

She dressed up as some other characters from the Disney kingdom, too – everyone from Cinderella to Ariel – always making sure to shape her hijab to match their trademark princess looks. But it was Rapunzel – she of the long flowing hair – who got the biggest response.

Chowdhury had started her channel, saimasmileslike, in 2009 at the age of 16. What began as a comedy platform is now home to a range of brilliant videos from make-up routines and hijab tutorials to myth-busting period and sex ed chat. It found a loyal audience, including but not limited to other young South Asian Brits. Such is her following, she dropped out of Birmingham City University to pursue a full time career as a social media influencer.

“That was the closest I got to cosplay,” says the 26-year-old of the Disney project that inspired her to venture deeper into the world of dressup.

As a photography student, she’d discovered the joys of Japanese anime culture in a big way. It soon became an obsession. “After watching [Japanese manga series] Demon Slayer I was so inspired to recreate these characters,” she tells HuffPost UK. “Then one thing led to another.” 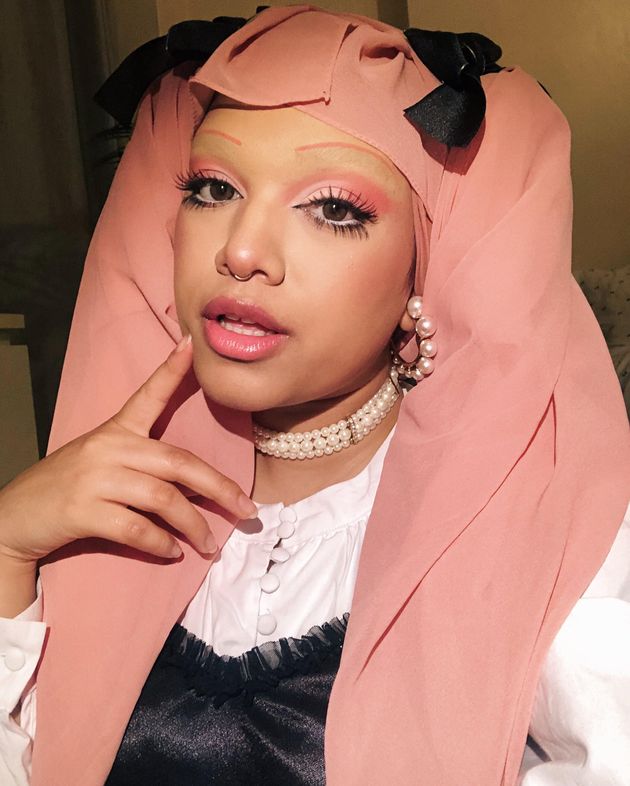 Cosplay, the art of dressing up as a fictional character by meticulously matching their outfit, face and gestures, has a huge global community. But talking about what it means to her, Chowdhury says: “It’s all about transforming yourself into a different character! There’s no rules, it’s all about having fun and showing your interpretation of the character you love!”

In the case of Demon Slayer, that’s a young boy who becomes a demon slayer after his family are slaughtered and his sister who becomes, well, a demon. “I was really surprised by the response I got from everyone because it was a slow process getting over the initial fear to pull these looks off,” says Chowdhury.

She was apprehensive before she started. “I have always been interested in cosplay, but it’s one of those things where I question myself. I wear the hijab? How will I do it? It’s not going to be accurate? Will I look stupid?”

She needn’t have worried. Her YouTube channel has an impressive 95,000 subscribers, but the Instagram account where she posts her cosplay looks has already exceeded that, with more than 115,000 followers and counting.

She bumped into one of her followers while attending her first comic-con convention in 2017. “Her cosplay was amazing and made me wish I finished mine in time so we’d match,” says Chowdhury, who’d not felt brave enough to go in full costume that time. Two years later she did – and credits their chance encounter. “It was incredible to see another Muslim woman wearing the hijab and cosplaying, it definitely gave me motivation to keep going!”

Chowdhury was planning on attending this year’s comic-con in Birmingham, but it was cancelled due to Covid-19. During the coronavirus lockdown, she has spent a lot of her time experimenting with different face colours and makeup.

“Pre-pandemic, I did have some cosplayers ask me to cosplay and meet them at a comic-con event, but sadly this wasn’t possible,” she says, while noting there’s an upside: “It’s given me more time to practise and improve my skills.” 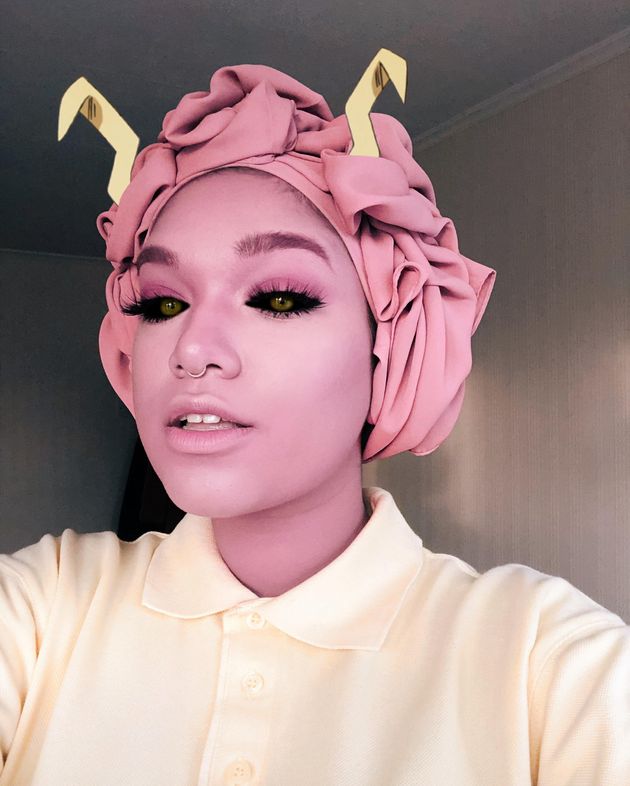 Chowdhury’s cosplay looks can take up to four or five hours to create, and despite their bold colours and styling, she uses regular makeup brands such as L’Oréal, Fenty and Mac Cosmetics to achieve them. Some even require complex techniques like blocking, erasing and carving her eyebrows to the exact shape of each cosplay character.

“When I first started off, I was doing makeup looks that were more ‘inspired by’ different characters. But as time has gone on, I now pick a character and try to match their exact look,” she says.

“The hardest part of recreating these looks is styling my hijab and matching the hair. I would just sit in front of the mirror for hours deciding how to match it.” 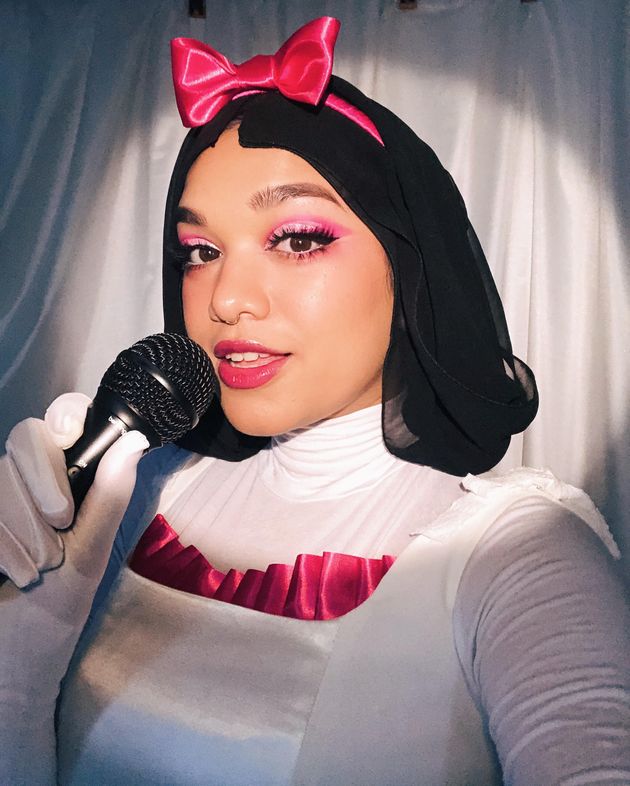 Chowdhury longs for greater visibility for people of colour in the UK scene. “One aspect I have found about the cosplay community is there are still a lot of people who gate-keep it,” she says.

“Some people often say all the characters should be white, even-though they’re Japanese. So when they see a person of colour in cosplay, it’s seen as strange.”

Connecting with more Muslim women who cosplay has made a real impact, she says. “In places like Malaysia, the cosplay community is quite big, so they do group photoshoots and are really accepted within the society. As time goes on, you find your community within a community. It took me some time to navigate around but I have found my own little space now.” 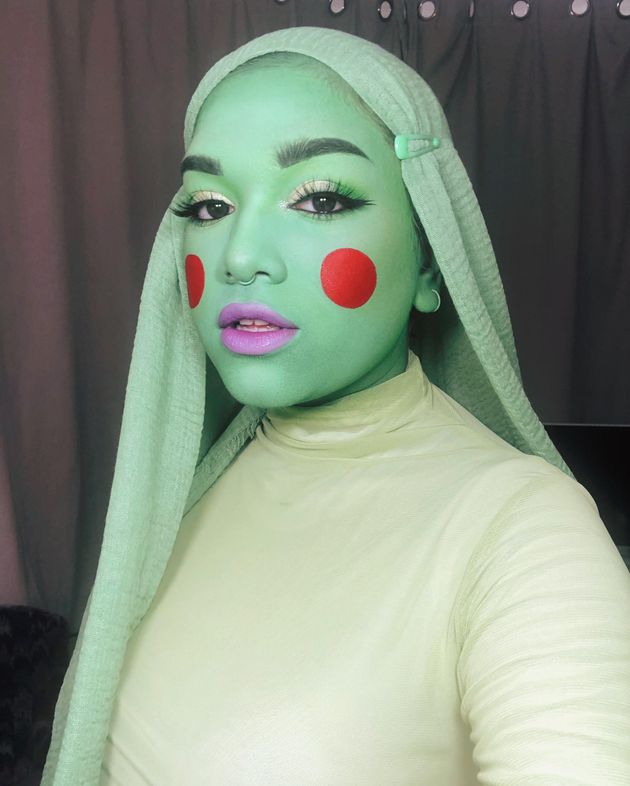 She sees her identity as a British Bengali Muslim woman as very much “intertwined” with her cosplay – continuing to “maintain hijab” no matter the outfit, hair or makeup she is recreating. That’s part of the creative challenge.

“People often have a perception of what Muslim women are, especially when they look into the media and become shocked. Muslim women are normal women. Some of them have engineering hobbies, some of them do archery, some watch anime.” 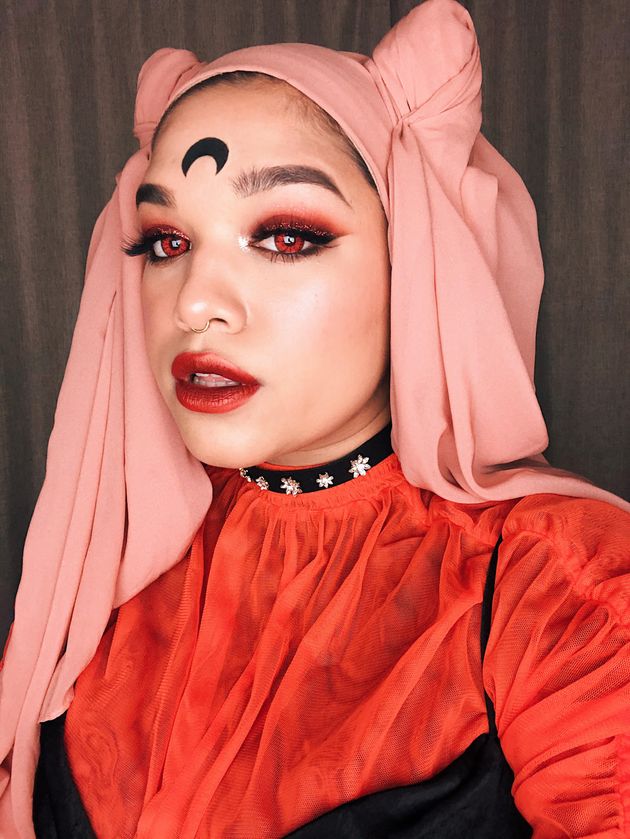 Next on her to-do list is starting to making her own set of cosplay costumes and arranging more ambitious themed photoshoots, rather than her current selfies.

Alongside improving on her own looks, she’d also love to teach other Muslim women who wear the hijab how to cosplay.

“I hope people see the same excitement I feel,” she tells HuffPost UK. “I’d love it if more girls who wear the hijab started cosplay, too, and show people that wearing the hijab doesn’t limit you in what you do!” 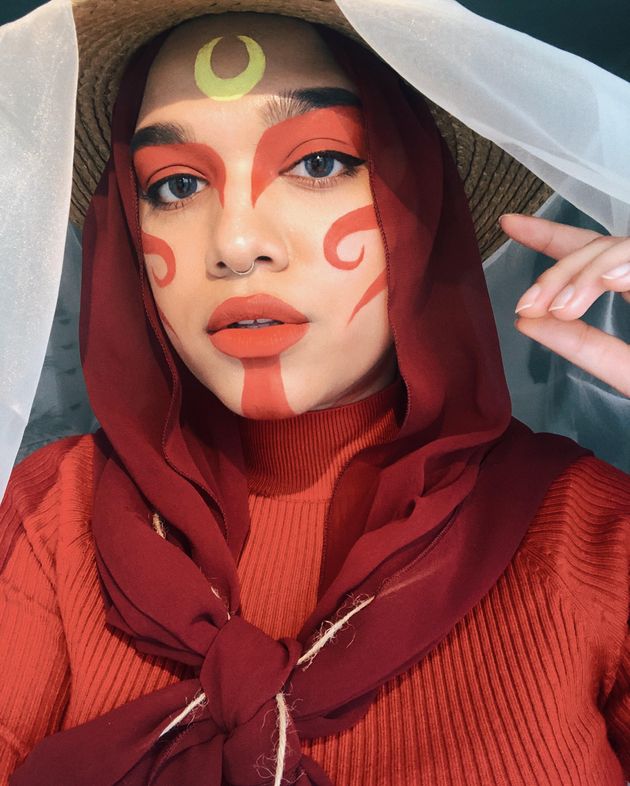