This Is The Sheer Chaos Unleashed By Last-Minute Local Lockdowns

This Is The Sheer Chaos Unleashed By Last-Minute Local Lockdowns 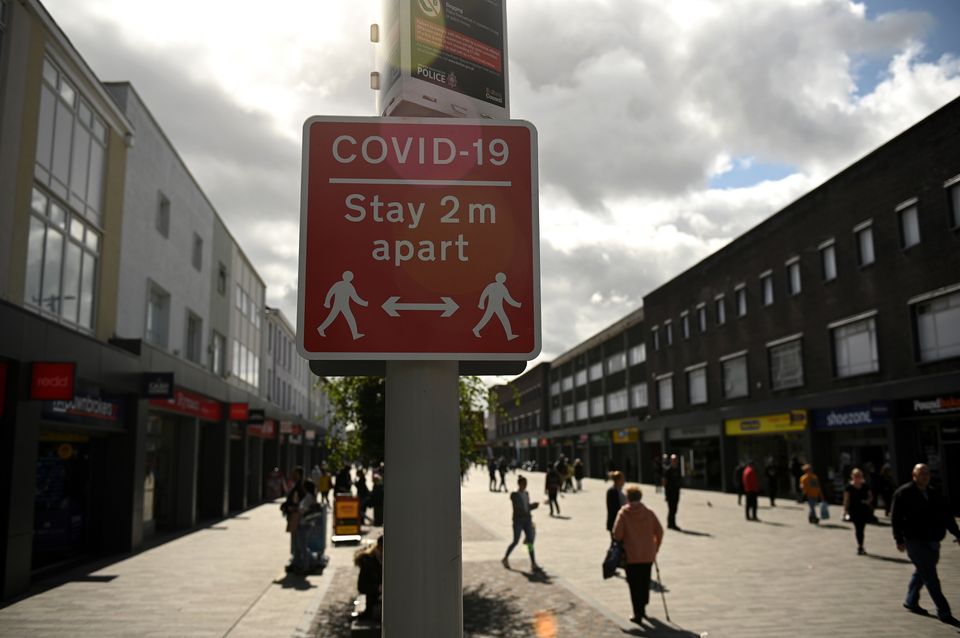 Phones ringing off the hook, councillors scrambling for details and anxious families worrying about how their jobs and children will be affected – these are the scenes local leaders have described in the wake of strict local lockdown restrictions being announced by the government.

A series of Labour councillors and politicians have told HuffPost UK how, by unveiling sweeping new restrictions late at night on social media, without details of the rules and without giving councils times to prepare, the government is undermining public confidence and sparking widespread anxiety.

“I don’t think they think enough about those things.”

In Newcastle – where a sharp uptick in Covid-19 infections has seen the coronavirus rate reach 108 cases per 100,000 people in recent days – local leaders asked the government for a series of additional restrictions to help curb the spread of the potentially deadly virus.

But when health secretary Matt Hancock announced in the Commons on Thursday that large swathes of the north-east would be under new, stricter coronavirus directives, local politicians – including Newcastle City Council leader Nick Forbes – were in the dark about the exact regulations. 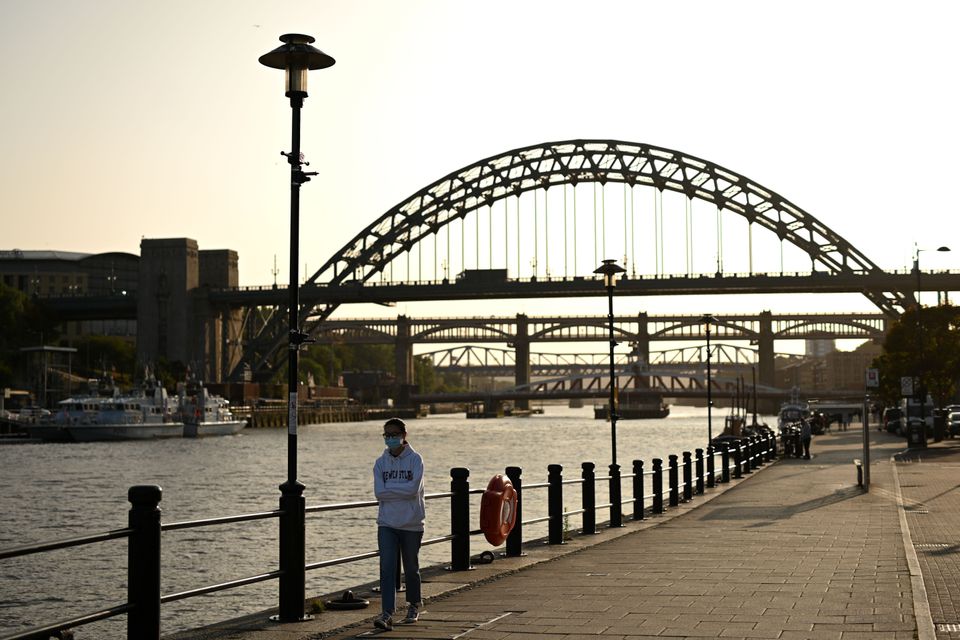 Yes, there would be a 10pm curfew for bars and restaurants and a ban on people socialising outside of their households – but what did the announcement mean for public transport? For weddings? For organised sports?

“The secretary of state made an announcement in the Commons at 11.30am, but we didn’t actually get the final version of the regulations until 6pm,” Forbes said.

“So we had maybe seven hours of people speculating wildly about what was going to be announced and we didn’t know because we hadn’t seen the final list of restrictions.”

The council knew what it had asked for, “but we didn’t know exactly what we were going to be given”.

The delay led to some people “frankly making rubbish up”, Forbes said.

“That did nothing to ensure we had clarity and consistency in messaging. In fact, it undermined what we were trying to achieve.”

The hold-up followed leaks and speculation in the local press about what would be announced by ministers, Forbes said.

“It caused a great deal of anxiety – for about a 48 hour period, the phone rang more or less non-stop, with worried people – and in some cases very angry people – either demanding answers or shouting.”

The Government announced restrictions for the North East at 11.30am this morning, effective from Midnight, but the regulations have still not been published. The longer this goes on the greater the info vaccuum and the more alarmed people are getting. We need clarity, now.

The three main things people were calling about? Visiting family members, the rules around going to pubs and restaurants and people’s upcoming nuptials.

“I think we had about eight calls from people asking if their wedding was going to be cancelled,” Forbes said.

“Of course, we hadn’t asked for any changes around weddings, but we didn’t know what the government was going to say, so we couldn’t give them a clear answer. That was deeply frustrating.”

But it’s not just in the north-east where councillors have been left reeling by the government’s handling of local lockdown restrictions.

Andrew Western, the Labour leader of Trafford Council, described how he and other leaders in Greater Manchester were given just hours to prepare for drastic changes to social distancing rules at the end of July following a spike in coronavirus cases.

They only found out about the new restrictions after Greater Manchester mayor Andy Burnham received a call from Matt Hancock around 4.30pm on July 30  saying he was “minded to act and put in place some restrictions”.

By “pure chance”, Burnham – who was himself health secretary between 2009 and 2010 – had a meeting scheduled with local Labour leaders that evening. 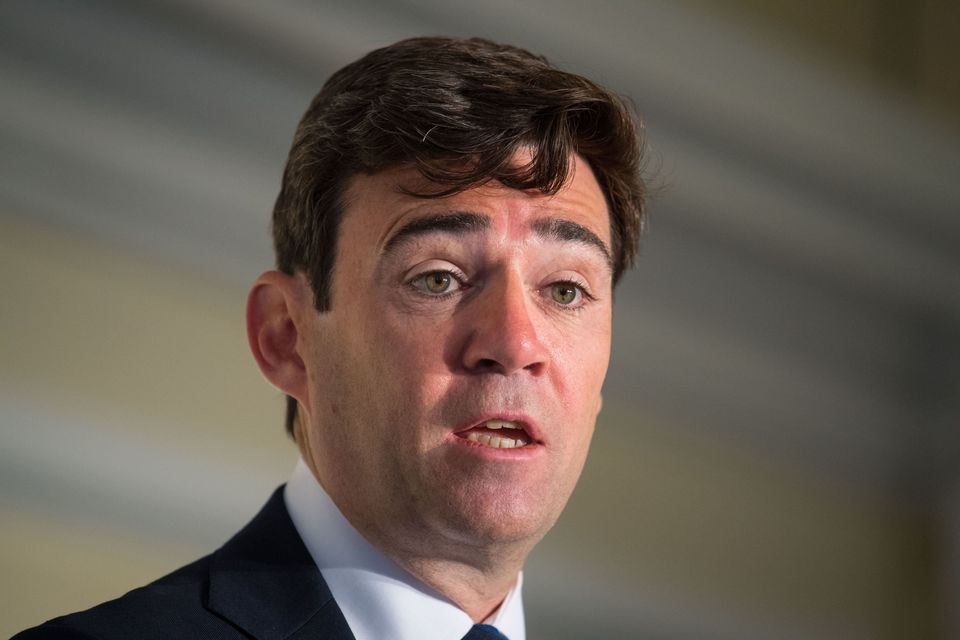 “The difficult thing is, I only got engaged late on Thursday and the health secretary was about to go into a meeting,” the mayor told HuffPost UK.

“I said to him that I would have to consult the leaders – I can’t say on their behalf that something is fine.

“I’ve said throughout this, they have the primary and statutory responsibility for their borough with regard to public safety. So I have to coordinate their voice, but their voice really matters here.”

If there hadn’t already been a meeting in the diary, most leaders would not have been able to attend a last-minute gathering, he said.

“I think that isn’t understood enough in Whitehall. If there’s a big change coming that’s going to affect millions of people’s lives, you have to really get on board the people who are going to front up that change.”

The government “haven’t thought enough about all that”, Burnham added.

Just hours after Burnham, Western and other local leaders were first informed about the new restrictions, Hancock announced the new rules – which came into force at midnight – on Twitter.

3/4 The spread is largely due to households meeting and not abiding to social distancing. So from midnight tonight, people from different households will not be allowed to meet each other indoors in these areas. pic.twitter.com/Yy7wLbdh9V

“It’s ridiculous,” Western – who has led Trafford Council since 2018 – said, branding it a “comms disaster”. “Who announces something late at night on Twitter that’s going to come in at midnight?”

By the time the mayor was informed of the changes, it was already the end of the working day, Western said.

“By that time, my staff had finished for the day. We’re responsible for enforcing this – we need to get relevant public health messages out and there’s a void basically, because nobody is around.

“You can’t expect people to be scrambling at that time of night to get messages together.”

It’s a thought that is echoed by Burnham. “Councils are used as a trusted source of information by residents,” he said. “They will turn to the council quite a lot.”

When government changes are coming, councils need time to create a messaging campaign for local people to make sure the rules are clear and easy to understand.

“But they’re not allowing time for all of that to take place,” Burnham said. “It isn’t working.”

He continued: “We are the ones who have to deal with these messages on the ground and the consequences of them.

“I don’t think the government is thinking enough of the reality of what we have to do – the inquiries we get, the public’s reaction etc. The government makes an announcement and goes on to something else and we’re left.

“If they involved us, worked with us, consulted us, their messages may even land better for them. So it’s not like us asking for something from them – we could actually give them something by helping them land their messages better.”

But Western has been blindsided more than once by new restrictions during the pandemic. 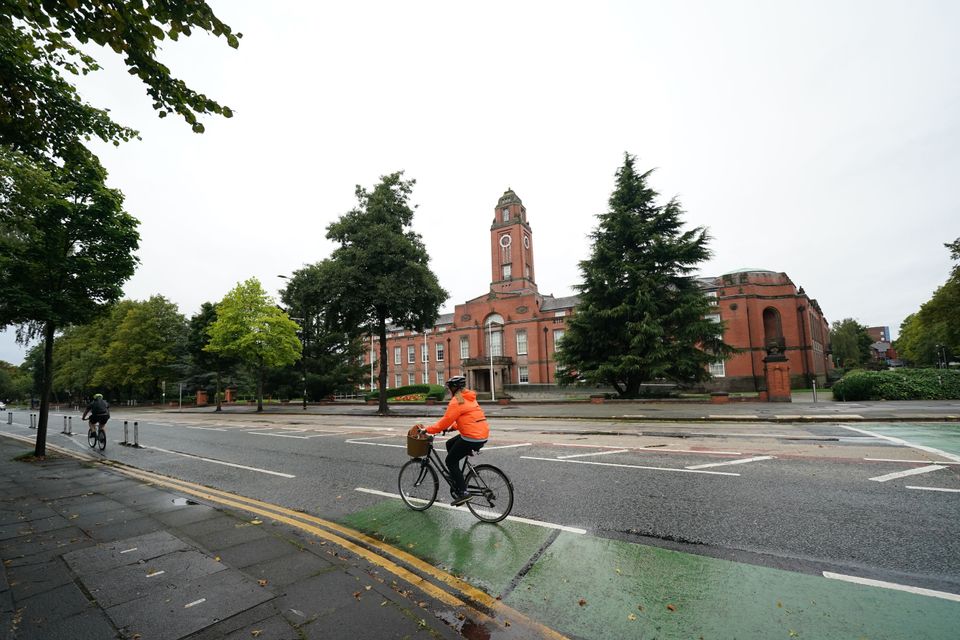 At the start of September, the government ignored appeals from Trafford Council to keep local lockdown restrictions in place in the areas and lifted the rules – only to reimpose them hours later.

“At 12.30pm in the afternoon– 12-and-a-half hours after the restrictions had been lifted, they reimposed them, having sent us a copy of the press release about 20 minutes before they did so,” Western said. “And that was the notification that we got.”

“We’re all left trying to work out what that means,” she said.

Rossendale, a borough in Lancashire, was among the areas where even stricter lockdown measures came into force on Tuesday, replacing previous rules.

Under the new guidelines, residents are banned from mixing with anyone outside their household or bubble in a bid to halt the spread of Covid-19.

“This latest announcement has not been any different,” Barnes said. “We have got hospitality venues contacting us about the 10pm curfew – ‘Is that 10pm sharp, doors shut? Or is it last orders at 10pm?’”

She added: “You just get people contacting you all the time about different aspects of this… It just comes at you from all sorts of directions, because the announcement is made so quickly, you just don’t have time to get any of the detail in place. So we’re always playing catch up with it.”

None of this can be easy for ministers, Barnes said. “It’s a new territory for UK government – they haven’t had to deal with a pandemic since the early 1900s.

“So I’m quite sympathetic in a way to that fact, I get that. But I do think if they gave themselves just a little bit longer on some things, to think the detail through, that would help them in the long run.

“They seem to be a bit of a hair trigger – they have got to be saying it now, not waiting till they have worked it through for a day or so. It’s got to be done now.”

A spokesperson for the Department of Health and Social Care told HuffPost UK that ministers and experts were “constantly” reviewing evidence about the spread of Covid-19.

“The government, working alongside scientific and public health experts and local leaders constantly review the epidemiological evidence and we are prepared to take swift and decisive action to cut the transmission of the virus and protect communities,” they said.

“Everyone has a part to play – you can protect yourself, loved ones and the public by washing your hands, wearing a face covering in enclosed spaces, practice social distancing and, if you may have come into contact with this virus, self-isolating.”

Kiss Less, Face Away: Your Guide To Covid-Safe Sex