This Is The Housing Discrimination I Face As A Trans Person

This Is The Housing Discrimination I Face As A Trans Person 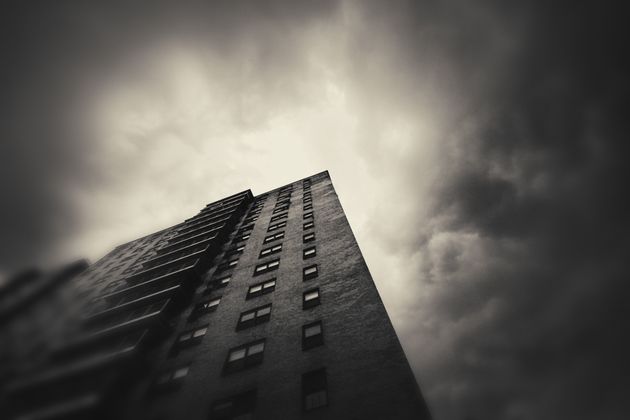 About five years ago, when I was living in Manchester for uni, I was about to be outed as transgender to my family back home in Birmingham. For my safety, I wanted to stay away.

After being essentially homeless for a short while, I ended up living in a halfway house. Going into this place ready for a relatively long stay and thinking this would my home for however long I needed, I thought well, I don’t want to lie about who I really am. But when I would introduce myself to people and tell them my name and my gender identity, I could immediately tell things were going to be difficult. When things turned violent with other residents, I was told I should ‘tone down’ the whole gender thing.

They say that moving house is one of the most stressful things you’ll ever do. But this was just the first time I faced housing discrimination because of of my gender identity.

When I have tried to find places to live since then, if my race wasn’t already a hindrance if not a dealbreaker, I feel like I can’t tell landlords or potential housemates about my gender identity or my sexuality because it might be ‘too much’.

Landlords often assumed our relationship wasn’t as strong or based in love as the straight couples looking at the same places.

It’s horrible to say now, but I always felt like I needed to hide parts of myself. I would justify it by thinking that maybe it’s fair enough if people can’t handle all these intersections, maybe it my fault for having all these different parts of my identity. I would tell myself that maybe I did need to tone it down after all.

Years later, when I was trying to move in with a female partner, landlords often assumed our relationship wasn’t as strong or based in love as the straight couples looking at the same places. I’m sure every landlord has concerns about what would happen if a couple breaks up, but for us it was always such an issue it became embarrassing. My name, Robyn, is something of blank slate, where people fill in their own idea of my gender and race. Sometimes when I meet a landlord I can almost see the cogs turning in the head as they think ‘this isn’t what I signed up for’.

My partner, who was white, made it very clear that this kind of thing never happened before they met me – not to blame me but to let me know I wasn’t imagining what was happening. I would regularly be asked rude things about my gender identity, about my past, about my relationship, about whether my partner and I wanted to get married… It got to the point where flat viewings became more like therapy sessions.

And it’s not just me. I hear nightmare stories constantly about the way friends and the LGBTQ+ community are treated – whether they’re moving in as couples and not seen as legitimate like we were, or whether they’re treated as if they’re “just friends”. Many friends feel like they have no option but to live with other queer people when perhaps they want to live in a different area or different city entirely. They feel like anything other than living with other queer people would be dangerous. And lot of us will take a place on offer because it’s their only choice, rather than stay with abusive or homophobic family members.

Having limited options for housing has a knock-on effect for every aspect of my life.

I’ve thought the same too – I live alone now and often think I should move into somewhere with other people like me just to feel safe. I’m disconnected, none of my friends live near me, nobody I know lives around me, and to see anyone I do usually have to travel quite a bit. Having limited options for housing has a knock-on effect for every aspect of my life. Considerations have to be made for what employment I could potentially reach safely and regularly, which supermarkets I’m able to get to for groceries, which doctors surgery catchment I fall under and what public transport links are nearby. These are all things most would consider when moving home but in my situation these feel less like considerations and more like taking what I can get and having to make it work somehow.

I’m more comfortable with my identity now, and I feel like I’m at the point where if you can’t handle me being myself. I’m alright moving on from whatever opportunity it is. But there’s a definite fear of going through the whole process of finding a house again. Last time, I had my partner but now, living alone, I know that going through estate agents, looking for housing is a process that is daunting, even terrifying right now. I know I would still need to think twice about what I wear when I meet landlords for the first time, as if I’m going to a job interview and need to dress more masc than I normally would, so they won’t ‘suspect’ anything about my identity.

I think a lot of people might have this idea that these concerns are quite trivial. But when you’re LGBTQ+ or a person of colour, or both, these are the sort of things you have to think about – not just in housing but in all our everyday interactions. Discrimination has such far-reaching implications that a single comment or incident is never just that. Those implications have rarely felt more exemplified than in the fight for fair, safe and stable housing as a trans person of colour in Britain.

Robyn is a writer, activist and ambassador for akt, the LGBTQ+ youth homelessness charity. Follow them on Twitter at @spacekidrobyn

23 Spectacular Autumn Walks Across The UK