Flora Blathwayt has spent her time on furlough this year making greetings cards – but not just any cards. They’re made using washed up plastic from beaches.

The 33-year-old from Peckham, London, worked for a sustainable condiments company in London called Rubies in the Rubble, but was furloughed when the pandemic hit. And she used the time wisely.

She’d been to a River Thames beach cleaning event a year previously. “I was expecting to find loads of things like plastic bottles and crisp packets, but I was amazed at the amount of microplastics [plastic less than 5mm in length] we picked up,” she says. “Some were super colourful and almost jewel like so I randomly stashed a few pieces in my pockets.” 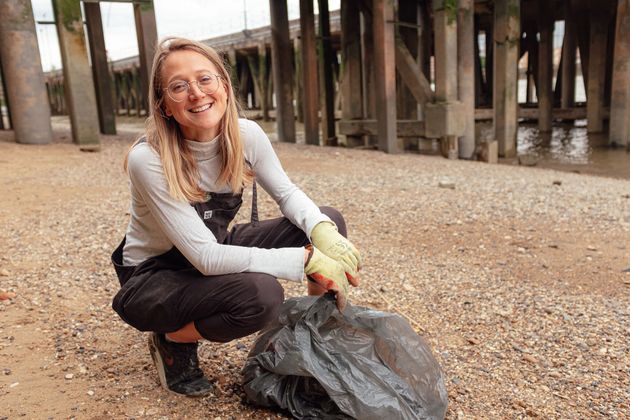 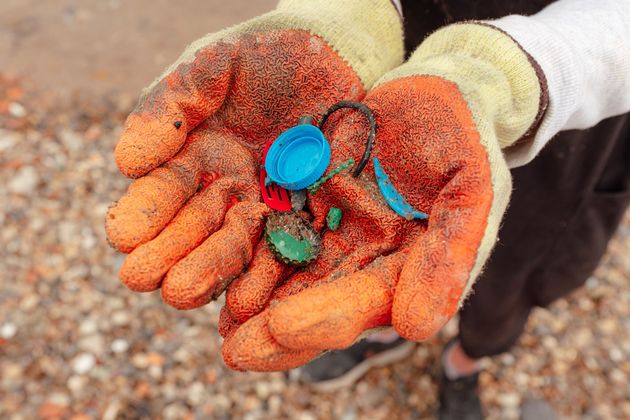 A week after the beach clean, her sister – who, for a long time, has been living plastic free – was getting married. Blathwayt decided to make her a homemade card using a few of the bits of plastic she’d collected. She had such fun making it, she decided to do more – and the response was really positive.

It wasn’t until lockdown started that she had the time on her hands to turn it into a proper venture. “I found myself beach cleaning more often and collecting more plastic with which to make cards,” she says. “At this point I decided to start making more cards and selling them on Etsy.” 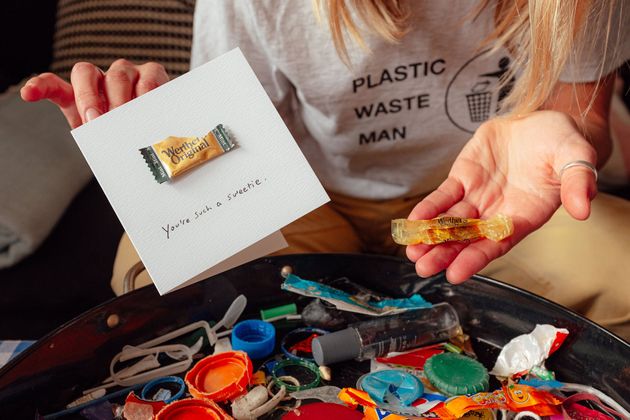 Starting a business has been energising, and also boosted her mentally. “Like a lot of people, I found lockdown quite tough at times, but the beach cleaning really helped me and it felt great doing something positive for the environment (however small). Being outside on the blustery Thames, really helps blow the cobwebs away. I also found making the cards very relaxing and therapeutic.”

So how does it all work? Blathwayt heads down to the beach with some gloves and a few bin bags to see what she can find. She collects the big stuff, which she recycles, but also picks up the tiny microplastics.

Every piece prompts its own design, which she hand-draws on recycled card. “Each one is totally unique and inspired by the plastic I find beach cleaning. I love figuring out how to incorporate the bits of plastic on to the designs.” 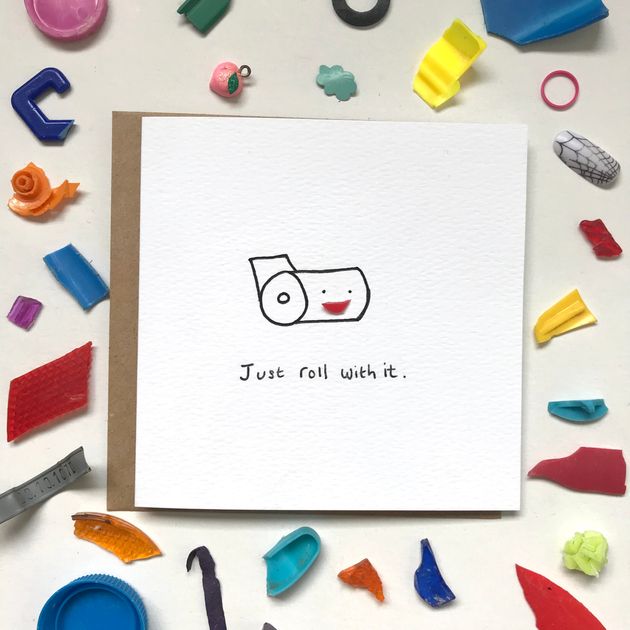 “Since lockdown has eased, I’ve started doing beach cleans further afield In places like Whitstable, Porlock and my new favourite place In the world – Hoddevik in Norway,” she says.

Blathwayt wraps the cards in upcycled packaging, instead of a plastic protective sleeve. “My favourite packaging I use at the moment is the jazzy wrapping paper that comes with the ethical loo roll I buy from Who Gives A Crap! The other thing I really love is the brilliant but awful (let’s be honest!) puns I use on the cards.” 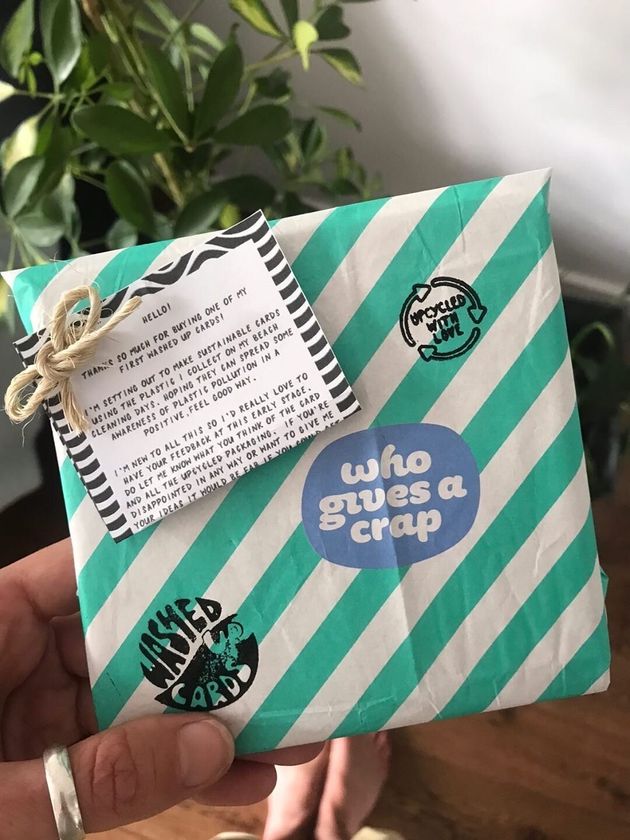 Blathwayt acknowledges her cards aren’t going to dent the million tonnes of plastic entering our rivers and oceans every year, but if it helps spread a little love and “get a few people to be a bit more conscious about their plastic consumption” then it’s making progress, she says.

On September 26, she’s even organising her first ever official Washed Up cards beach clean in London for World Rivers Day. Find out more on Instagram. 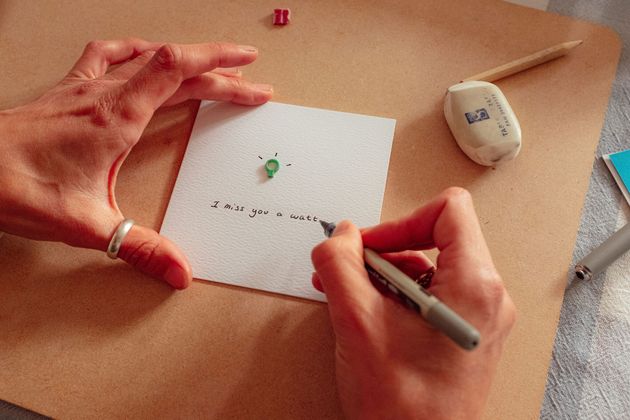 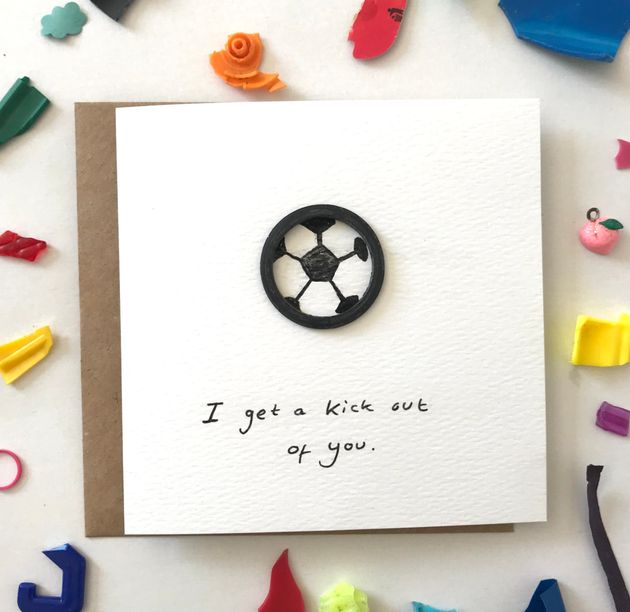 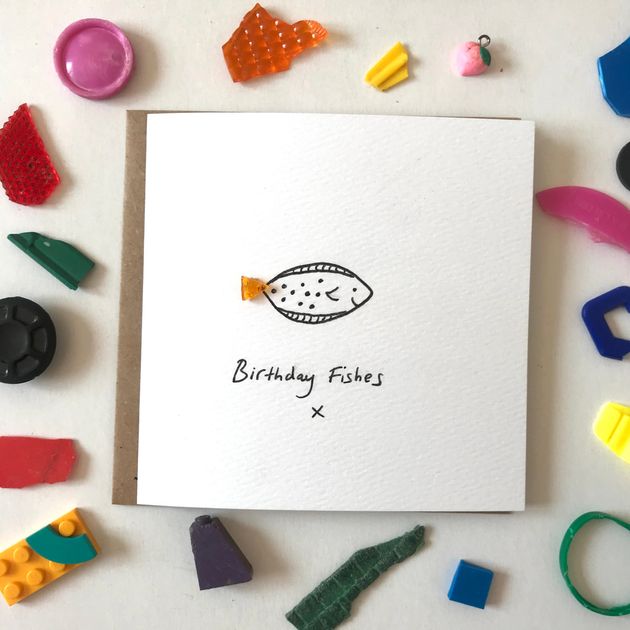 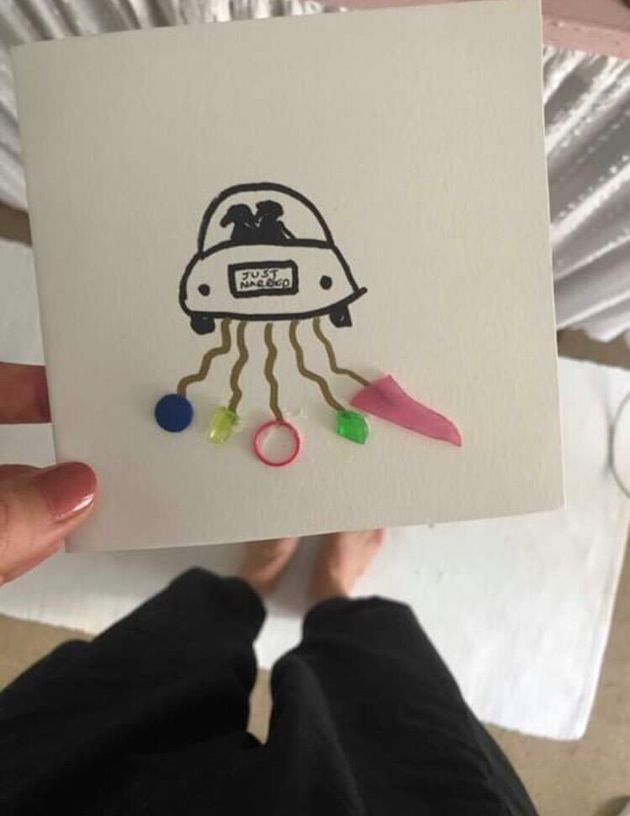