Amid the news that president Donald Trump has tested positive for coronavirus, questions are naturally being asked about who he has come into close contact with – and could potentially have infected.

The 74-year-old – whose age puts him in the most vulnerable category for the virus – revealed on Friday that he and his wife Melania had contracted Covid-19. Reports from the New York Times suggest the president has minor symptoms.

Advice differs on how long you may be infectious with coronavirus but the NHS recommends that individuals inform people they have been in close contact with in the past 48 hours that they may have the illness.

Vice president Mike Pence and second lady Karen Pence have announced they both tested negative, while Democratic challenger Joe Biden wished the Trumps a speedy recover but did not comment on his own health following Tuesday’s debate.

So, not including the scores of staff members, supporters and potentially other members of his own family, these are all the people Trump is known to have met publicly in recent days:

Trump flew to his Bedminster resort in New Jersey for a private fundraiser, where he is reported to have come into contact with 100 people. Sources report he was “lethargic” at the event. Hours later he confirmed he had tested positive for the virus.

Trump is said to have minor symptoms. He was lethargic at the Bedminster fundraiser, per an attendee. As of last night, officials were discussing treatment options as well as options for addressing the nation. https://t.co/DCq8wCL3B4

It’s borderline criminal that Trump was aware he was exposed to the coronavirus by Hope Hicks, who tested positive on Wed., but he still traveled to his club for a fundraiser on Thurs. “where one attendee said POTUS came in contact with about 100 people” & he was having symptoms https://t.co/fRJJuyCQrY

Trump traveled to Minnesota for a fundraiser at a private home in suburban Minneapolis and an outdoor rally in Duluth.

Trump took part in the first presidential debate with Biden. While the pair spent the debate at opposite ends of the stage, they had closed the gap somewhat as they departed the stage with their wives Melania and Jill.

Sources say Trump was accompanied to the debate on board Air Force One by all of his adult children and campaign manager Bill Stepien, who was then later spotted getting into a van with Hope Hicks – who has also tested positive.

Trump’s adult children and senior staff did not wear masks during the debate, violating host rules. 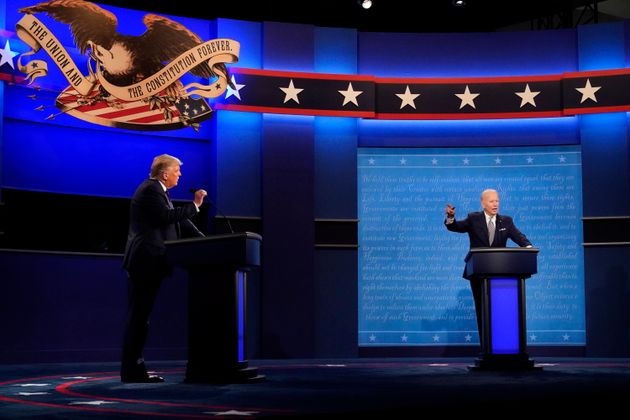 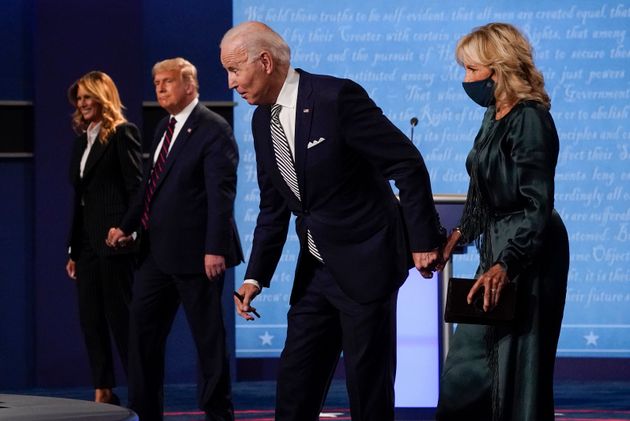 It’s not known if debate moderator Chris Wallace of Fox News mingled with the Trumps before or after the event. 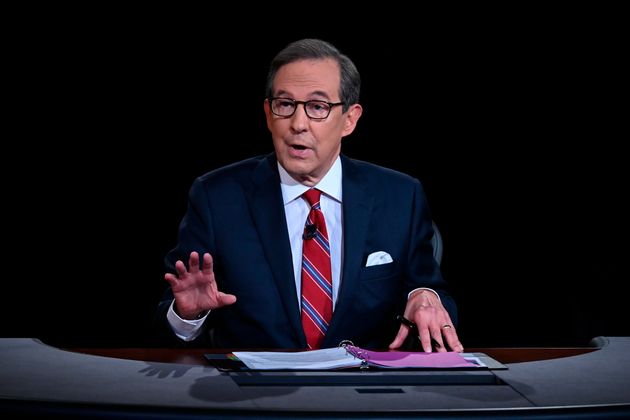 Trump was accompanied by all of his adult children + senior WH/campaign staff on AF1 en route to debate.

All were seen w/o masks.

Campaign manager Bill Stepien was seen on board w/o a mask, and then was spotted getting into a staff van w/Hope Hicks.https://t.co/Fx1Q5kkNQb

Lordstown Motors CEO Steve Burns met Trump at the White House to talk about the Endurance all-electric pickup truck. Neither wore masks but posed for photographs.

The event was also attended by two members of Congress and two other representatives from the Lordstown, Ohio, manufacturer. 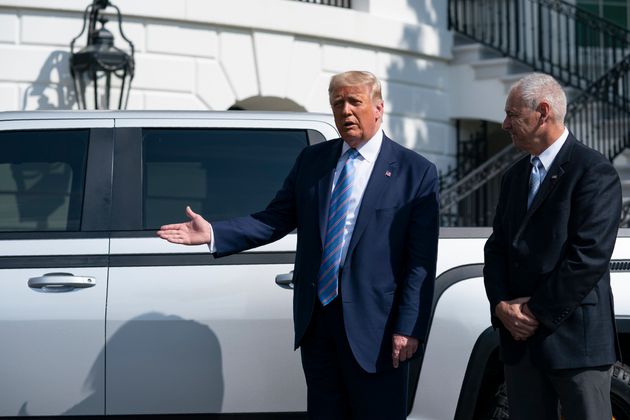 Trump also held a Rose Garden event to announce an administration effort to distribute millions of coronavirus test kits to states. The event was attended by administration officials including Pence, members of Congress and state officials.

Trump was spotted adjusting the microphone for judge Amy Coney Barrett, who he announced as his nominee to the Supreme Court in the Rose Garden at the White House. 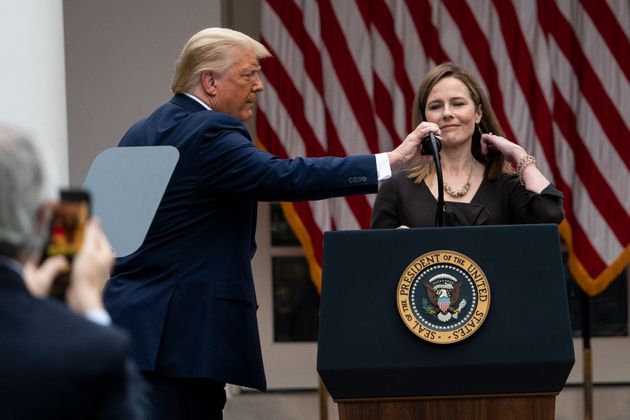 He was also pictured meeting people – again without a mask – at a campaign rally at Harrisburg International Airport that same evening. 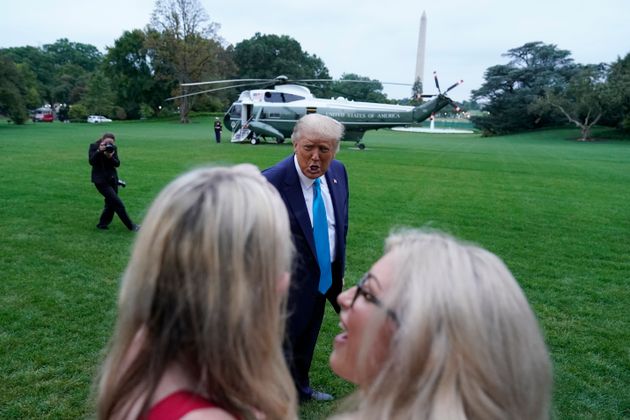 Trump held a rally in Newport News, Virginia and a campaign event at the Cobb Galleria Centre in Atlanta, where he met senator David Perdue, Georgia governor Brian Kemp and his wife Marty. 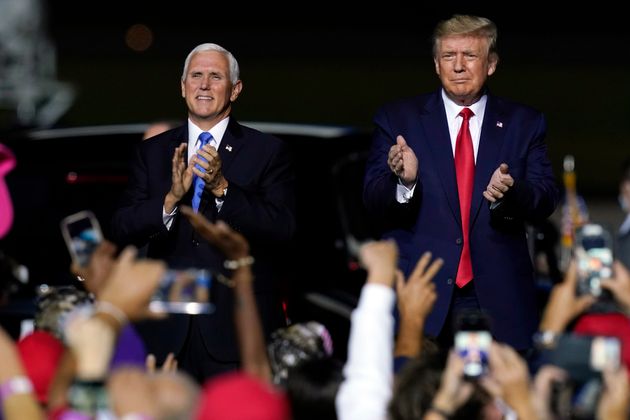 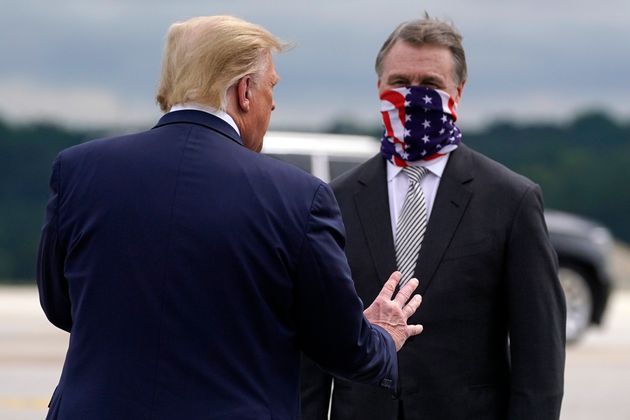 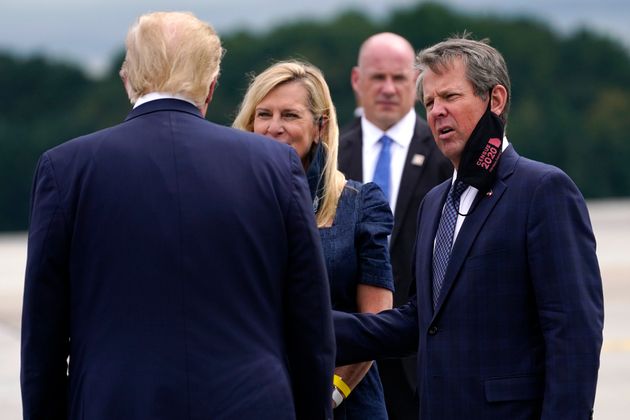