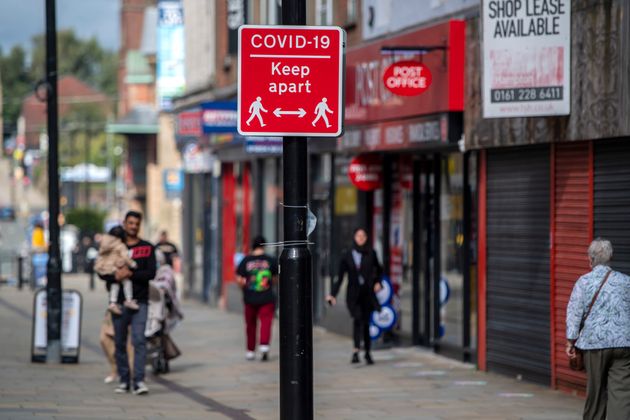 Bolton remains the place in England with the highest rate of coronavirus infections, new data has revealed.

Public Health England figures show the town recorded 552 new Covid-19 cases in the seven days to September 10 – the equivalent of 192 cases per 100,000 people.

It represents a significant jump in infections, with a rate of 126.2 cases per 100,000 recorded the week before.

The increase comes despite the government implementing even tougher lockdown restrictions for the town, including a strict curfew for bars and restaurants.

According to the European Centre for Disease Prevention and Control, the 14-day infection rate across the UK is currently 48.6 cases per 100,000 people.

But Bolton is not alone – four other areas of England also have rates that are now higher than 100 cases per 100,000.

Areas of England with the highest rates of Covid-19

The latest data from Public Health England also reveals that more than 1,000 new cases of Covid-19 were recorded in Birmingham in the week leading up to September 10.

From Tuesday, people in Birmingham – along with those in Solihull and Sandwell – will be banned from mixing with other households in a bid to stop the surge in cases.

In total, 210 of the 315 local authority areas in England recorded an increase in the weekly rate of new Covid-19 cases in the seven days to September 10.

The rate fell in 91 areas and was unchanged in 14 areas.

New cases were recorded in all 315 local authority areas.

On Sunday, the UK reported 3,330 new cases of coronavirus.

It comes amid a surge in infections, with more than 3,500 new cases recorded on Friday for the first time in almost four months.

Will The New Generation Of Trade Union Bosses Help Or Hinder Keir Starmer?