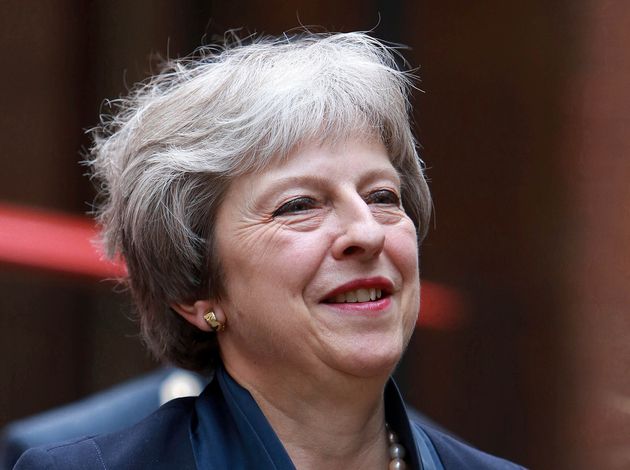 Theresa May is paying herself nearly £300 an hour for making speeches.

The former prime minister pockets £85,000 a year from her own company, the Office of Theresa May, for around 24 hours’ work a month on speaking engagements – which works out at more than £295 an hour.

She earned more than £180,000 for her business through speaking engagements abroad last month, the Commons register of MPs’ interests reveals.

The company set up by May was paid £136,000 for a speech at the World Knowledge Forum in Seoul, South Korea, on September 18

The engagement was reportedly the reason why she missed a key vote on the government’s law-breaking Internal Market Bill two days earlier, which gives MPs the power to renege on key aspects of Boris Johnson’s Brexit withdrawal agreement.

May repeatedly spoke out against the legislation but failed to actually vote on it either way during its passage through the Commons.

The day before the South Korea event, May’s business also received £46,750 for a virtual speech for the Telmex Foundation in Mexico.

Her entry in the register says: “From 1 September 2020 until further notice the Office of Theresa May Ltd pays me £85,000 a year for speaking engagements, with an expected commitment of 24 hours a month.”

The rest of the cash she makes from speaking engagements is used to pay employees, maintain May’s involvement in public life and to support her charitable work, according to the register.

May was also gifted use of Heathrow Airport’s Windsor suite on September 14 and 18, worth £4,200 on each occasion.

It is speculated that she may have used the suite when travelling to and from South Korea for her speaking engagement there.

Pub Renames Itself ‘The Three Bellends’ In Protest Against Liverpool Lockdown