There’s Only One Way To End Youth Violence: Defund The Police

There’s Only One Way To End Youth Violence: Defund The Police 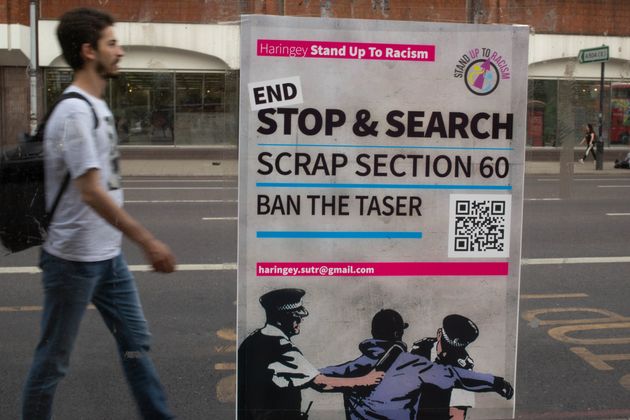 But below the surface, the root causes of violence are intensifying, just as the social consequences of the coronavirus begin to set in.

We now see what a decade of austerity leads to: a hollowed-out welfare state, decimated youth services and hugely inadequate mental health support for young people. This leaves us vulnerable to violence like never before.

We’re two young people from communities which have been abandoned by the powerful in this country. Our message is simple: unless drastic, radical, and transformative change is brought in, violence will spike.

The picture is bleak. Young people in this country’s most deprived communities are facing the trauma of loss and are being locked out of the economy as the recession deepens.

The escalation of racist stop-and-search tactics means that many young people can’t walk the street without the police suspecting them of crimes they haven’t committed – far too many young people feel their skin colour makes them a constant object of suspicion.

So how can we address these issues, and make young people safer?

Firstly, we have to address the misconceptions about youth violence. It’s not caused by drill music, or low police numbers on the street, but instead its causes lie in the failure of politicians to create a society that prioritises the health, wellbeing and safety of young people.

Statistics show in undeniable clarity that this country has failed its young people. Cuts to benefits have left a staggering 4.5 million young people living in poverty; because of educational inequalities the attainment gap between students on free school meals and their wealthier counterparts is significant; and because of heightened performance pressures combined with academisation, schools are excluding or “off-rolling” students in alarming numbers. And so we see the school-to-prison pipeline grow.

We don’t need more police officers on the street or a rise in police funding – we need investment in what genuinely keeps communities safe.

Wider society urgently needs to expand what it considers as violence. Poverty, which affects young people’s educational outcomes as well as physical and mental health, should be considered violence. So should homelessness or exclusion from school.

In the wake of the recession caused by the pandemic, there is one thing the government could do that would do more to reduce violence than anything else: defund the police.

The police are still set to get a £1.1 billion budget boost in 2020/21, giving them a total £13.3 billion. Increasing police funds will fail to properly eradicate youth violence. Instead, it will produce more symptoms of oppression on an already marginalised group that doesn’t trust the state.

The naked eye can see this unaided. Young people, especially from African and Caribbean descent, are over-policed as citizens, and under-policed as victims.

We see this throughout the lockdown measures, where young black men were stopped and searched 22,000 times during lockdown, 80 percent of which led to no further action. This highlights the truth: stop and search is both disproportionate and massively ineffective in decreasing youth violence. This fact isn’t new.

From 2010 to 2018, only 15% of people stopped and searched were arrested, and the vast majority of those arrests were for drug offences – not for weapon-carrying. The strategy of over-policing communities is an uneducated, lazy, ignorant attempt to run away from tackling the core societal issues that really affect rates of violence.

If we’re serious about reducing violence, we also need fewer prisons. Prisons are our biggest mental health wards in the UK, with a vast number of people entering prison with underlying mental health conditions.

Despite both coronavirus and sharp economic decline, the government is still set on building four new prisons. This will do nothing for young people caught up in violence. 42.6% of juvenile conflicts end up reoffending.

Overflowing our prisons with citizens locks up societal problems for a limited time, but it makes them worse in the longer-term: our prisons exacerbate the issues faced by our most vulnerable, rather than addressing them, and many people leave prison more dangerous than when they entered it.

During the recession, the government should put the funds defunded from the police back into the hearts of communities, by investing in youth services, mental health support, housing and so on. Decades of government cuts have resulted in neglected and poverty-stricken communities, in which the generation of tomorrow turn to postcode wars, county lines and knife crime for financial gain, feeling that legitimate society has shunned them. The economic hardship from the current recession will only cause a surge in the inequality gap for the youth, unless radical action is taken immediately.

Athian Akec is the Youth MP for Camden and an activist on knife crime, systemic racism and inequality. Emmanuel Onapa is a freelance writer and campaigns manager at Account, Hackney’s youth-led monitoring group.