A deadly boa constrictor could be on the loose in Oxford – leaving a sinister calling card in the form of a five-foot-long shed skin.

The discovery was made by seven-year-old Amelia Drewett, who was out walking with her grandfather in the leafy residential suburb of Headington.

The family is appealing for the owner of the snake to come forward – but so far no one has.

Boa constrictors are non-venomous but have been known to kill large animals by squeezing them to death. 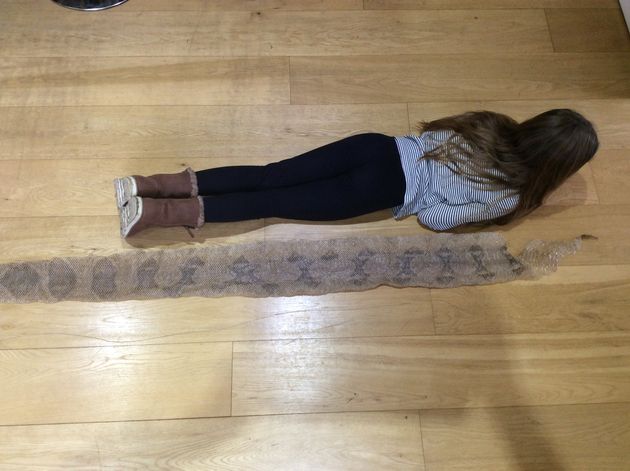 The section of skin was found by a busy road and measures around 5ft but is incomplete – meaning the snake could be several feet longer in total.

It is now hanging up in Amelia’s grandparents’ house.

Amelia’s grandmother Debra Drewett, 65, said: “I couldn’t believe my eyes when they brought it home. It goes from almost floor to ceiling.

“They thought it was just plastic in the brambles under the bridge, but they took a closer look and it was this huge snakeskin.

“Nobody’s come up with any sort of reasonable explanation for how it got there.”

“I was really worried and had the image of a huge snake slithering around someone’s garden.” 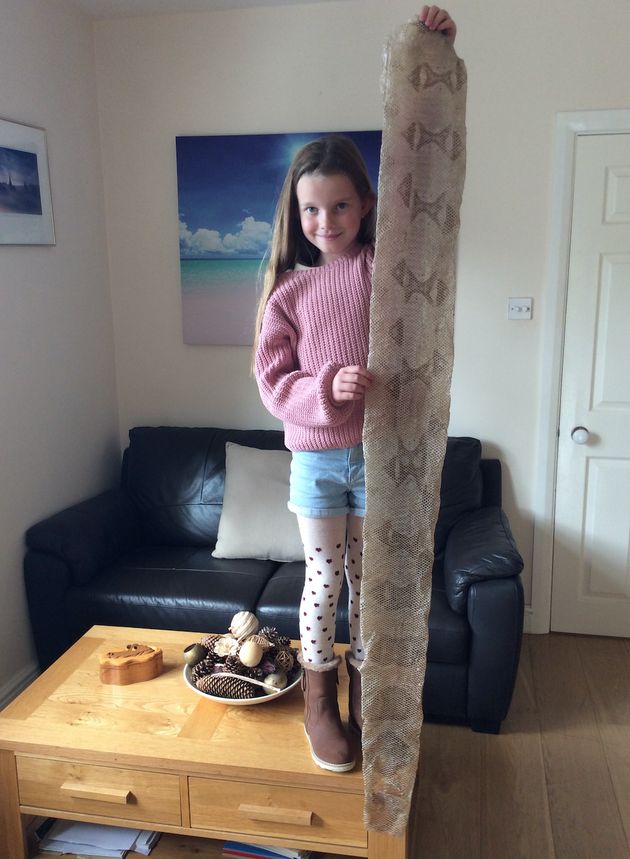 Drewett emailed the RSPCA after the discovery and spoke to Evolution Reptiles in nearby Kidlington, who told them it was a boa constrictor.

The shop does not sell that type of snake as they grow too big and assistant Nicole Head believes it was dumped deliberately.

She said: “I can imagine somebody’s probably let it go, as a large snake is pretty hard to lose.

“It’s not the first time we’ve heard or seen this happen, but we’re keeping our eye out to see if anyone’s lost it.

“If it’s scared it’s going to be worried, but we can’t imagine it’ll cause harm.”

This view was echoed by Colin Stevenson, head of education at Crocodiles of the World zoo in Brize Norton, Oxfordshire.

He revealed the boa would be feasting on rodents and small birds and the climate meant it was unlikely to survive until Christmas.

Stevenson said: “It’s not going to eat your cat. You wouldn’t want it to bite you, but it would only give you a nasty wound.

“Most of these reptiles aren’t going to do too well in the wild in England.

“It’s certainly too cold for them to thrive, unless they can find somewhere warm or protected.”

A licence to keep a boa constrictor is not needed as they are not venomous, so not deemed a dangerous wild animal.

The RSPCA did not respond to a request for comment. 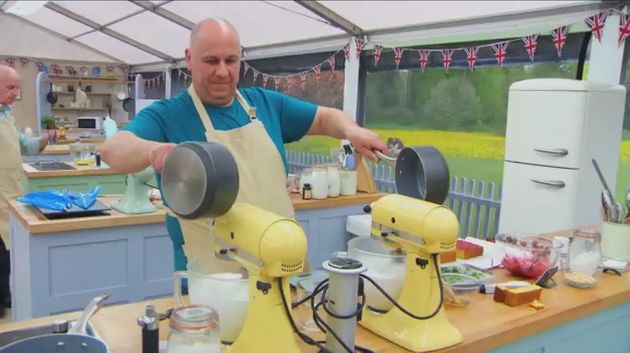