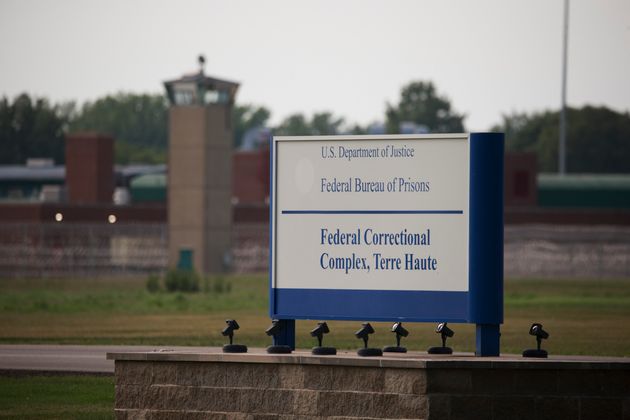 The federal government executed 50-year-old William LeCroy on Tuesday night after the Supreme Court denied a last-minute bid to block it. LeCroy, who was convicted in 2004 of killing a nurse he believed had put a spell on him, was given a lethal injection of pentobarbital. The sedative caused his midsection to heave uncontrollably, the colour to drain from his lips and his face to turn pale grey, according to witnesses in the execution chamber inside a federal prison in Terre Haute, Indiana. He was pronounced dead at 9:06 p.m.

Another man, Christopher Vialva, is scheduled to be executed Thursday as punishment for killing two people during a 1999 carjacking at Fort Hood in Texas. He will be the first Black man executed under President Donald Trump and the seventh this summer since Attorney General William Barr and Trump revived the punishment.

LeCroy and Vialva are part of a wave of federal executions that began in July when the Trump administration resumed carrying out the death penalty for the first time in 17 years, in the middle of the coronavirus pandemic. The government is using a drug that may torture as it kills, according to autopsy reports. Several of the men selected for execution over the past two months still had pending litigation related to their cases when their deaths were scheduled.

Vialva, who was 19 years old when he committed his crime, never had the chance for post-conviction review, despite credible claims of ineffective assistance of counsel and advancements in neurological science showing that the teenage brain is not fully matured.

“I am speaking out now because the U.S. government is trying to execute me and many others using your tax dollars, and there is no substantial national media coverage on federal capital punishment,” Vialva said in a video recently released by his attorneys. Most people, Vialva noted in the video, are unaware that Black people are disproportionately sentenced to death and that many people on death row were arrested before they were old enough to legally drink. “People decided that despite having our whole adult life ahead of us, that we were beyond redemption,” Vialva said.

An ‘End-Run’ Around Judicial Oversight

Last year, Barr announced plans to resume federal executions after a long hiatus caused by legal challenges, drug availability issues and an Obama-era review of capital punishment after a disturbing botched execution in Oklahoma. The first five men initially chosen for death appeared to have been strategically selected. The men had been convicted of violent crimes against children and the elderly. One had been a member of a white supremacist group — a detail that obscured the systemically racist implementation of the death penalty.

The federal government also appears to have intentionally chosen for its first executions men who were not original plaintiffs in an ongoing lawsuit filed in 2005 alleging that the three-drug formula used in federal executions violated constitutional protections against cruel and unusual punishment and ran afoul of procedural requirements. The Supreme Court eventually upheld the legality of the drug combination in a different case — but in 2011, the sole U.S. manufacturer of one of the drugs stopped producing it in response to pressure from human rights activists.

Barr’s solution to the drug supply issue was to switch from the three-drug protocol to a single drug, a sedative called pentobarbital. But several of the legal challenges to the three-drug protocol would also reasonably apply to the single pentobarbital dose. Selecting individuals for execution who were not originally part of the lawsuit amounts to “an end-run around judicial oversight,” Robert Dunham, the executive director of the Death Penalty Information Center, said in an interview.

Autopsy reports reviewed by NPR show that individuals executed by lethal injection — including those who were administered pentobarbital — experience high rates of pulmonary edema, in which the lungs fill with a mix of blood, plasma and fluid to create the feeling of suffocation or drowning.

“It is highly likely that even in an execution that appears to be going according to plan, that the prisoner is sedated and nonresponsive but is conscious and aware of being put to death in a manner that feels like waterboarding and suffocation,” Dunham said.

Executions During A Pandemic

Unlike the federal government, most states have paused executions during the coronavirus pandemic in an effort to limit the spread of the virus in prisons, which are already high-risk environments for COVID-19. The federal death row is housed at the Indiana complex. A federal execution team consists of more than 40 Bureau of Prison staff members, assisted by about 200 Terre Haute prison staff, who provide security and support, BOP regional counsel Rick Winter wrote in a court filing.

“It is just mind-boggling,” said Cassandra Stubbs, director of the American Civil Liberties Union’s capital punishment project. “The federal government is struggling to respond to Covid. We have nursing homes getting inadequate [protective gear]. There are just all these resource problems, and they’re pouring resources into these totally unnecessary federal executions. For no reason at all.”

The ACLU sued the federal government in July on behalf of Buddhist priest Seigen Hartkemeyer, the spiritual adviser to Wesley Purkey, who was executed later that month. Killing Purkey during the pandemic “presents an untenable conflict” for Hartkemeyer, the ACLU wrote in its complaint. The 68-year-old man, who has a history of recurring bronchitis and pleurisy, “must decide whether to risk his own life in order to exercise his religious obligation to be present for Mr. Purkey’s execution.” Family members of the victims of another man scheduled to be executed later joined Hartkemeyer in asking the courts to delay the executions until it would be safe for them to attend.

Their concerns weren’t hypothetical. On July 11, just days before Purkey and two other men’s scheduled executions, a BOP staff member tested positive for COVID-19. The staff member had attended meetings in preparation for the executions and did not always wear a mask, Winter wrote in another court filing. Asked how many staff and incarcerated individuals he was in contact with, the staff member reported, “? Alot.”

Still, the federal government pushed forward with the killings, fighting cases up to the Supreme Court. On July 15, Hartkemeyer waited in his car outside the prison from 4 p.m. until 3 a.m., when the Supreme Court ruled that Purkey’s execution could go forward despite pending litigation on his mental competence.

Data obtained by the ACLU through a Freedom of Information Act request show that the executions at Terre Haute may have caused a COVID-19 spike at the prison.

Susan Otto, who has worked as Vialva’s lawyer for 17 years, flew to Indiana from her home in Oklahoma ahead of his scheduled execution on Thursday. “If I contract COVID as a result of it, then that’s what happens,” she said in an interview.

“It would be unbearable to me to let him be executed without being present. He asked me to be present. And I’m going to be there,” she said.

Vialva has spent part of what may be his final days responding to letters from strangers, Otto said. He even made sure to respond to one letter that he wasn’t allowed to read because it was sent with a return address label on the envelope that violated prison rules. He told the sender that although he couldn’t read their letter, most people had written to him to send their prayers — and that if that was their message, he wanted to thank them.

“I just think it’s really important that you respond to things like that. Because if people know that what they said mattered, they’ll keep saying it,” Vialva told Otto.

Vialva is still trying to persuade the Supreme Court to stay his execution, arguing that a Texas law that guarantees a minimum of 91 days between the notice of execution and the date of execution should apply in his case. Vialva received only 55 days’ notice, barely enough time to file a petition for executive clemency, Otto said. Vialva isn’t asking for freedom, only for his life to be spared. “For him to be allowed to live out the rest of his life, as he puts it, ‘preaching, teaching, and learning,’” Otto said of Vialva, who is a Messianic Jew.

Vialva was sentenced to death in 2000 by a nearly all-white jury. Since then, neurological research has shown that the portions of the brain responsible for impulse control and decision-making do not fully mature until a person is in their 20s.

“The person that he is now is so completely opposite and unrecognizable in the context of the offence,” Otto said. “I think even a person who staunchly believes that the death penalty is completely appropriate — it would give them pause if they realized that a jury said that this young man, at the age of 20, had no redemptive qualities whatsoever and that the only thing we could do as a society was execute him.”

Kiss Less, Face Away: Your Guide To Covid-Safe Sex