The Reopening Debate: Is It Safe To Send Kids Back To School? - Rugby and Daventry Radio Station Midlands UK

The Reopening Debate: Is It Safe To Send Kids Back To School?

The Reopening Debate: Is It Safe To Send Kids Back To School? 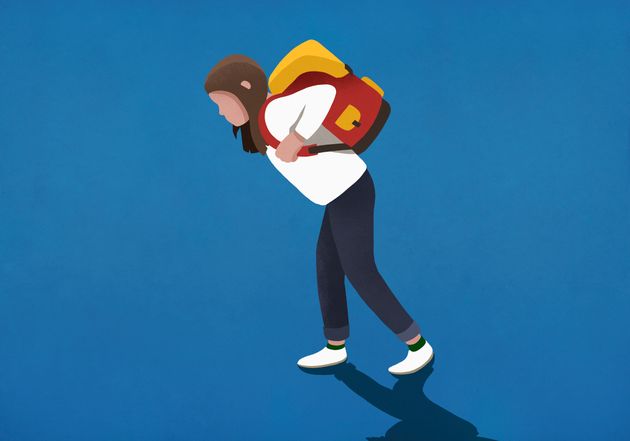 Is it safe to send my kids back to school? It’s a question parents up and down the country have been asking for the past few months. Come September, all children are expected to go back – both primary and secondary.

It’s now widely agreed children have a much milder experience of the virus than adults. A new study, lead by Public Health England (PHE), suggests kids in England made up just 1% of Covid-19 cases during the first wave of the pandemic, which prompted UK academics to say going back to school in September is a viable, low-risk option.

For the study, researchers compared disease trends in adults and children in England between January and May 2020, and also looked at Covid-19 test result data for this period. Between 16 January and 3 May, 540,305 people, including 35,200 children under the age of 16, were tested for the virus.

Around one in four (24%) of those tested had the virus. Children accounted for 1,408 of the positive results – 1% of the total. This compares with around 19-35% of adults. The highest number of tests and positive results were among infants (particularly those under three months old), and among one-year-olds.

These figures are in line with those reported for children in other countries, say the researchers. 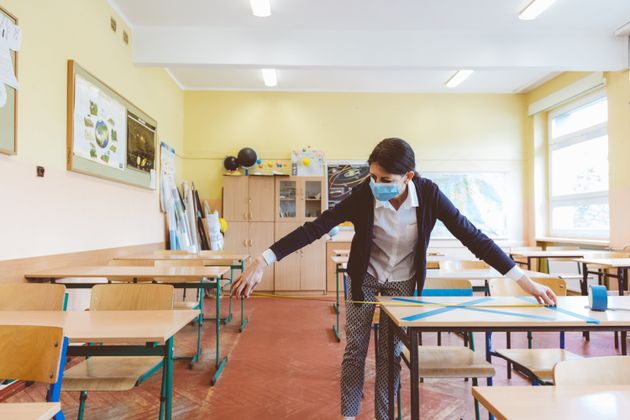 What we know about children spreading the virus

Previous studies have shown 1-5% of diagnosed Covid-19 cases occur in children. However, cases among kids are thought to be largely asymptomatic, meaning they don’t show symptoms. This is a drawback of the above study.

The data of cases in England is “heavily skewed”, says Professor Jonathan Ball, an expert in molecular virology at the University of Nottingham, by the fact that the only children tested were those presenting at a GP clinic with well-defined respiratory illness and fever – a.k.a symptomatic kids.

“We know from other studies that children, particularly young children, show minimal symptoms of SARS2 infection and often have no symptoms at all,” he says. “Therefore, the fact that children weren’t often amongst confirmed cases of Covid-19 isn’t so surprising.”

A claim is made in the study that the findings “provide further evidence against the role of children in infection and transmission of SARS-CoV-2”. But Prof Ball argues it doesn’t. “To imply children aren’t an important source of the infection isn’t really fully supported by the evidence here – the study doesn’t look at the infectiousness of children,” he says. For example, we don’t know whether asymptomatic kids were going home to their families and passing the virus around, or passing it among their peers, who were also then asymptomatic. 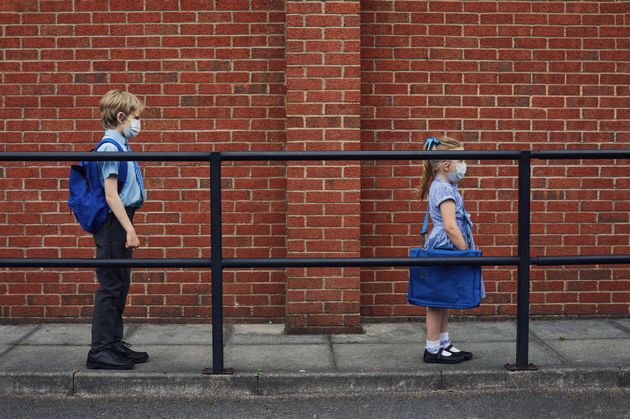 Professor Paul Hunter, an expert in medicine at the University of East Anglia, agrees: “While it’s generally accepted children, even when infected, are unlikely to become ill with Covid-19 and very unlikely to die, this is not evidence against the role of children in the transmission of SARS-CoV-2. I don’t think the authors of this study can use their data to draw such an apparently firm conclusion.”

Another study also suggests children with Covid-19 might be “silent spreaders” and play a larger role in the spread of the virus than previously thought. The study by Massachusetts General Hospital and Mass General Hospital for Children found kids of all ages infected with the virus had a significantly higher level of it in their airways than adults with Covid-19 in intensive care units.

“I was surprised by the high levels of virus we found in children of all ages, especially in the first two days of infection,” says Lael Yonker, a doctor and lead author of the study. “I was not expecting the viral load to be so high. You think of a hospital, and of all of the precautions taken to treat severely ill adults, but the viral loads of these hospitalised patients are significantly lower than a ‘healthy child’ who is walking around with a high SARS-CoV-2 viral load.”

So, should parents be worried? Here, we break down what we know about Covid-19 in kids of different age groups.

Children tend to go to nursery between the ages of one and five years old. The PHE study of Covid-19 cases among kids in England showed cases were highest in those aged one and under. There weren’t as many cases in two, three and four-year-olds in comparison.

There are concerns such young children might be unknowingly spreading the virus. A separate study from a Chicago children’s hospital found children under five with “mild to moderate” Covid-19 have a higher viral load compared to older children and adults, “which may suggest greater transmission,” said lead author Taylor Heald-Sargent, a paediatric infectious diseases specialist.

“This has important public health implications, especially during discussions on the safety of reopening schools and daycare.” 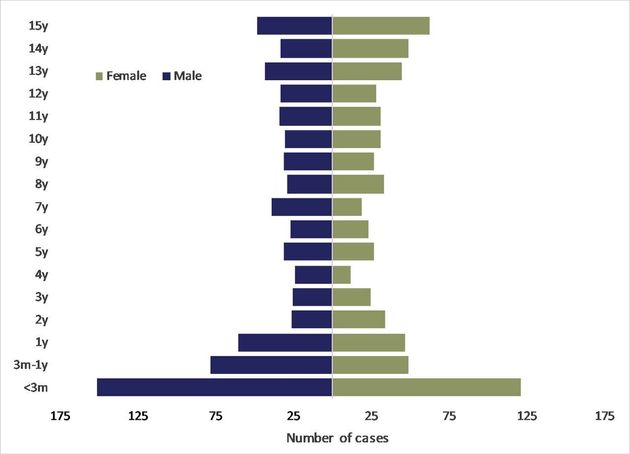 The findings, published in the journal JAMA Paediatrics, point to the possibility that younger children transmit the virus as much as other age groups.

Younger children’s ability to spread Covid-19 may have been under-recognised, researchers say. While the study doesn’t prove they spread Covid-19 as much as adults, “it is a possibility,” said Dr Heald-Sargent.

There have been some outbreaks of the virus in nursery schools in the UK, however staff appear to have been more impacted than children, which might suggest young kids have some form of protective effect.

In young children attending primary school (aged four to eleven), evidence so far points to a reduced risk of becoming sick with the virus and spreading it.

A large study from South Korea suggests kids under 10 years old spread the virus to others far less often than adults do. So, while they might be tested positive, they’re unlikely to transmit it to others. Another from Singapore concluded the risk of Covid-19 transmission among children in schools, especially pre-schools, is likely to be low.

A study from a small town in France also points to a lower risk in primary school age children, compared to secondary school pupils. Epidemiologist Arnaud Fontanet led an investigation after schools in Crépy-en-Valois became the centre of an outbreak earlier in the year.

“These results showed us teenagers are just as contagious as adults. But in the younger age groups, it’s a different story. They do not seem to transmit it to the same extent,” Fontanet said. 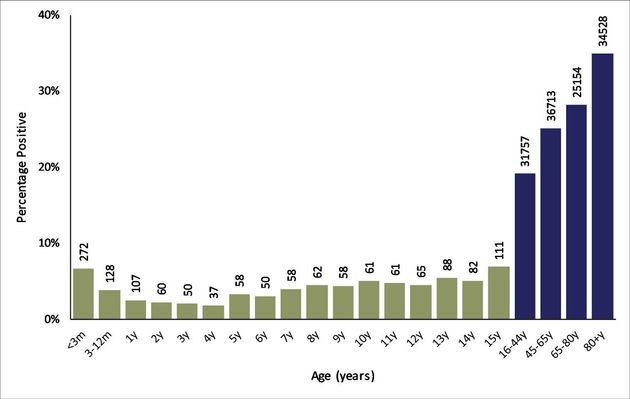 As Russell Viner, Sage member and president of the Royal College of Paediatrics and Child Health, told The Times: “It’s increasingly clear that older children, teenagers probably, transmit as much as adults.”

Viner’s comments came after education secretary Gavin Williams revealed a study is being conducted on thousands of pupils who returned to schools in June. The findings will help determine whether it’s safe to send kids back – but they’re unlikely to be published before schools reopen, according to The Times.

Secondary school pupils appear to be “more likely to get infected, have silent infection, transmit infection and get sicker,” a source close to the yet-to-be published study told The Times.

Lead author of the PHE study on Covid-19 among children in England, Dr Shamez Ladhani, a paediatric infectious diseases specialist, says it’s not clear why young children have a low risk of infection compared to older children.

So, should schools reopen?

Independent Sage, an alternative scientific advisory group, has warned that if local cases are already high, schools reopening will act as a “super spreading event”. It recommends prioritising reopening schools over pubs and casinos, ensuring that outbreaks in schools and communities are identified quickly and acted upon rapidly, and says schools need to be provided with detailed guidance so they know how best to minimise the spread of the virus. It also makes sense for students to wear masks, the group said in a Twitter thread.

Professor Adilia Warris, paediatric infectious diseases specialist at University of Exeter says the results of the main PHE study underscore that going back to school carries a “very low risk” for children. “While an increase in SARS-CoV2 infections might be seen, the current data provides strong arguments that those infections will in the vast majority of cases not lead to severe disease in pre-school and school-aged children.”

Dr Sanjay Patel, a consultant in paediatric infectious diseases and immunology at Southampton Children’s Hospital, says as the study wasn’t set up to investigate the rate of transmission between children, “we need to ensure robust infection control measures remain in place in schools – especially secondary schools – and that vigilance is maintained (through test and tracing) once they reopen.” 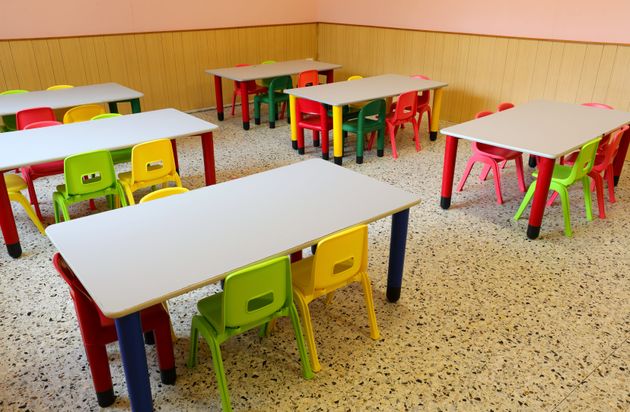 Patel agrees reopening schools in September should represent an “extremely low risk to any individual child”. But it’s important to recognise that, despite these low numbers, “children may play a role in the transmission process,” he adds. So parents and teachers with underlying health conditions may need to take precautions in order to minimise their own risk over the coming months.

While children have been largely spared from the clinical effects of Covid-19, the Royal College of Paediatrics and Child Health (RCPCH) points out that almost every child in the country has experienced “collateral damage”. Millions have faced an unprecedented interruption in their education, and the burden of this has weighed most heavily on disadvantaged families, said RCPCH. The mental implications of keeping kids from schools should not be overlooked.

There is a health risk to sending children back to school – but so far, the evidence suggests this risk is low, as children are less likely to become ill with the virus. Whether they are ‘super spreaders’ is still largely unanswered, as they could be passing the virus between themselves but remaining asymptomatic (showing no symptoms) – and tests wouldn’t pick this up.

The study published later this year on how school re-openings impacted Covid-19 cases will hopefully shed some light on the subject. Until then, it’s clear that schools and teachers need to be given as much support and guidance as possible to help them run safely in the months to come.

Rugby and Daventry Radio Station Midlands UK > News > National And International News > Huffpost > The Reopening Debate: Is It Safe To Send Kids Back To School?