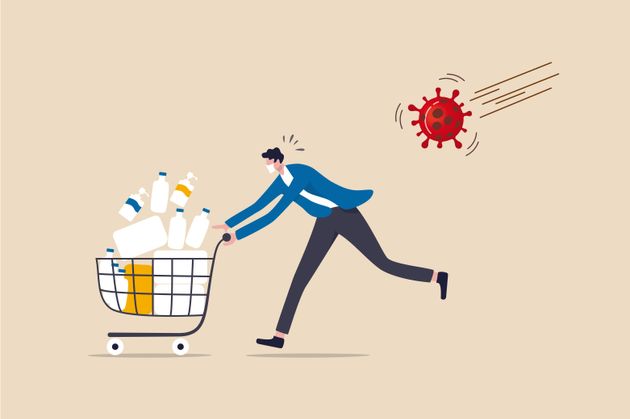 When it comes to spreading Covid, not all activities are created equal. That’s according to a fascinating infographic that’s been shared on social media, charting the riskiest activities that encourage the virus to spread.

Club-goers will be sad to see the heat map suggests nightclubs are the ultimate high-risk activity, followed by seeing a concert or play, attending an indoor party, visiting an indoor bar, attending a sports stadium, and going to church.

Also considered high risk – but less so than the above activities – is attending a wedding or funeral, hugging or shaking hands, stopping wearing a face mask, going out with someone you don’t know well, visiting an amusement park and eating at a buffet.

The graphic, produced by Information Is Beautiful, the brainchild of London-based designer and writer David McCandless, sourced the information from 500 epidemiologists and experts quoted in the media.

Medium-risk activities, as suggested by the graph, include: staying at a hotel, hosting a small indoor dinner party, using a public pool, visiting a shopping centre, getting a haircut, going on a plane, and sending kids to school or nursery.

Low-risk activities, however, include eating a takeaway, exercising outdoors, playing tennis, playing golf, having a friend use your bathroom, going to a petrol station, older kid playdates and camping.

Other relatively low-risk activities, according to the heat map, include: going to the beach, food shopping, outdoor dinning, visiting a library or museum, going away for one night (if driving), visiting your doctor, going on holiday with another family and walking in a busy town centre (outdoors).

The chart caveats there are factors to consider in addition to the activities. These include: how many people there are, how close the contact is between these people, how long they are exposed to each other, whether they’re indoors or outside, the surfaces (is there lots to touch?), how many cases there are in the local area and how likely they are to comply to Covid rules in that area.

While the heat map is certainly intriguing to look at, Dr Simon Clarke, associate professor of cellular microbiology at the University of Reading, reiterates there are many factors that may determine where activities lie on the risk spectrum. “The positioning of different activities [on this map] is quite absolute,” he says.

So, it’s important to remember the factors that might make an activity more, or less, risky. An empty flight is lower risk than a full one, for example, so this could change where it sits on the chart.

Quentin Leclerc, a PhD researcher in mathematical modelling of infectious disease, previously told HuffPost UK being indoors, having people in close proximity, poor ventilation and environments that are relatively cold, seem to facilitate greater transmission of the virus. This can help explain why visiting a nightclub, for example, could be more problematic than camping – you have lots of people crowded into a poorly ventilated space, as opposed to fewer people spread out in their own tents in an outdoor (and well-ventilated) space.

It might also be helpful to remember the three Cs, which are popular in Japan: avoiding closed spaces with poor ventilation, crowded places with lots of people nearby, and close contact settings such as close-range conversations.

An analysis by London School of Hygiene and Tropical Medicine (LSHTM) found care homes, bars, religious settings and workplaces were associated with more clusters of cases. There have also been some incidences at weddings, sporting events and conferences where large numbers of people became ill.

When My Dad Died Of Covid, I Wrote An Obituary Blaming Trump. I’m Just Getting Started