The Government Is Demonising Migrants To Distract You From Its Failings

The Government Is Demonising Migrants To Distract You From Its Failings 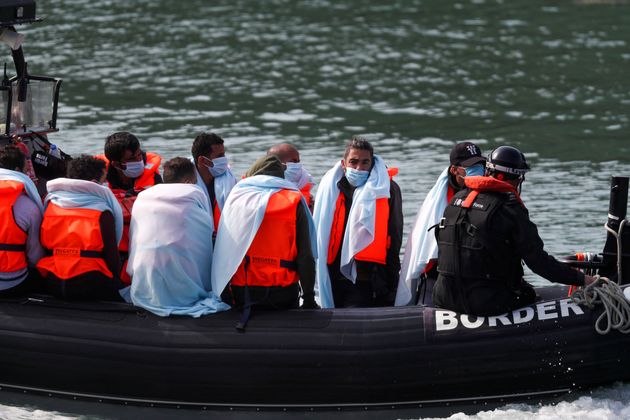 It’s no coincidence that in the week the UK dipped into the worst recession the country has ever seen, the government chose to redirect public attention to a small number of people crossing the British channel.

Public mood suggests that the country wants answers to difficult questions, to understand the high death toll from coronavirus and the depth of the economic fallout.

So, it’s no real surprise that the government is looking to find someone to blame.

This is not a new tactic from the government. In a disturbingly regular cycle, when the news cycle is quiet, and the summer months are warm, the government turns its eye to the Channel.

Successive Home Secretaries have chosen this strategy, vilifying people who want nothing more than to live otherwise ordinary lives in safety, but whose only path is the dangerous journey across the Channel.

When the public hears the stories of people granted refuge in the UK, they are sympathetic, understanding that fleeing war, persecution and hardship is a matter of life and death, and that being with the people you love is of utmost importance.

Many of us have felt a fraction of this during the pandemic and can wholly relate – how many of us have desperately wished we could be with the people we love during lockdown? But what the government does not tell us is that the only difference between refugees in the UK and those in Calais, is 15 miles.

The reality is these perilous journeys are a problem of the government’s making, one that has gotten progressively worse decade after decade.

Where we can agree with the government is that these journeys need to end – no one wants these journeys to occur, least of all those forced to risk their lives on overcrowded dinghies and those providing services, support and legal advice. But the reality is that these perilous journeys are a problem of the government’s making, one that has gotten progressively worse decade after decade, and could be resolved with simple action.

The government’s current proposals to “secure” the borders will do nothing to end dangerous crossings or curtail trafficking. We’ve heard all of this before – that it’s France’s responsibility, that the route should be made “unviable” and that that the Navy should “push people back” in breach of international refugee and maritime law.

When the government abruptly closed camps in Calais in 2016, organisations on the ground warned that these strategies would push people away from oversight, and directly into the hands of traffickers. Similarly, a report from the Foreign Affairs Select Committee in 2019 highlighted that “policy that focuses exclusively on closing borders will drive migrants to take more dangerous routes, and push them into the hands of criminal groups” – Priti Patel sat on this very committee.

The region of Calais acts as a black hole, where a small but steady population of homeless and destitute people are trapped, vulnerable to people traffickers and smugglers, exposed to violence from the French authorities, denied support service and legal advice.

Many have family or loved ones in the UK and are desperate to reach them but in most cases, it is physically impossible to apply for asylum unless you are on British soil.

The only existing routes to apply from outside the UK include the Global Resettlement Scheme, which is limited to Syrian refugees and has currently been suspended – no one has been resettled since March, and the Family Reunion Reunification route, which is extremely limited in its definition of “family”. Earlier this year, the government closed the Dubs route so that even unaccompanied children in the EU cannot reach the UK safely.

The only way to ensure that these journeys are ended is to introduce accessible and legal ways for people to apply for asylum or entry from abroad, so that they can travel here safely and don’t have to rely on people traffickers.

This could include expanding or recommitting to existing routes, introducing a claims processing centre in France or establishing Humanitarian Visas. Safe and legal routes would be a far more simple and pragmatic solution than building higher walls, putting a blindfold over our eyes and our hands over our hearts.

In the coming months, we can expect to see the government increase their dangerous rhetoric about those crossing, as a means to scapegoat migrants for their catastrophic failings.

It will be migrants who are to blame for the lack of jobs, a drop in house prices, the decimation of the high street and long queues at the Jobcentre – when this couldn’t be further from the truth.

At this precise moment, it is vital that we call for safe and legal routes of entry to the UK, ensuring that no one dies trying to reach what should be home. But it is equally important that we stand fast against dangerous rhetoric – the same rhetoric that placed responsibility for the last financial crisis on to migrants. A compassionate and practical approach must be championed by everyone who wants to end dangerous crossings once and for all.

Minnie Rahman is public affairs and campaigns manager for the Joint Council for the Welfare of Immigrants.

CeeLo Apologises To Cardi B, Megan Thee Stallion, And Nicki Minaj For Remarks