The Gender Pay Gap Is About To Get A Lot Worse

The Gender Pay Gap Is About To Get A Lot Worse 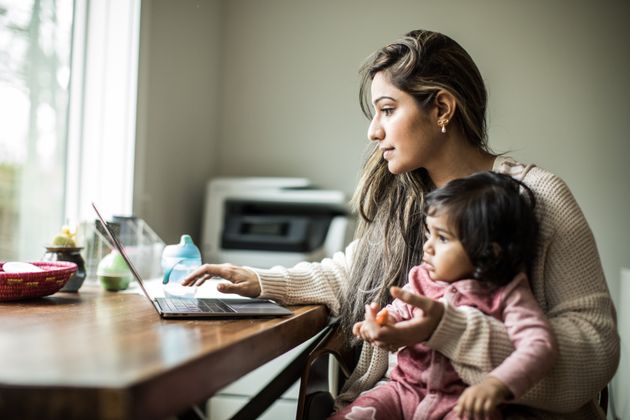 This year, companies with more than 250 employees will not have to include furloughed employees in their gender pay gap calculations.

And given 57% of such companies made use of furlough, the accuracy of whatever gender gap we are presented with will mean, in my view, diddly squat.

What’s the big deal? You might say. After all, furloughed employees will be included in the headcount of the company, and the bonus gap. It will just be the mean and median pay gap calculations that are affected.

But this still means wiping around 3.2 million furloughed men and women off the gender pay gap record. That number is more than a third of the total number of people on furlough in late March and early April.

And because the lag between companies calculating their data and publishing it takes one year, we may not know the true picture until April 2022 or beyond.

When it comes to whether more women or men were furloughed, the data is patchy. According to HMRC, by the end of July, 34% of men and 29% of women who were eligible for furlough took it.

The gender breakdown doesn’t get much more specific than that. This is unfortunate, because 31 March is when the public sector calculates its gender gap figures, and it’s 5 April for the private sector.

What does seem clearer is the furlough split between mothers and fathers. The Resolution Foundation found in May that mothers were 14% more likely to be on furlough than fathers.

Mothers are more likely to quit their jobs, be made redundant or do fewer hours than men during the virus. In other words, more mothers are being pushed out of the workforce.

In the meantime, the gender pay gap may be widening, not narrowing. Figures from Business In The Community found that, from the 5,000 or so companies that did submit this year – even though Liz Truss scrapped their obligation to do so one month before the deadline, the gap had widened to 12.8%, from 11.9% a year earlier.

It may seem churlish to quibble about whether the gender pay gap has worsened but coronavirus has shown how important rigorous, segregated and consistent data collection is.

It may seem churlish to quibble about whether the gender pay gap has gone up or down by 0.9% in 12 months when so many lives have been lost and so many more are at risk because the data and systems behind our test and trace, for example, have been so badly executed.

But coronavirus has shown how important rigorous, segregated and consistent data collection is.

Back in April the Women’s Equality Party called for the government to publish sex-disaggregated data during Covid to better understand trends. The fact that I can’t tell you how many women versus men were on furlough until the end of July is telling.

No doubt some companies are rubbing their hands in glee about this chaos. There are already numerous loopholes, for example, claiming that, even if your parent company is a massive multinational, if your subsidiary has fewer than 250 staff you don’t have to report.

Companies can file misleading or even inaccurate data, and even though the Equalities and Human Rights Commission (EHRC) proudly claimed there was eventually 100% compliance in 2018/19, that doesn’t mean what companies submitted was 100% correct.

Criticism of our pay gap requirements is gathering steam. Women’s groups such as Fawcett Society and the Global Institute for Women’s Leadership at King’s College London have, just this week, criticised the “light touch” of our reporting laws compared to Sweden, Australia, Iceland, Spain and other countries.

And why not? As it stands, the reporting burden on HR departments is not that onerous. You report, via an online portal, how many people you employ, and the mean and medium hourly pay data, separated for men and women, and the same for bonuses. You don’t have to break it down any further. Most companies do it on an Excel spreadsheet.

So, yes, we should be reporting how many people were furloughed at each company, their gender, what percentage of pay they received, and if they were hired back, and after how long. Why is that so complicated to mandate? The EHRC budget may have been slashed massively since 2010 but they still get around £18m of taxpayer funding a year.

Of course, even when the gender pay gap reporting is back on track and hits zero – a distant dream usually only found in dystopian novels – we will still not have the full picture.

A zero % pay gap ignores the fact that women do 60% more unpaid work than men. A zero % pay gap disregards the huge swathes of women who make up the majority of low-paid and insecure work such as zero-hours contracts.

It is enshrined in our law that every woman should have equal pay for equal work. Virus or no virus, equal pay should not only apply to those at the biggest employers who were lucky enough to continue to work in March and April.

Rachael Revesz is a freelance journalist.

Revealed: Furloughed Workers Will Not Be Included In 2020’s Gender Pay Gap Report