What Josh O’Connor and Emma Corrin probably didn’t expect when they wrapped up filming on The Crown earlier this year, was that six months later they’d be promoting the show separate from one another, via video-link.

The pair are currently gearing up for the release of the fourth series of the hit Netflix drama. It will see Josh reprising his role as Prince Charles alongside Emma, who is joining the show as Lady Diana Spencer – the young woman who would soon become known to the world as Princess Diana.

“It’s great!” Josh jokes, when asked how he and Emma are finding promoting the show together, despite not being able to be in the same room.

“No, I’m joking, it’s not. It’s really weird not being next to Emma. Although we’re probably being better behaved, to be honest.”

“Josh, maybe everybody else is together and we’ve just been separated,” Emma suggests, to which he offers: “Maybe the whole of Covid was made up so that we’d be doing press separately, so that we’d behave.”

It’s good to see, if nothing else, that the two are getting along a lot better than their characters on screen… 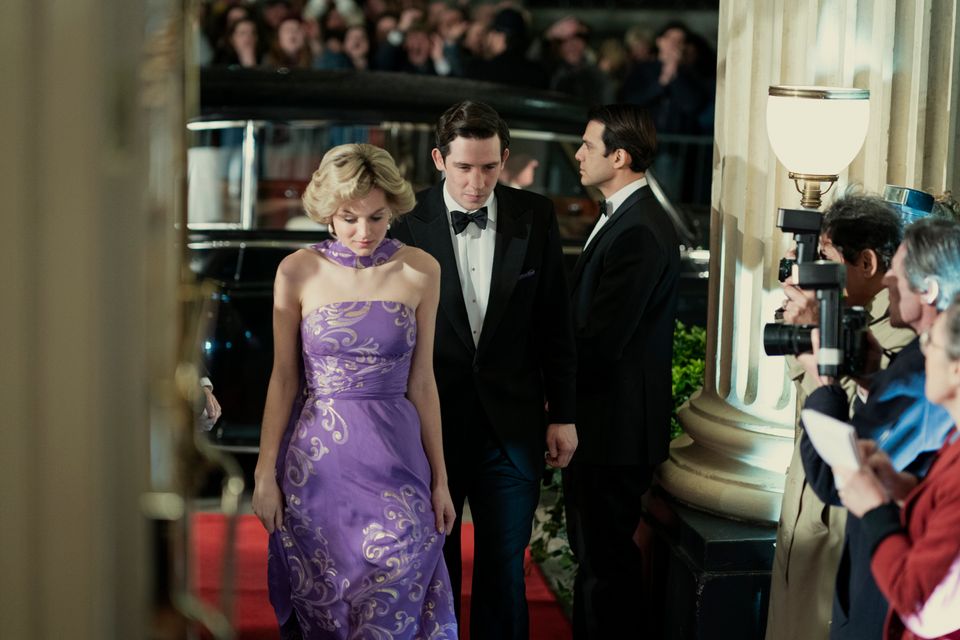 But while Diana is an iconic figure who absolutely everybody has an opinion on, Emma – who, at 24 years old, hadn’t yet celebrated her second birthday when the late princess died – admits that her own feelings about the late princess were mostly influenced by her family.

“I had an awareness of her,” she explains. “She was kind of just always there. I can’t remember ever first learning about her, but my family are very fond of her.

“Some people are quite divided by her, but my family – and my mum particularly – is just so fond of her, and has a real empathy with her. So Diana has always kind of been a martyred figure to me.

“I feel like I got to know her better [through doing The Crown], like I’ve uncovered a lot of things, and I feel I understand her experience. But also, part of my whole process of becoming the character is actually letting go of trying to understand her, because A, that is never possible, B, The Crown is fiction, and this is like my interpretation of her. 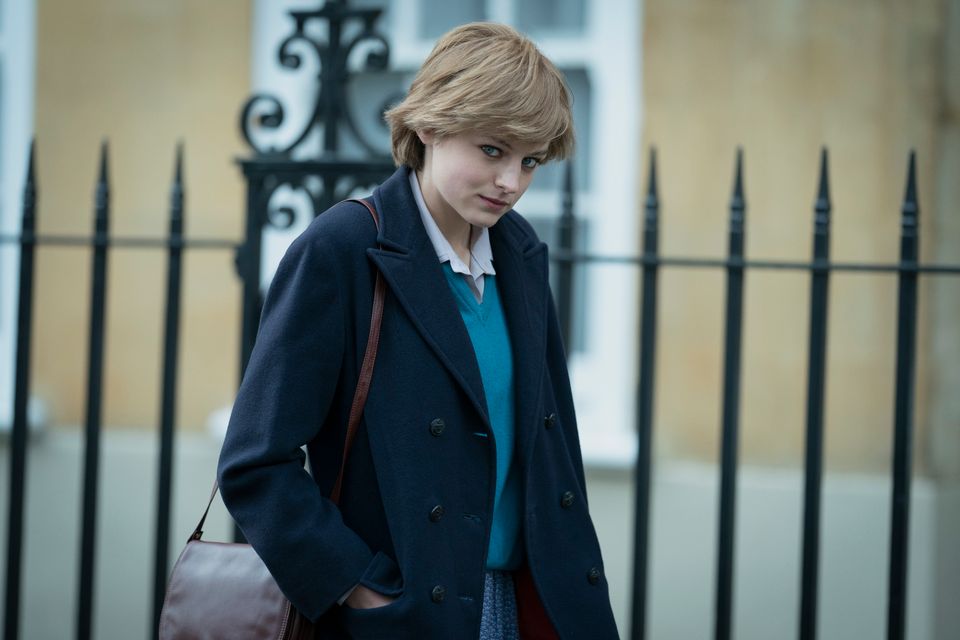 Emma says that for her, like many people, it’s Diana’s “sense of fun” that stood out when researching for the role.

“That’s something I’d always known was there, because I think that’s why so many people are so drawn to her, and why they felt like she was such an un-royal person, I suppose,” Emma says. 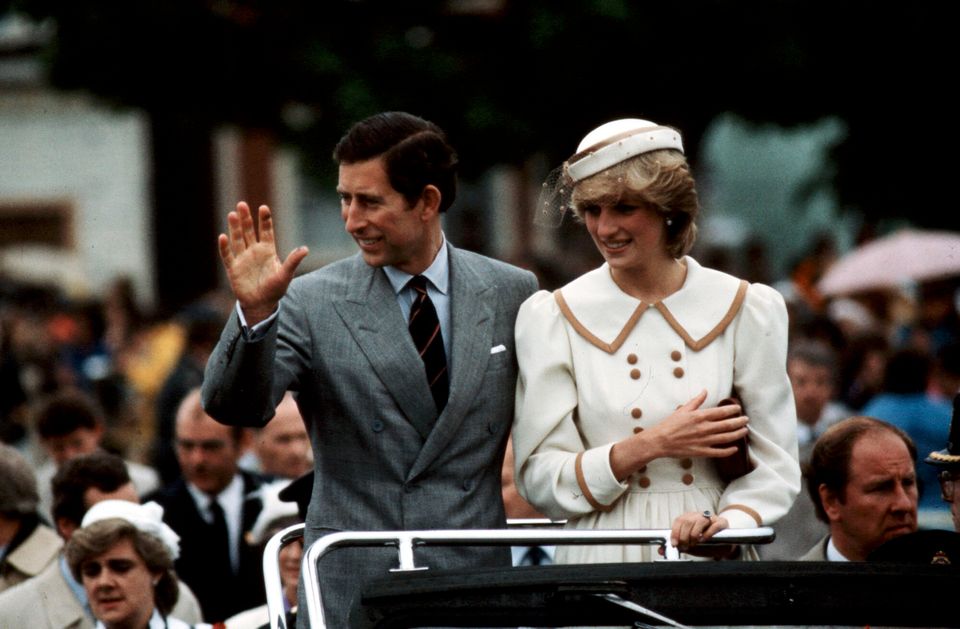 The new series will also dive into many of Diana’s personal troubles, including her eating disorder and other struggles with her mental health.

Emma – who is joining the cast alongside Sex Education’s Gillian Anderson, joining as prime minister Margaret Thatcher – notes that while she felt a pressure to make sure these moments were portrayed with sensitivity and accuracy, she also thinks they’re important aspects of Diana’s story that shouldn’t be glossed over.

“It’s something that I was really concerned about, getting it right, from the off,” Emma recalls. “I was working with Polly Bennett, an incredible movement and character coach, and we were reading the scripts and we noticed that they put the bulimia scenes in, but they kind of alluded to it.

“During my research [I learned that] Diana spoke very candidly about her struggles with mental health and that kind of thing, and so I felt that I really wanted to show it. I didn’t want to just suggest that she was going through and experiencing these things.

“I wanted to do it justice, because I think it’s important these things, especially these days, are represented on screen.” 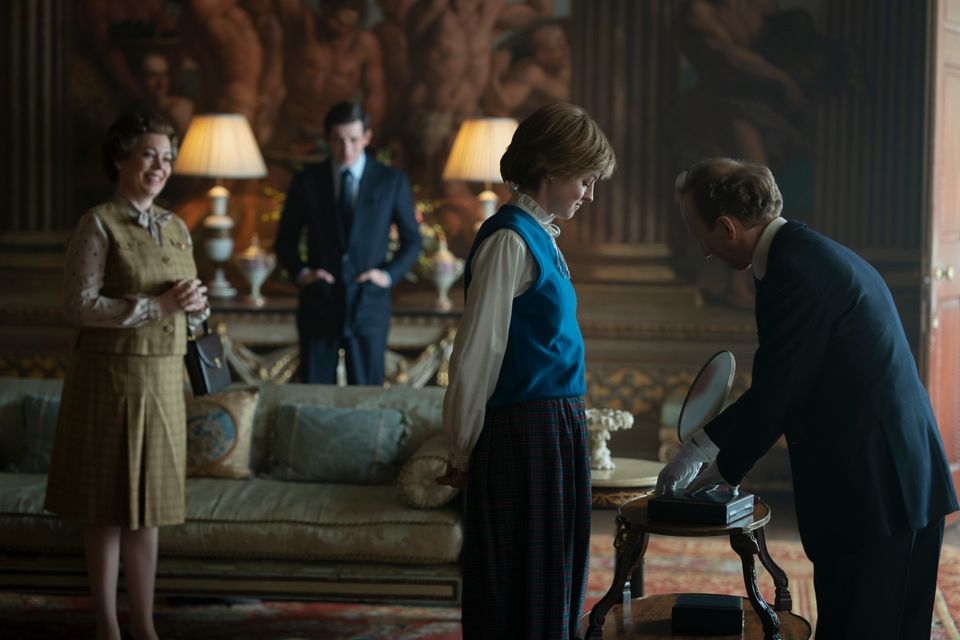 To make sure things were done right, Emma did a lot of research, which included reading up on eating disorders and speaking to people in forums who’d been affected by bulimia.

However, she admits that she still wasn’t prepared for how tough filming the scenes in question would be.

“I kind of underestimated how hard it would be,” Emma recalls. “I was like, ‘it’ll just be like crying on screen, you just get into the zone’… but it was not fun. But I felt like it was important, and so I kind of just did it.”

Charles and Diana’s rocky relationship will be one of the key storylines in the upcoming series of The Crown, and both Josh and Emma were keen to make sure the story was told with as much balance as possible.

“It is interesting, isn’t it? Maybe it kind of tips to one side a little bit, the story, about the Diana and Charles marriage,” Josh muses.

“But I think ultimately – and we talked a lot about this when we prepped for it – no one ever knows about the failing of any marriage. There are always two sides to the story.” 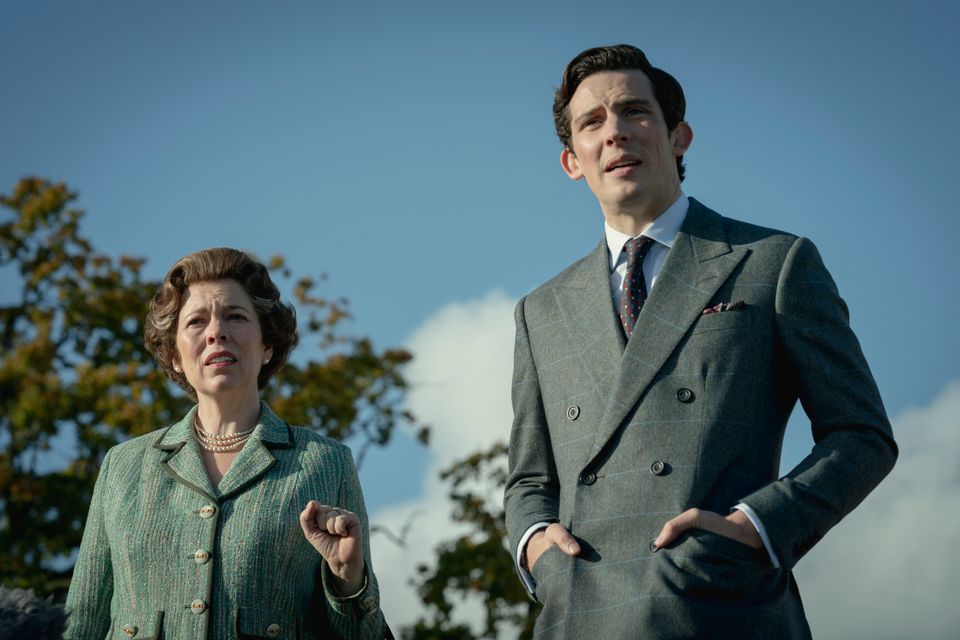 He continues: “I was fortunate enough to have a bit of time on season three to kind of lay out the ‘sympathetic Charles’, and to hopefully have people on my side for a little bit – get them on side, trick them into it! – and then pull the rug from under them a little bit. And that was an exciting thing for me.

“But as we’ve talked about before, he loves Diana. And he does love her at various different stages, in varying levels of love and in different ways. And the failure of the marriage, I think, is as heartbreaking for him as it is for Diana. It’s tragic for everyone involved.

“And Emma and I have often talked about how in reality, there are two young boys – well, not so young anymore – who came out of that marriage, who, I would say, seem to be pretty good eggs. And so I think that there must have been so much love there, as a family.

“But I think it was important to me that we represented that in a kind of authentic way.”

The fourth series of The Crown debuts on Netflix on Sunday 15 November.