The 7 Myths About Adoption You Shouldn’t Believe

The 7 Myths About Adoption You Shouldn’t Believe

There are almost 3,000 children in England in need of an adoptive family, but misconceptions around adoption are stopping many of them finding loving homes.

A new national campaign – #YouCanAdopt – aims to bust some of the most prevalent myths surrounding adoption, to widen the pool of people currently considering it.

The campaign creators want to boost overall numbers of people enquiring about adoption, but particularly want to appeal to perspective parents from Black, Asian and minority ethnic families, as children in these groups traditionally take longer to place.

The initiative is by a coalition of national, regional and voluntary adoption agencies across the country, supported by the Department for Education. Research from the group has found four in 10 people don’t know if they’re eligible to adopt and less than a third (29%) think they wouldn’t be able to.

The stats are particularly troubling considering the number of adoptions in England has fallen by a third in four years.

Think adoption isn’t for you? Here’s the truth about seven myths you need to read, first.

Myth 1: You have to be a homeowner

False. You can adopt if you live in rented accommodation. You do have to show that you have a “permanent home” though, which means you’ll need to demonstrate a “reasonable tenancy” agreement on the property and show that you have access to another property (be that with friends or family), in the event of the tenancy unexpectedly ending.

Myth 2: You have to have a high salary

False. The #YouCanAdopt site states that perspective parents need to demonstrate a “stable lifestyle”, but you don’t have to earn megabucks.

You’re allowed to adopt if you have debts and it’s also possible to adopt if you receive unemployment benefits or other benefits. In some circumstances, financial support may be available from the agency placing the child.

False. A survey by the coalition group uncovered that 46% of people were unsure if a single person can adopt – and 17% incorrectly said single people definitely can’t adopt. However, this is not true, so being a solo perspective parent shouldn’t put you off. 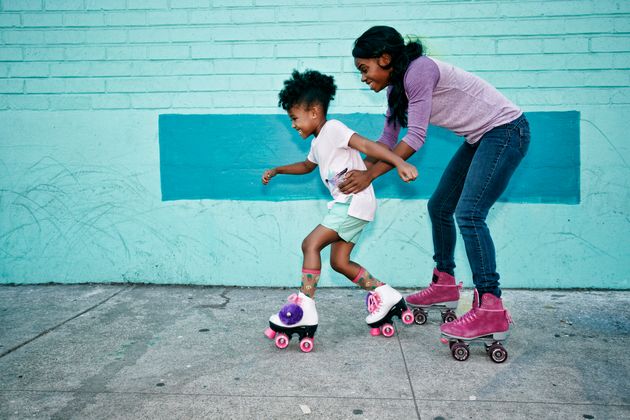 False. Surprisingly, more than a quarter (26%) of people surveyed said they weren’t sure if LGBTQ+ people were eligible to adopt. Thankfully though, sexuality doesn’t matter – almost 500 children were adopted by same sex couples last year.

Myth 6: You can’t adopt with a medical condition or disability

False. People with medical conditions and disabilities regularly adopt. The campaign’s site explains that you’ll simply need to discuss what support is in place to enable you to care for a child.

“The focus will be on considering how you can consistently meet the needs of a child throughout their childhood,” the site says.

Myth 7: Coronavirus will put your plans on hold

False. Adoption can often be a lengthy process, so if you want to do it, don’t let the pandemic slow you down. You can find an agency and begin the process using this online map.

When My Dad Died Of Covid, I Wrote An Obituary Blaming Trump. I’m Just Getting Started