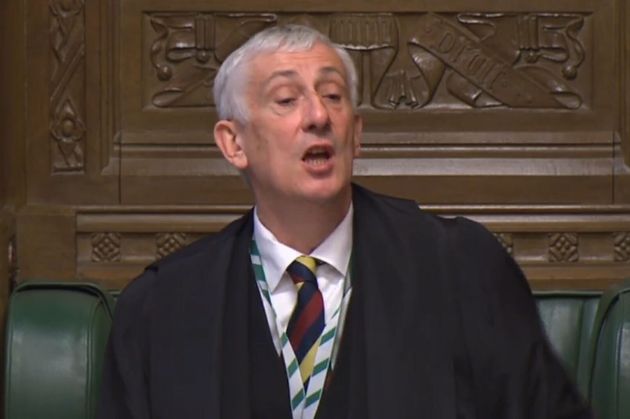 Commons Speaker Lindsay Hoyle has said he wants MPs to be tested every day to allow packed scenes in the Commons to return.

There are currently strict rules in force in parliament to prevent the spread of Covid-19, with the number of people allowed in both chambers limited to allow for social distancing of two metres, leading some senior politicians to claim the Commons is missing its usual spark.

Hoyle said he and Commons leader Jacob Rees-Mogg had ruled out the use of masks, which would allow gaps between MPs to be lowered to one metre, but that he had lobbied for daily testing for elected representatives in a bid to pave the way for more participation in debates.

In an interview on Times Radio on Sunday, Hoyle said: “To be quite honest with you, I’d like to do it daily, not weekly. The problem is weekly testing doesn’t tell you anything.

“I’ll be quite honest with you, I’ve made approaches to the NHS and Government to say, look, why can’t we have a testing system?

“What we would need is a quick turnaround of tests in order that we can get MPs in.

“We’re looking at it. I personally would have had the heat screening equipment in to test temperatures.”

The comments came after Downing Street insisted Boris Johnson obeys social distancing rules despite his attendance at a reportedly packed meeting of Tory MPs in parliament.

Multiple reports suggest at least 50 MPs were at the meeting of the 1922 committee of backbench Tories that the prime minister addressed on Wednesday night, despite a sign on the door stating 29 as the room’s maximum capacity.

Around 40 minutes after the meeting ended, the PM’s office sent a tweet warning that gatherings of more than 30 people are currently illegal due to coronavirus restrictions.

Hoyle said Rees-Mogg had concurred that asking MPs to wear a mask while on the green benches “really wouldn’t work” as it would make recognition more difficult and be an obstacle to making speeches.

The former Labour MP, when asked about Johnson’s desire to see parliament return to its pre-Covid ways by the end of the year, said he wanted to see it happen but vowed not to “compromise health and safety”.

“We are a Covid-secure workplace – if we were to lose that status, the game is over,” he told the radio station.

“It’s about working in an efficient way. If people don’t need to be here, why would we have them here.”