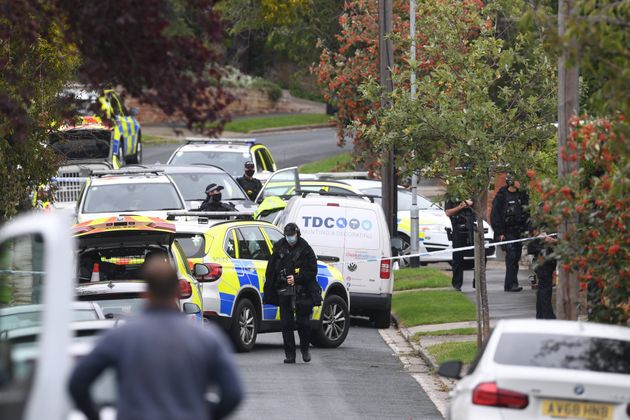 A teenage boy has been arrested following a shooting in Kesgrave, Suffolk.

Police were called to reports of a shooting in Friends Walk, just after 8.40am on Monday.

The victim – a 15-year-old boy – sustained serious injuries and was airlifted to Addenbrooke’s Hospital where he is receiving urgent medical attention, Suffolk Police said.

Officers have arrested a teenage boy and he has been taken into police custody for questioning.

“We have now made an arrest as part of the investigation and are working with our partners in Suffolk and our schools to ensure that everyone feels safe when they are collecting their children from school this afternoon.

“There will be more police officers on patrol and to provide reassurance in the area and I would ask for anyone with information about this incident to come forward.”

Earlier on Monday, Kesgrave High School said it had been told by police “there had been a serious incident involving one of our Year 11 students, on their way to school”.

We have made aware by the police that there has been a serious incident involving one of our Year 11 students, on their way to school. Students in school are safe and we are managing the situation in constant, close communication with the police. 1/2

“Students in school are safe and we are managing the situation in constant, close communication with the police,” the school said in a tweet.

Police will be present around the school throughout the day, parents were told on social media, but students are expected to be dismissed at 3.20pm as normal.

Officers have completely closed off Friends Walk and Through Jollys following the incident, while Ropes Drive has also been partially closed.

The public have been urged to avoid the area.

While Trump Was Golfing, His Campaign Attacked Joe Biden For Visiting Cemetery