Written by Huffpost on September 2, 2020 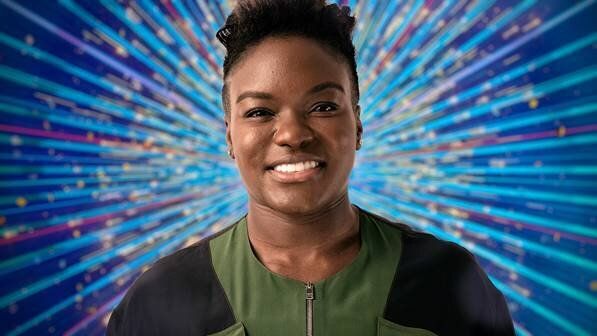 These three minutes of LGBTQ+ representation were immediately countered by 189 official complaints that it was “offensive to show two men dancing together”.

Twitter was alight with those who cried sacrilege against the tradition of men and women dancing together.

Dancing on Ice stirred similar controversy earlier this year when it was announced that pop star Ian Watkins was to be paired with professional Matt Evers for his stint on the show.

Broadcast regulator Ofcom received 16 complaints after their first performance – based, again, on the violation of tradition.

It is against this background that today the BBC announced Nicola Adams OBE as the sixth member of their 2020 cast – but most importantly, as the first contestant in the show’s 16-year history to dance with a professional of the same sex.

Strictly’s cross-generational appeal is why this representation is so important.

This is already being labelled as “absurd” with the BBC lambasted for “bias” and “pandering”. A number of comments ask why she can’t “just dance with a man even if she doesn’t fancy him” – seemingly missing the fact that dancing and sexuality are separate (Strictly curse aside, I don’t think it is a pre-requisite for dancers to “fancy” one another).

There are also those who declare that this “isn’t news”, missing the point entirely. Of course, we wish it wasn’t news, but – at least for now – it needs to be.

Growing up, it was near impossible to normalise how I felt inside. At school it was never mentioned except as an insult in the playground. There was nothing in books, on the radio, or on television that suggested there was any other way of existing than in the straight and narrow.

When I hit my teens, I began to see LGBTQ+ storylines on television – but they were unanimously tragic. I’d watch young gay characters become ostracised from society – stereotypes driving home how “other” I was.

We still have a long way to go, but the winds have begun to change. LGBTQ+ stories are becoming more visible, expanding to fill the breadth of their experience. The impact of this representation is huge but is also often silent.

Competing on The Great British Bake Off, my sexuality was never addressed on the show – but hundreds of people saw themselves in me. I regularly receive private messages from young people who don’t know how to express how they feel and just need to talk to somebody like them.

These people, some children, are going through some of the most momentous changes people can experience and often feel so alone. Many feel unable to discuss their feelings with their loved ones, regardless of how accepting they might be.

Television is more than a window into living rooms across the country – it is a door that opens minds and conversations. Many are complaining that Strictly is “a family show” and that this move sexualises the competition (the classic “we accept that you exist but don’t rub it in my face” line) – but its cross-generational appeal is why this representation is so important.

Families who can sense a young person’s distress may find an opening through the lens of the show to create safe spaces and initiate conversations. At the very least, young people will see people who are like them, and it will provide a light at the end of the tunnel.

Far from a box-ticking exercise in diversity, this casting choice will inspire and create genuine change – entertainment doubling as education. Even better, Nicola is a Black bisexual woman representing a community that is all too often fronted by white gay men, with the other letters forgotten.

Tackling this lack of diversity is a huge challenge, and this platform offers much-needed visibility.

It’s worth noting that Nicola herself was the one to suggest a same-sex partner to producers, who have honoured her request (so not “box-ticking”, then).

Nicola will likely be aware of the criticism she will face – and we must be vigilant against insidious homophobia (masked as concern over “traditional values”) and stand tall beside her.

With all of that said, recognising the importance and value of Nicola’s place in the competition, let’s not reduce her to her sexuality. Nicola is a brilliant, bold and brave role model to many – retiring from boxing at 36 with an undefeated record and two Olympic gold medals, having swept all competitions open to her.

Who knows if she’ll be a good dancer – her TikTok certainly suggests she might be – but we must allow her the chance to prove herself on a level playing field with the other contestants.

Nicola says it best: “It’s a big step for the show and nice to see that we are able to move on.”

Let’s recognise this historic stride forwards and go with it into a world where representation is so normal that it doesn’t need to be news.

Michael Chakraverty is a writer and former Great British Bake Off contestant.