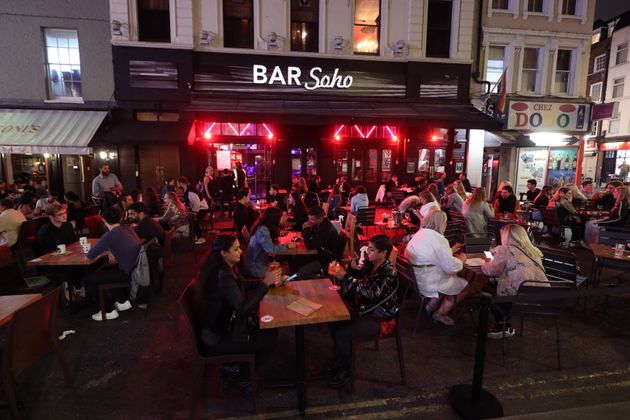 Stricter lockdown measures need to be put in place “as fast as possible”, a member of the government’s Scientific Advisory Group for Emergencies (Sage) has warned.

Professor John Edmunds said Boris Johnson’s decision to impose a 10pm curfew on bars and restaurants was likely to have a “trivial” impact on the spread of coronavirus.

“Overall I don’t think that the measures have gone anywhere near far enough,” he told BBC Radio 4′s Today programme.

The prime minister on Tuesday announced a raft of new measures he said would suppress the recent spike in infections, including a nationwide curfew for pubs and restaurants in England and harsher fines for people who refuse to wear a mask.

But Edmunds, the dean of the Faculty of Epidemiology and Population Health at the London School of Hygiene and Tropical Medicine, said he expected the UK to continue to see an increase of the epidemic.

“I think working from home if you can is certainly a good idea. I think that the measures in terms of closing bars an hour early and restaurants at 10pm – I mean, nobody goes to a restaurant after 10pm anyway,” he said.

“I think that’s fairly trivial in terms of it’ll have a small impact on the epidemic.

In Scotland, Nicola Sturgeon went further than Johnson and has banned people from visiting each other in their homes.

Asked if there was a realistic chance the R could be brought under 1 by Christmas, Edmunds said: “I suspect not. There’s a chance, of course there’s a chance.”

On Tuesday night Johnson warned the public they could face much tougher measures if new rules fail to get the infection rate under control.

In a televised address, the PM said the nation faces an “unquestionably difficult” winter and warned the latest restrictions could last for six months.

He said “we must reserve the right to go further” if the pace of transmission continues to rise.

Johnson said he was “deeply, spiritually reluctant” to infringe on people’s freedoms, but unless action was taken now there would be a need for harsher regulations later “when the deaths have already mounted”.

The new strategy for England will see office staff once again working from home, the wider use of face masks and a 10pm curfew on pubs and restaurants.

Businesses will face £10,000 fines or closure for failing to comply with regulations, and people risk £200 penalties for failing to wear masks or breaching the “rule of six”.

The military could be used to free up police officers to tackle coronavirus rulebreakers.