President Donald Trump last week denied that systemic racism was a problem in the United States. Yet as British screen icon Stephen Fry pointed out, Trump has been a huge beneficiary of it, both politically and financially.

In a new video for Pindex, Fry highlighted the “hidden tricks behind Trump’s wealth” that were skewed against people of colour and which he had taken advantage of even while exploiting racial tensions as president. 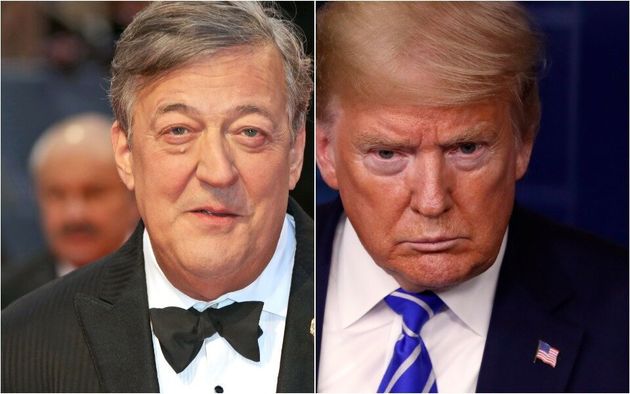 At one point, Fry noted, Trump posted fake stats “painting Blacks as the cause of nearly all white deaths” while his “favourite channel” ― Fox News ― pushed racist talking points on his behalf. Fry also shared a clip of Fox News host Tucker Carlson claiming systemic racism had “no real definition.”

“It’s defined as racism that is embedded as normal practice,” Fry said before sharing an example from Carlson’s own show. “Like a racist was embedded as Carlson’s scriptwriter.”

Fry, who was once voted the most intelligent person on British television, then cited a study that said the president’s divisive approach may have backfired.

“Most have woken up to the shocking extent of systemic racism and stand more firmly against it,” he said.

Goat Takes Over Police Car And Head-Butts Officer In Georgia