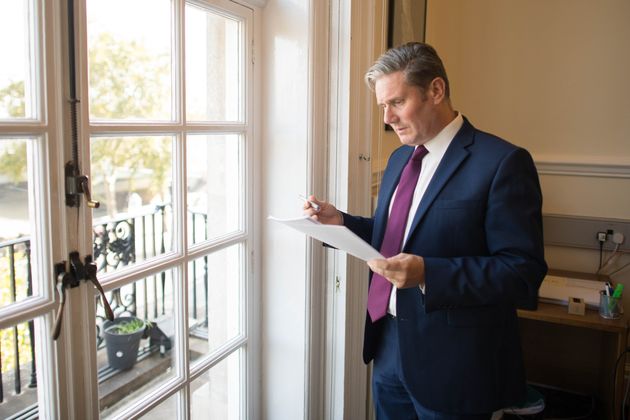 Keir Starmer will pledge to put patriotism and family policy at the heart of his “new leadership” as he pleads with former Labour voters to return to the party.

In his first big speech since taking over from Jeremy Corbyn, he will repeatedly contrast his own style and vision with that of his predecessor, stressing he will head “a credible opposition” that will “take the job seriously” to regain the electorate’s trust.

Wrapping up Labour’s online ‘Connect’ event that replaced its annual conference, Starmer will emphasise his record on protecting national security during his time as Director of Public Prosecutions.

Starmer will unveil a new plan for a national strategy to close the education gap between rich and poor pupils, as highlighted through the coronavirus pandemic, enforced through an independent body like the Children’s Commissioner.

The central message will be that Labour has changed under his leadership by offering a competent alternative to Boris Johnson’s Tories, particularly to all those voters in ‘Red Wall’ seats who abandoned the party and ensured its worst electoral defeat since 1935.

“I ask you: take another look at Labour. We’re under new leadership. We love this country as you do,” he will say as he makes the speech in Doncaster, south Yorkshire, where Labour lost a heartland seat to the Tories in December.

“Trust takes time. It starts with being a credible Opposition. With taking the job seriously. That’s what we will do.

“So, to those people in Doncaster and Deeside, in Glasgow and Grimsby, in Stoke and in Stevenage to those who have turned away from Labour, I say this: we hear you.

“A country that embodies the values I hold dear. Decency, fairness, opportunity, compassion and security. Security for our nation, our families and all of our communities.”

That vision will include “properly-funded public services” and a “world-class education which unleashes everyone’s potential”.

Starmer allies told HuffPost UK that the aim was to draw a line under the last decade of Labour under both Ed Miliband and Corbyn, shifting away from “niche” issues that obsessed party members but had no resonance with the mainstream British public.

Climate change will dominate the speech, with the Labour leader calling for “a greener, cleaner and fairer society”, in which policies are judged by what they do “for the planet tomorrow”.

He will also stress a rebalancing of the UK economy away from London and big cities, towards smaller towns like those which voted Brexit.

Starmer will call for “an economy that doesn’t force people to move hundreds of miles from family and friends just to find a decent job..one that truly works for all regions and nations of this United Kingdom, with opportunity and security in every part of the country and at every stage of our lives.”

On industrial policy and jobs, he will argue the way forward is “working hand-in-hand with businesses and trade unions” to create high-quality jobs.

Unite general secretary Len McCluskey, is among those to have warned Sir Keir that he could “steer the ship on to the rocks” if he tried to ignore the Labour left.

Coronavirus Curfew: Pubs And Restaurants In England To Shut At 10pm