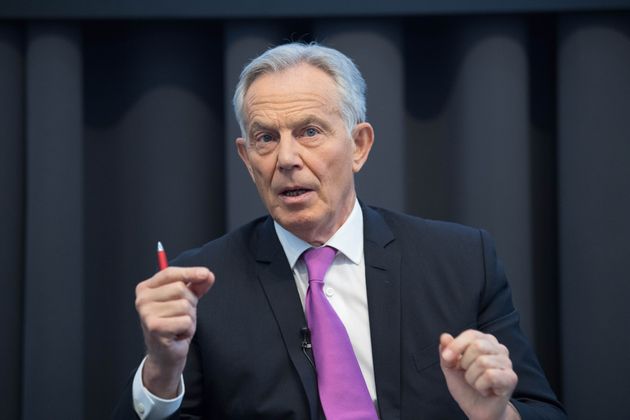 Tony Blair has described social media as “basically a plague on politics” and a place where “it’s easier to exchange abuse than argument”.

The former Labour prime minister spoke out about the “divisive” impact platforms such as Twitter were having on politics, saying it “widens and accentuates” cultural divides.

He said: “It’s divisive in its nature, because it’s all about impact and I think that’s quite a disconcerting impact on politicians.”

Blair added that conventional media had become “very divided” and said this was “why the central ground of politics struggles at the moment”.

His comments came as he was interviewed by Scottish Conservative Holyrood leader Ruth Davidson for her new LBC radio show, which airs at 9pm on Sunday.

Davidson, who has in the past spoken out about the homophobic abuse she receives, asked the former prime minister if social media meant it was harder to be a politician now than when he was in office.

Blair said: “Look, my view is that social media is basically a plague on politics.”

He added that politicians now have to deal with a “continual social media cycle” instead of the traditional news agenda, PA Media reports.

Blair said he believed there was a still a “big constituency” for centrist politicians amongst the public, but added that “amongst social and conventional media it’s much more restricted”.

His comments came as he told Davidson – who was at one point tipped as a possible successor to David Cameron when he was prime minister – that life in Number 10 was “lonely”.

He said that was the case “even though you’re surrounded by people because, in the end, the decisions stop with you”.

He said being prime minister was a “big responsibility”, adding that he never said he enjoyed the job.

“For me, I felt the responsibility is so large, I don’t think I’d ever use the word enjoy about it,” he said.

“I was immensely motivated, that’s a different thing though, isn’t it?”