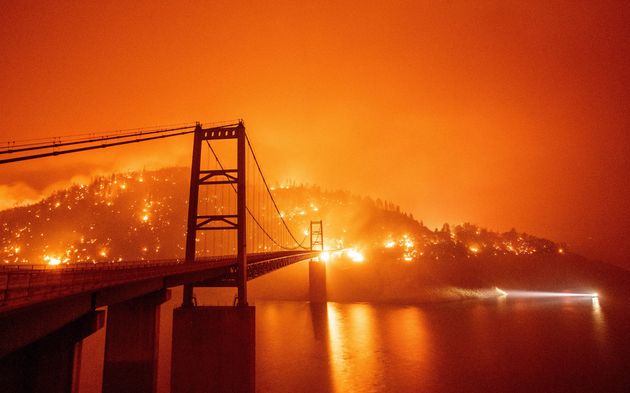 Wildfires across the US West left skies engulfed in an orange glow on Wednesday morning as officials declared an emergency for “unprecedented” blazes.

Strong winds and high temperatures fed nearly 100 extreme wildfires across California, Washington and Oregon as firefighters retreated from uncontrolled fires that forced tens of thousands to evacuate their homes and hundreds of thousands to lose power in the three states.

Parts of Medford, Oregon, a popular retirement location with over 80,000 residents in the state’s scenic Rogue Valley, were under evacuation orders or warnings as a growing wildfire closed a section of Interstate 5, the primary north-south highway in the West.

The fire moved north to Medford from Ashland, where it started on Tuesday. The blaze did little damage to Ashland, home to the historic stages of the Oregon Shakespeare Festival, which normally draws more than 350,000 theatregoers a year.

But as the blaze moved northward, it heavily damaged the small town of Talent with about 6,000 residents, according to local police. 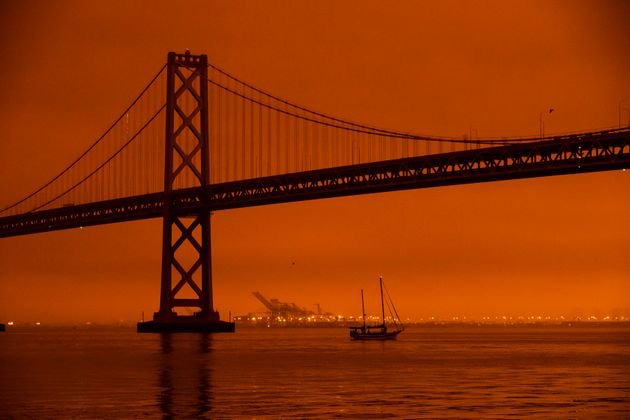 The Oregon town of Mill City, about 65 miles (105 km) south of Portland with a population around 1,900, also had major damage, and Malden, with about 200 people in eastern Washington state, was destroyed on Monday.

In central California, the Creek Fire about 35 miles (56 km) north of Fresno tore through a forest killed by drought and bark beetles as U.S. military helicopters pulled campers, hikers and residents out of the area.

Oregon Governor Kate Brown called the extreme heat and wind a “once in a lifetime event,” as climate scientists blamed human activities for higher average temperatures that have supercharged fires.

“This is proving to be an unprecedented and significant fire event for our state,” Brown told a press briefing. 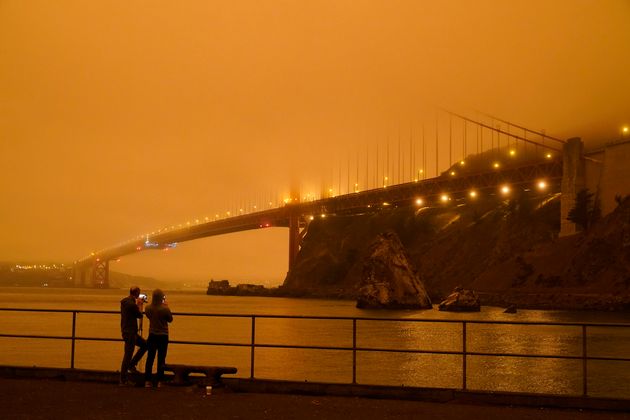 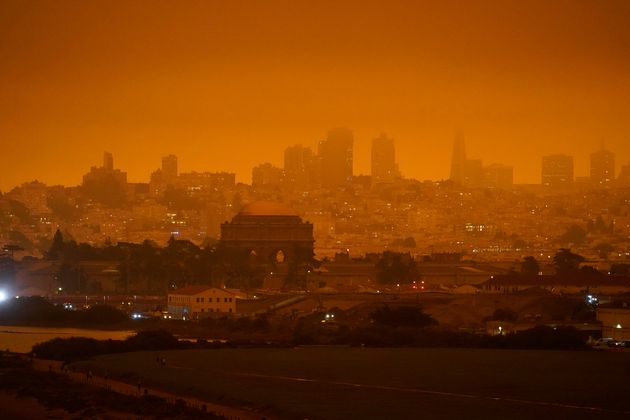 Across the United States wildfires have burned nearly 4.7 million acres in 2020, the highest year-to-date area since 2018, according to the National Interagency Fire Center.

Most of the fires are in western states, where 17 new large blazes were reported on Wednesday, bringing the total to 96 that have burned more than 3.4 million acres – an area nearly the size of the U.S. state of Connecticut.

Over a century of efforts by federal and state agencies to suppress naturally occurring blazes have left forests replete with dry timber and brush that provides fuel for large wildfires. 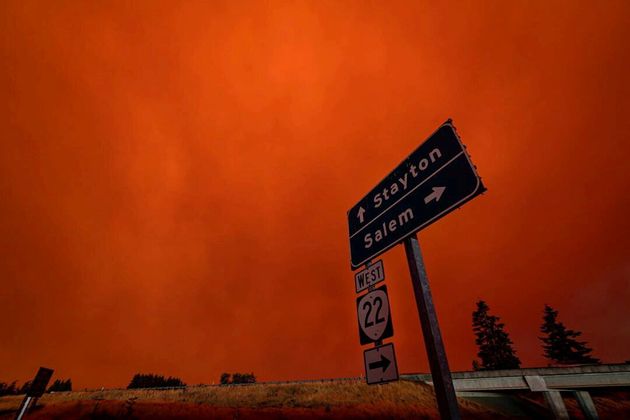 Home construction has encroached on some forests in recent decades, and owners are watching their houses burn as firefighters are unable to save property.

“You add the winds, the dry conditions, the hot temperatures, it’s the perfect recipe,” said Daniel Berlant, a spokesman for California’s state fire authority of the Creek Fire that has torched over 360 homes and other structures.

“This fire is just burning at an explosive rate.”